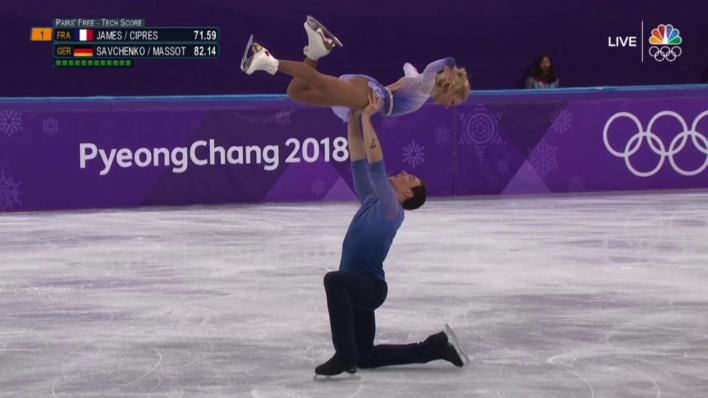 It was the performance of a lifetime. The technical part set a new world record, while the artistic performance left

It was the performance of a lifetime. The technical part set a new world record, while the artistic performance left

It was the performance of a lifetime. The technical part set a new world record, while the artistic performance left the crowd both breathless and rabid with cheer. At the end, the figure skating pair fell to the ground.

WE DID IT!!!!!!! 🇩🇪🥇 Thank you to everybody for you incredible support, without you none of this would have been possible!❤

This was Aljona Savchenko’s and Bruno Massot’s moment as gold medalists in pairs figure skating. And while outstanding performances are expected at the Olympics, this one in particular was special because of Savchenko’s backstory. At 34 years old, she had already been to the Olympics five times and still hadn’t snagged the Olympic gold medal she had dreamed of her whole life.

Originally from Ukraine, Savchenko had won Olympic bronze medals and plenty of gold accolades at world competitions, but she still dreamed of that one ultimate achievement.

However, after Sochi 2014, the chase had started getting the best of her, and she decided to step back. After all, at 30 years old, she had accumulated a bevy of medals and a track record of several Olympic performances.

But that year, the figure skater paired up with French-born Massot. It was instant chemistry. From its very first performances representing Germany, the pair established a connection and an understanding as natural as if they had skated together their whole lives. The new parternship revived Savchenko’s hopes to snag the coveted gold medal at PyeongChang 2018.

The difference between success and failure is a great team. If everyone is moving forward together, then success takes care of itself. Thank you @bruno_massot for opening the door to our dreams! What was once a dream is now a reality! Meeting you is now and forever my greatest achievement! _ #olympicgold #teamwork #thankful #pyeongchang2018

Then came the short program at PyeongChang, and all seemed lost. Bruno missed one of his jumps, which cost the duo a lot of points. But Aliona continued to believe in her dream. She encouraged her partner,  even though at that point the team needed a miraculous recovery to make Savchenko’s lifelong dream come true. I said to Bruno: ‘We will write history today.’ And then everything happened as I had imagined, and it came true,” she told CNBC.

Watch more touching moments of the duo’s Olympic journey below, and let Savchenko’s faith and perseverance inspire you to never give up on your own dreams.