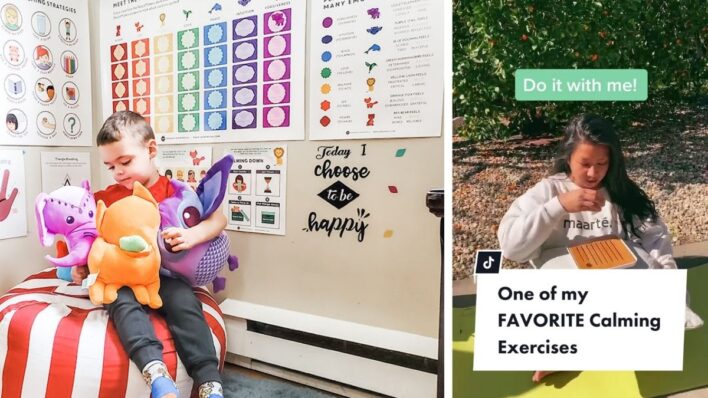 One mother’s uncommon take on a popular parenting method is causing many to rethink their approach. Forced timeout The ‘time-out’
By Bryan Liquor    March 15, 2021

One mother’s uncommon take on a popular parenting method is causing many to rethink their approach.

The ‘time-out’ has been a widely used parental discipline technique for over 50 years, per Wikipedia.

Also called the ‘naughty chair’ or ‘naughty step’, the method consists of casting a misbehaving child to a corner for several minutes.

The goal is for the child to reflect on what they’ve done wrong until they’ve calmed down.

However, many critics call time-outs everything from ineffective to coercive, with some experts even calling it ‘verbal spanking.’

One Tik-Tok mom nicknamed ‘maartemami‘ shared how her parenting epiphany caused her to rethink everything.

“After a few years of disciplining as an extreme tiger mother, i realized that I wasn’t connecting with my son. I learned the importance of getting attuned to his big feelings”

She says that time-outs only made things worse.

“There are such big emotions that lead up to timeouts and it didn’t feel effective to me to leave my son to sit alone with these big, scary emotions.”

And so, in a video that’s racked up over 1.4 million views, she revealed her solution: The ‘Calming Corner.’

It’s a cozy space where her son can “manage emotions and feelings first in a healthy way, and then deal with consequences after.”

“This gives him a super comfy, safe space as an outlet to reflect, center his mind, process his thoughts and regulate his emotions”

To help, there are squishy toys, essential oils, coloring books and a cordless sound machine within arm’s reach.

In the video, her son is quietly exploring his ‘calming corner’ without a hint of hysteria.

“The next generations is gonna be so evolved, this is amazing!” wrote one user. “I wanna do this when/if I have kids.”

“I’ve never understood why we punish kids for having emotions”

Another wished that they would have had a comfort corner as a kid.

“Wow this is amazing,” they commented “I was 17 when someone taught me how to identify my emotions and sort out the root of it to deal with it.”

The enormous interest prompted maartemami to create a step-by-step guide for parents to build their own “cozy corner.”

Maartmami’s story shows that a child’s emotions should be approached as teaching moments instead of fires to put out.

How a parent chooses to approach them can have lasting effects.

Looking to inspire your kids? Check out these uplifting quotes for children.