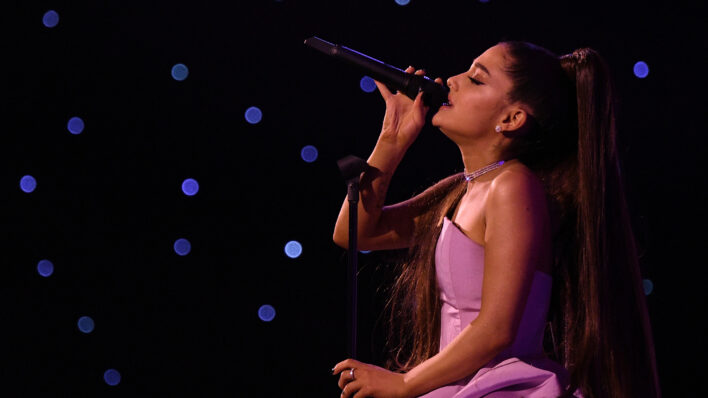 Ariana Grande has had quite a tumultuous year, both professionally and personally, and as she now embarks on her latest
By Aly Walansky    March 25, 2019

Ariana Grande has had quite a tumultuous year, both professionally and personally, and as she now embarks on her latest world tour, it promises to be a pretty emotional one.

Last week, Ariana Grande played her first showof the new tour in Albany and included a beautiful tribute to Mac Miller who passed away earlier this year by playing songs by her ex before the show even opened.

Ariana Grande has been taking Mac Miller’s loss very hard (and we get it) and since Miller passed, ended her engagement to Pete Davidson and got a tribute tattoo in Miller’s honor that reads “Myron” (the name of Miller’s dog). She also also sampled some of Miller’s work in her Sweetener song “Ghostin’.”

Ariana Grande clearly misses Miller, but she’s channeling that mourning into some beautiful art and a very touching tribute, and we are so honored to be able to share that creativity with her during what we are sure is a rough, rough time in her life.