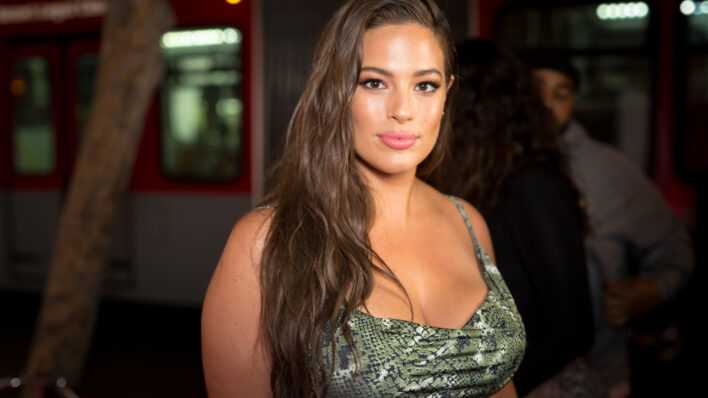 Ashley Graham has been happily married to her cinematographer and director husband Justin Ervin for 8 years now, and she has some
By Aly Walansky    January 11, 2019

Ashley Graham has been happily married to her cinematographer and director husband Justin Ervin for 8 years now, and she has some

Ashley Graham has been happily married to her cinematographer and director husband Justin Ervin for 8 years now, and she has some pretty great advice on how to keep the spark alive.

“Just have sex,” she tells ELLE magazine . “Have sex all the time. Even if you don’t feel like it, just have sex. I have found that if we haven’t had sex, we get snippy, and then if we are having sex, we’re all over each other. For us it’s like, ‘Oh, let’s have sex.’ And then we’re just right back in a great mood.”

And part of why things are so hot and heavy for the couple is that they abstained from having sex before marriage.

“Something that it did for us was build up our friendship, and it also built up our trust and communication,” Graham explained about waiting to have sex until after marriage. “Of course we were sexually attracted to each other; we would make out heavily. All those things were there. I wasn’t worried about, ‘What’s sex gonna be like with him?’ It was more, ‘Do I trust him? Is he someone I want to be with for the rest of my life?’”

Graham also discussed this aspect of their relationship in her 2017 memoir, A New Model: What Confidence, Beauty, and Power Really Look Like, saying that before she met Ervin (they met while volunteering at her church), she wasn’t so good at waiting to have sex. “I slept with half of New York City,” she told ELLE.

But abstaining was a part of the faith that brought the couple together and it’s still a big part of their relationship. “When you fast and you pray, it’s bringing more sensitivity to hear from God,” she explained. “That’s exactly what we wanted; we were like, ‘Okay, we want more sensitivity to be able to hear from God in the big decisions that we’re making.’ We do it together because there’s a verse in the Bible that says, ‘Where two or more are gathered, He is in the midst.’ So as we do it together, it just makes it even stronger.”

But don’t ask them about having kids any time soon. “For me, being a wife and being a woman, happiness doesn’t equate to having kids,” Graham revealed. “Kids will come when they come. Happiness right now, is building with my husband and building my business.”

If anyone knows how to sustain a happy marriage, it’s the supermodel and her husband. Despite their career paths, arguments and distance, they seem to have found a simple, yet effective way to stay happy.