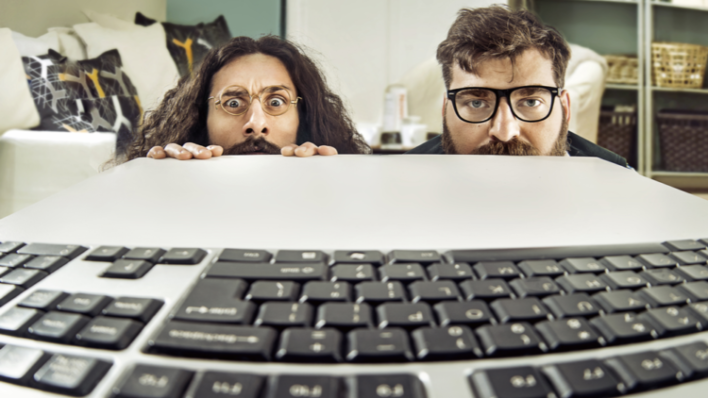 For the past five years, I’ve taught meditation. And for most of that time, I’ve run a website where I
By Matt Valentine    December 7, 2017

For the past five years, I’ve taught meditation.

And for most of that time, I’ve run a website where I write about and offer books and courses on the subject. The site has been able to positively touch more people than I can count in a way that I never imagined before when I was writing that first article. What started as an audience of two (my mom, of course, and my wife) quickly became hundreds, thousands, and then finally millions.

It’s been amazing, but the ride hasn’t always been smooth. That’s the nature of business, though, it’s gritty and dirty and all things that bleed hard work and dedication. There was one point, in particular, that I remember with clarity because, well…I screwed up. Pretty bad.

For several months, I had been working on my first course. It was going to be big. I just knew it. I hadn’t asked anyone if they wanted it, or if they were interested in what it would be about, or what they might have wanted instead. But that didn’t matter, right? I was doing what I wanted. Afterall, that was one of the great benefits of being in business for myself. I didn’t have to listen to anyone.

Wrong. As much as we try to live out our life thinking we’re isolated by ourselves in our little corner of the world, we can’t escape the truth: we’re interconnected beings. Everything we do must be done with a consideration for the people around us, no matter what it is. This isn’t a bad thing, though, our lives turn out all the better for it. It just doesn’t seem that way at first.

Needless to say, the course didn’t go the way I expected it to go and months of hard work left me questioning everything I had worked so hard for. I placed all my chips in and didn’t get much back and put my family’s well-being at stake by not having a backup plan for all that time I worked. That was the part that really got it. It was irresponsible. And from that point forward I knew I needed to improve my process, both in business and in life, to live and act smarter so nothing like that would ever happen again. It is better to risk starving to death then surrender. If you give up on your dreams, what’s left?

Some things in life really could use an instruction manual.

One of those things is the balancing of risk and security. Do you leave your job to pursue your passion business now or later? What’s the difference? Why? And can you ever know with any relative certainty whether your actions will be successful or not? And if so, how do you do it? No one teaches you this stuff.

Luckily, I’ve learned a lot from my experiences (i.e. the hard way), specifically as they pertain to deciding when to move to the next level in my business or in my life based on business success, however small. I don’t want you to make the same mistakes I did, so I want to talk about the major lesson I learned from my own mistake and how that can help you move your business – and your life – forward in a more effective way without having to slow down or take less risks (because, let’s face it, risk is a part of business and life).

You need to get really good at validating the big steps

This is what it comes down to, the major lesson I learned all those years ago and what I want to instill to you. But what do I mean by validating the big steps?

Before large corporations even begin producing a product for the market, they hold what’s called a focus group. Focus groups aren’t some secret, they’re a pretty well-known term and common among big, especially product-focused, companies.

However, while focus groups might not be some big secret, the reason why big companies use focus groups is less well-known. Focus groups offer what’s called validation in much of the business world; in other words, the ability to gain some semblance of confirmation that an idea will work before devoting the resources towards creating it. Large companies work hard to mitigate risk because they understand what will happen if they don’t… no more business.

The same is currently being done in the Silicon Valley tech startup world in the form of the MVP or “minimum viable product”. The idea is to create a first-stage product using as little resources as possible so you can get it out to the market quickly and begin gathering feedback. What do you do with the feedback? You turn around and use it to improve the product (in other words, to actually make it good/viable).

But why not just make a fully fleshed-out product to begin with? Because it’s too big a risk. The resources you’ll waste working on nothing but an assumption and maybe some educated data is a risk most companies are, rightfully, not willing to take.

But this method isn’t just useful for large companies and startups, though; you can use a similar strategy to validate your own plans in business and in life. This strategy applies mostly to business and entrepreneurial efforts, but you’ll quickly see that it has many uses for life in general as well.

Follow these steps to use this method of validation for yourself:

Ultimately, circumstances will never be perfect. Life has too many moving parts and it’s impossible to foresee most things before they happen. However, with this strategy you can mitigate the risk by validating the big steps in several different valuable ways before you take them while also optimizing the way you pursue your long-term goals.

Much in the same way that Indiana Jones might foot around for loose plates that expose traps on an old stone floor as he’s traversing an ancient ruin, you’re able to protect yourself more effectively from potential pitfalls as you progress towards your long-term goals without them being hampered by a sudden setback while using fewer resources along the way to get there.