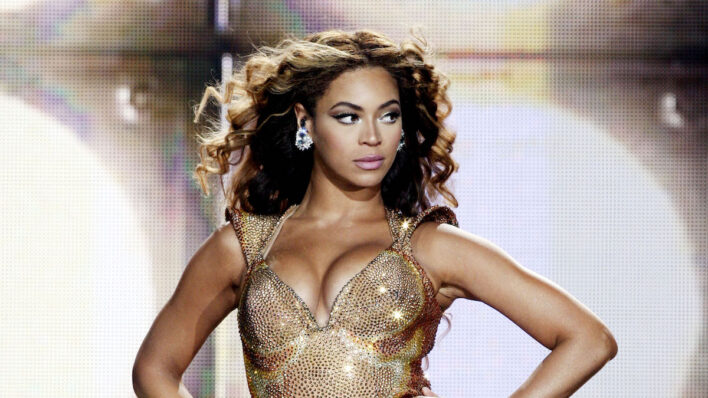 Beyonce’s first boyfriend Lyndall Locke opens up about his biggest regret: letting the love of his life slip through his fingers.
By Shaoni Das    May 19, 2021

Beyonce’s first boyfriend Lyndall Locke opens up about his biggest regret: letting the love of his life slip through his fingers.

Beyonce and Jay-Z are the most influential power couple of our times.

In fact, their reputations have been so intertwined for the past 20 years that people can’t seem to associate either of them with another partner. Beyonce, in particular, has been romantically involved with Jay-Z since she was 21, which means that she didn’t really have a chance to test the waters as an adult. Who knows how her life may have turned out had she spent more time in the early 2000s’ dating pool?

That is until he revealed the innermost details of his relationship with Beyonce.

Lyndall told The Mail that he met the Single Ladies singer when she was just 12. They were introduced by Beyonce’s best friend and Destiny’s Child member Kelly Rowland at a preteen church group. As an adolescent couple, they took part in the most ordinary yet adorable activities one could imagine: “we watched videos, went to the movies, went out for chicken,” said Lyndall. He said that they were just “two kids in love for the first time” and didn’t exactly anticipate Beyonce’s career to take off in the brilliant fashion that it did. He also revealed that the former lovebirds had their first kiss at a Brian McKnight concert a year into their relationship.

The bigger star she became, the more I didn’t think I was good enough

Lyndall Locke to The Sun

Though their connection felt sweet and innocent, Lyndall stated that he sensed early that the Knowles family was “fixated” on catapulting Beyonce into fame. As a result, Beyonce apparently had to reckon with a double-life of sorts: one, where she was rehearsing endlessly and doing local talent shows and making herself known to the Houston music scene, and two, where she’d just chill with Lyndall away from her parents’ watchful eyes. “When she was with me it was downtime,” he reiterated.

Lyndall said that when Beyonce accompanied him to his senior prom, she reportedly told him that it’s “great to be normal. To be a kid.” He added that he wasn’t really part of her “music” journey, but Beyonce still made time to talk to him on the phone for hours. However, during the formation of Destiny’s Child and their subsequent first album, Lyndall started feeling increasingly isolated amidst the fame “train” and felt like he wouldn’t be enough for Beyonce. Her celebrity was surging with each passing day, and he worried that she would leave him in the dust sooner or later.

We were together for ten years. I saw the changes in her. She needed someone like Jay-Z to take her to the next level. There’s no hard feelings.

Lyndall Locke to The Mail

Lyndall disclosed that with the rapid changes occurring in their lives, mainly Beyonce’s, he had a hard time staying committed. Beyonce would frequently leave town to go on Destiny’s Child tours, so he went to a bar one night, got drunk, and slept with another woman. Sadly, this was only the first of many indiscretions.

Over the course of a few years I cheated on her about five times, but I never told her until after we broke up […] Who cheats on a woman as beautiful as Beyonce? Well, I am that man and it’s something that’ll always haunt me.

Lyndall Locke to The Sun

Lyndall shared immense regret at hurting Beyonce, knowing that she was only trying to follow her dreams and make it big in Hollywood. All he could do was grow increasingly disillusioned with her burgeoning fame and feel inadequate at not fitting in with her crowd. He even had the privilege of joining her backstage in many a concert in the late nineties and early 2000s, but each and every experience into her luxurious lifestyle left him feeling more out-of-place than before.

It’s no doubt challenging to navigate a relationship when one party becomes a global phenomenon and the other party is just figuring out their life, yet cheating is never the solution. It’s what Lyndall realized when Beyonce started distancing herself from him and started spending time with Jay-Z. In 2003, Lyndall asked Beyonce whether she was really in love with the rapper. Beyonce allegedly said that Jay wasn’t her “type” but proposed that she and Lyndall take a break anyway. Thus, their ten-year relationship came to an end.

Lyndall, an owner of a catering business and a father to a two-year-old son, couldn’t be more pleased to be in a long-term relationship with the mother of his child. Yet, he still feels remorse over his past actions and wishes that he could have ended things with Queen B on a more cordial note. Lyndall told The Sun that despite his errors, he knows that she loves him “no matter what,” even though she’s been with Jay Z for nearly twenty years.

Beyonce hasn’t really discussed her relationship with Lyndall in the press, but she did let on in an interview in 2008 that she’d only had one boyfriend before Jay. She said that even at the age of 17, she was “very loyal and a little more mature.”

When I was 12, 13 I had my first boyfriend, and he was my boyfriend till I was 17. At that age, that was a long time […] Though I was too young for it to really be a boyfriend — we didn’t live together, we didn’t, you know… That was my only experience with a guy, and since then I’ve only had one other boyfriend in my life.

Beyonce to The Telegraph

Treat people right through and through

Lyndall’s bittersweet relationship with Beyonce proves that we need to do better in treating our loved ones. It’s critical to note that Lyndall was only a young adult himself when he betrayed Beyonce, but his mistake cost him his rapport with one of the brightest, most beloved women in the world. Unfortunately, when it comes to real life, even one error is enough to jeopardize the whole relationship.

So we need to be more empathetic in how we interact with our loved ones. If they leave us for any one reason, we’ll be paying a long and hefty price. Sometimes that’s what it takes for you to realize their value in your life, so instead of waiting for those painful realizations, it’s better to be proactive and lead with kindness and understanding. Don’t wait for a signal to treat your loved ones. Just do it and reap the benefits yourself.