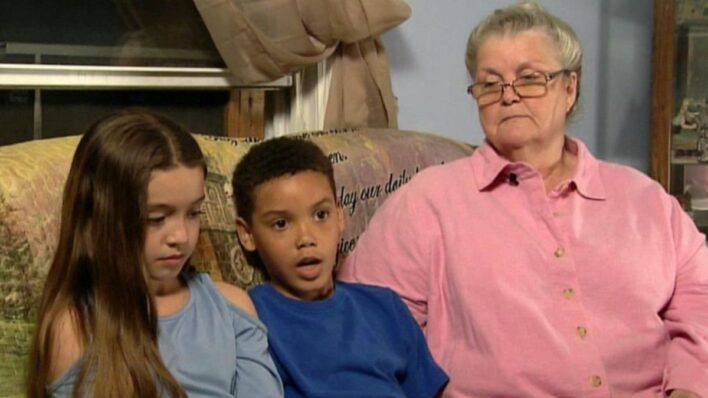 One boy is being hailed as a hero after saving his sister’s life in a scene straight from an action
By Bryan Liquor    March 12, 2021

One boy is being hailed as a hero after saving his sister’s life in a scene straight from an action movie.

69-year old Nita Coburn of Middletown, Ohio was driving her sick daughter to the hospital emergency room while her two grandchildren, 8-year-old Chance Blue and 10-year-old Skylar Weaver were in the backseat.

Chaos erupted when Nita exited the vehicle to help her daughter into a wheelchair.

A man appeared and suddenly jumped into the driver’s seat, speeding off with the two kids still seated in the back.

A frantic Coburn gave chase on foot, reaching inside the driver’s side door in a desperate attempt to stop the car.

“I heard them screaming and I ran to the car”

However, the driver slammed the door and picked up speed, forcing Coburn to let go.

Meanwhile, in the backseat, her quick-thinking grandson immediately opened the door of the moving car to escape. Yet at that moment, the man reached back and grabbed his sister by the hoodie.

That’s when Chance pried her free and the two siblings tumbled out of the moving car to safety.

When the smoke settled, Coburn and her grandkids were reunited, all fortunately unscathed.

Although Coburn’s physically fine, she tells WCPO the memories still haunt her.

“Every time I think about it, I want to cry,” she said. “It’s the most morbid feeling in the world.”

Siblings have an unbreakable bond

Middletown Police Chief Rodney Muterspaw heaped praise on the boy in a statement, saying, “This little guy is a hero. No question,”

Chase’s actions show that siblings will stop at nothing to help each other, no matter distance or danger. If you’re blessed with them, thank your lucky stars.