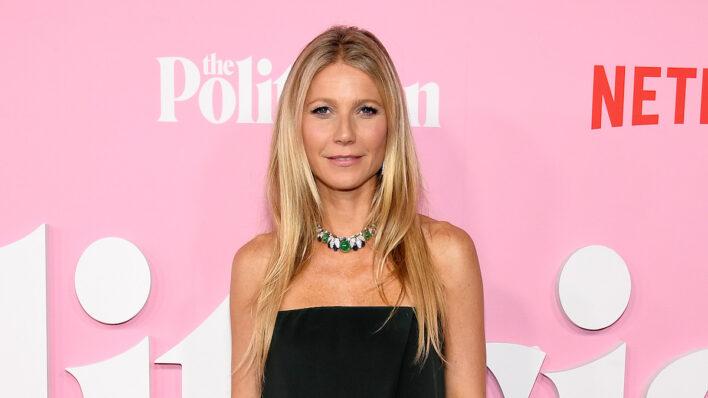 The actress reveals Brad Pitt’s brave actions to protect her against Harvey Weinstein.

Brad Pitt was Gwyneth Paltrow’s unsung hero in the 90s.

He began dating her after meeting on the set of their movie Seven. The two were one of Hollywood’s sweetest couples. They were young, good-looking, and completely obsessed with each other.

In 1995, Brad came to Gwyneth’s rescue after trusting someone she shouldn’t have. Movie mogul, Harvey Weinstein tried to take full advantage of Gwyneth after landing the lead role in one of his movies. What happened got Brad so upset that he knew he had to do right by Gwyneth, even if it meant risking his own career.

Gwyneth was a 22-year-old who had just begun her rise to fame. She had just been cast for the lead role in a movie that would soon earn her first Oscar. Harvey led a business meeting in his hotel room where it seemed he planned to become intimate with Gwyneth after. He asked her for a massage then insisted they proceed to the bedroom to finish it off. Gwyneth rejected Harvey’s advances and was shaken up by what happened.

I was a kid, I was signed up, I was petrified… I thought he was going to fire me.

Gwyneth Paltrow in The Guardian

According to People, Harvey threatened Gwyneth after the incident and told her to keep it a secret. She knew her career was on the line but still felt blindsided by him. So, she told Brad exactly what Harvey had done.

Brad confronted Harvey when no one else would

Brad and Gwyneth attended an opening of Hamlet on Broadway, and so did Harvey. That was where Brad saw his opportunity to right a wrong. According to People, Gwyneth recalled how Brad and Harvey’s confrontation was equivalent to someone being thrown against the wall. He threatened Harvey to make sure he would never touch Gwyneth again.

“I just wanted to make sure nothing was going to happen further because she was going to do two films (with Weinstein),” said Brad.

Brad knew he was risking a lot, but he was simply looking out for Gwyneth.

“At the moment, I was just a boy from the Ozarks on the playground, and that’s how we confronted things,” said Brad.

Harvey left Gwyneth alone after his confrontation with Brad

On the Howard Stern Show, Gwyneth revealed how Brad’s words seemed to scare Harvey off. She said that after the incident, Harvey was never inappropriate with her again.

It was so fantastic… he leveraged his fame and power to protect me at a time when I didn’t have fame or power yet.

She is still thankful for what Brad did. Even though they aren’t together anymore. She continues to speak fondly of him because he was there when she needed him the most.

Brad praises the current workplace dynamics between men and women

In an interview with CNN, Brad was asked to elaborate on his heroism and motivation for challenging a former powerful figure like Harvey. He said the conversation on workplace dynamics between genders was an important story to tell. He reflected on how it was back then and how much of its recalibration was “long overdue” in our current generation.

I think the interesting thing is that… men and women’s dynamics is being recalibrated. Recalibrated in a very good way that is long overdue. And I think that’s an important story to tell.

Harvey Weinstein was a powerful Hollywood figure for a long time and Brad was well aware of how much he had to lose by confronting him. But no matter the cost, he did what was right for Gwyneth. His actions emphasize the importance of doing the right thing, but that it is also possible even in the face of powerful and intimidating threats. Brad teaches us how to truly protect the vulnerable fearlessly and unapologetically.