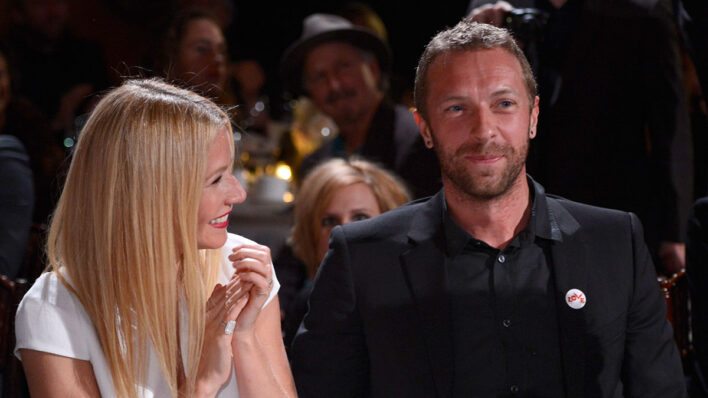 What Gwyneth Paltrow and Chris Martin Got Right About Conscious Uncoupling

Gwyneth Paltrow and Chris Martin caught a lot of flack for consciously uncoupling instead of divorcing, but there is something we can learn from them.
By Maya Khamala    November 8, 2019

Gwyneth Paltrow and Chris Martin caught a lot of flack for consciously uncoupling instead of divorcing, but there is something we can learn from them.

While it’s (relatively) easy to accept good things like money, opportunity, and romantic love into your life, being able to recognize when something is no longer serving you— and in fact may be impeding you— is another matter altogether.

Why did Gwyneth Paltrow and Chris Martin break up?

Let’s take Gwyneth Paltrow and her ex husband, Coldplay frontman Chris Martin as a perfect celeb example of knowing when (and how) to best fold ‘em, shall we?

In 2014, after almost a decade of marriage and 2 children to think of, they announced their “conscious uncoupling” on Paltrow’s lifestyle website, Goop. The term, originally coined by lifestyle guru Katherine Woodward Thomas rose to fame largely in response to their statement.

“We have always conducted our relationship privately, and we hope that as we consciously uncouple and coparent, we will be able to continue in the same manner,” the statement read.

Martin and Paltrow finalized their divorce in 2016.

What is unconscious uncoupling, really?

So what’s the difference between conscious uncoupling and divorce? Is it purely semantic? I mean, what’s in the words we use anyway?

Earlier this year, Paltrow broke down her now infamous take on divorce to Dax Shepard on his “Armchair Expert” podcast.

Of the ritual anger, bitterness, and separation that typically characterizes even the best of divorces before it’s remotely possible to consider ‘being friends,’ she said, “I wonder if there’s a way to circumvent that and just go directly to the point where we’re friends. We’re family, that’s it. We can pretend we’re not, and hate each other … or, let’s try to reinvent this for ourselves.”

“At the time I was in a lot of pain,” she says of the initial uncoupling. “It felt like such a failure to me. It was so hard and I was so worried about my kids… We just want to be nice to each other and stay a family.”

Terminology aside, a family they have stayed. “We’ll have a weekend all together; holidays, we’re together. We’re still very much a family, even though we don’t have a romantic relationship. He’s like my brother,” she says of Martin.

As is to be expected, Paltrow faced a considerable backlash for using the term “conscious uncoupling” rather than “divorce.”

The phrase was ridiculed for being new agey and a self-helpy—not to mention it had already been a topic of exploration on Goop before she herself used it.

In response to the eye rolls, Woodward Thomas points out that there are several misconceptions about uncoupling: that it is only for celebrities and the elite, for example, or that you have to have your former spouse on board to go there.

“It isn’t about becoming friends with your former partner if you don’t want to be,” Woodward Thomas says. “If you have been badly treated you might want to never have anything to do with that person again, but you don’t want to internalize your hatred… It is particularly for anyone having a hard time and in danger of moving into a negative cycle that can end up hurting them in the long run.”

The conscious uncoupling process is for anyone, including someone still not over an old heartbreak, and even those whose relationships are characterized by betrayal or abuse.

Thomas calls it “a thing we aspire to,” adding that she hasn’t met one person who has done it perfectly, herself included.

The process is made up of several steps focused on identifying, naming and accepting negative emotions, as well as taking responsibility for one’s part in the separation, no matter how small.

Then there’s also a bit about forgiving the other person and being forgiven (presumably flexible depending on one’s situation), clearing away old agreements the relationship was formed upon to make way for new ones, and helping one’s community/family understand the new form the relationship is taking.

The goal? Gold, of course!

If you’re staunchly in the eye roller’s camp, that’s your right, but ultimately the goal of consciously uncoupling is to, well, consciously learn from your experiences and move forward to healthier and happier relationships.

As Gwyneth wrote on Goop: “I have decided to give it a go again, not only because I believe I have found the man I was meant to be with, but because I have accepted the soul-stretching, pattern-breaking opportunities that (terrifyingly) are made possible by intimacy.”

And in case you’re wondering what Falchuk thinks of his wife still spending time with her old family unit (that means Martin), he’s totally down.

For their honeymoon, they chose a family affair, inviting along Martin, his two kids with Paltrow, Apple, 14, and Moses, 12, and Falchuck’s two children from a previous marriage.

So there you have it. Perhaps there is something to being intentional about one’s evolution after all.

Words are powerful agents, so why not use them to add positive definition to life and love?

Here’s to conscious coupling and uncoupling alike! May we own our feelings through it all.