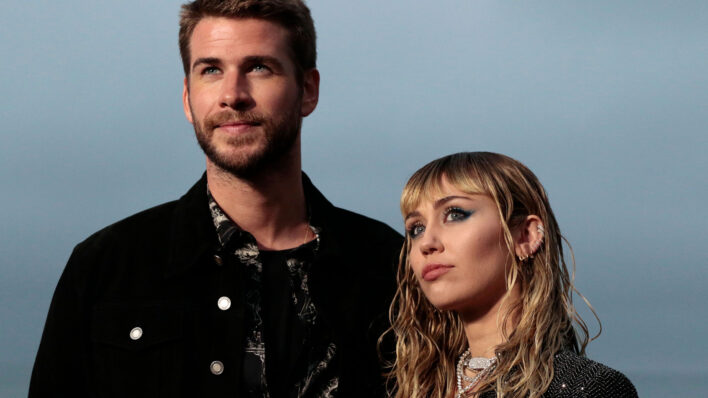 Miley Cyrus has grown infamous for her wild antics, but her mature reason for splitting with husband Liam Hemsworth is a valuable lesson.
By Barbara Pavone    September 6, 2019

Miley Cyrus has grown infamous for her wild antics, but her mature reason for splitting with husband Liam Hemsworth is a valuable lesson.

If there’s one thing Miley Cyrus and Liam Hemsworth’s relationship can teach us, it’s the importance of honesty. Honesty with yourself, and to those around you.

Being unapologetically true to yourself can be difficult, especially when a relationship is involved. The very thought of letting your partner down might keep you from making a decision that’s right for you. Add to that the fear of being considered “selfish” by the outside world and choosing to follow your heart can prove to be a struggle.

Cyrus and Hemsworth certainly never had a simple, linear romance. After meeting in 2009 on the set of The Last Song, the couple were on-again, off-again for years. Even after first getting engaged in 2012, they called it quits, then reconciled in 2015, and eventually walked down the aisle in December 2018.

Unfortunately, come August 2019, the couple had separated, less than a year after their nuptials.

What happened? Although we may never know the full story, Cyrus has since spoken at length about embracing personal growth and learning that “change is inevitable.”

Here’s what we can learn from Miley and Liam:

First, give love a fair chance

Cyrus and Hemsworth first began their courtship when they were still teenagers — she was 17, he 19 — so it was inevitable that they would grow, both as individuals and as a couple. Unfortunately, you can’t guarantee that you’ll always drift in the same direction as your partner.

Cyrus certainly did her best, however. As she explained on Twitter, “I f***ed up and cheated in relationships when I was young, but the truth is, once Liam and I reconciled, I meant it, and I was committed. There are NO secrets to uncover here.”

While the young stars clearly saw the importance of having faith, putting in the work and giving their love a chance, after a decade, they were unfortunately “not on the same page when it comes to a lot of fundamental things that make a relationship work,” a source told People.

For example, Hemsworth reportedly wanted “to settle down and have a conventional family including kids” while Cyrus was never shy about voicing her disinterest in a cookie-cutter romance. As she told Elle in 2019, “My relationship is unique […] It’s so complex, and modern, and new that I don’t think we’re in a place where people would get it.”

“I’m in a hetero relationship, but I still am very sexually attracted to women,” she added, explaining, “I made a partner decision. This is the person I feel has my back the most. I definitely don’t fit into a stereotypical wife role. I don’t even like that word.”

While merely giving up is never the answer, there is no shame in walking away from a situation in which you feel forced to compromise or change your true self in a way that simply isn’t rewarding.

Despite the effort that Cyrus and Hemsworth made to find a middle ground and work past their differences, their relationship simply wasn’t meant to be eternal — and that’s okay. The time they shared was certainly not a waste.

As Cyrus declared on Twitter, “I’ve said it before and it remains true, I love Liam and always will.”

At the end of the day, the decision to part ways was not born from a place of hate, but rather from the admittance that time changes you.

“I had to make a healthy decision for myself to leave a previous life behind,” Cyrus confessed on Twitter, adding, “I am the healthiest and happiest I have been in a long time. I am proud to say, I am simply in a different place from where I was when I was younger.” She elaborated on that same principle on Instagram, writing:

Don’t fight evolution, because you will never win.

If you grow from it, it’s not really an ending

Only when you stop listening to outside voices and start paying attention to the one that matters most — your own — can you set yourself free from unfair pressure and expectations.

It’s only once you decide to be true to yourself and your evolution, no matter how difficult that may be, that you can set off on the road to finding pure happiness and total fulfilment. That, in turn, will always land you exactly where you’re supposed to be.