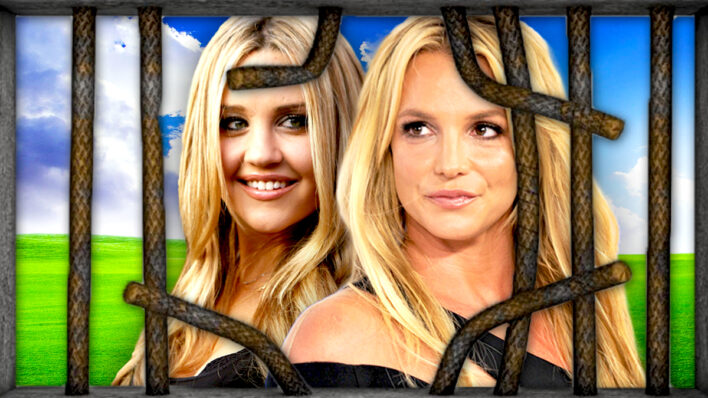 Britney Spears, Amanda Bynes and Why Breaking Conservatorship Is Such a Powerful Victory

Conversations about conservatorships have permeated the pop culture landscape in recent years, with detractors arguing they deprive women of essential personhood. And that’s exactly why ending them is so important.
By Shaoni Das    March 26, 2022

Conversations about conservatorships have permeated the pop culture landscape in recent years, with detractors arguing they deprive women of essential personhood. And that’s exactly why ending them is so important.

Perhaps no single word in recent times has been thrown around the pop culture lexicon with as much controversy and magnitude as “conservatorship.”

The institution of conservatorship has existed in some form or another since the formalization of law and order. In essence, it grants authoritative powers to a guardian over another person or organization’s personal and professional affairs. Mostly, this is due to that person being too old, too young or too sick to make their own decisions , and is generally meant to protect them.

However, as we’ve seen in very public cases, like, most notably, the one faced by Britney Spears, there’s something particularly visceral about the full extent of what a conservatorship could entail, especially when grown people — in particular women — have to fight tooth and nail to escape them.

As a result, there has been a collective examination of the entire concept of conservatorship and how its ostensibly protective merit is often manipulated and distorted to control women and suppress their mental health struggles. The most recent example of a conservatorship in the public eye coming to a cathartic close, after Britney, is the case of Amanda Bynes.

Why Did Amanda Bynes Have a Conservatorship – And Was It Really Necessary?

On March 22, 2021, a Ventura County judge officially terminated the conservatorship for Amanda Bynes, who had been placed under her mother’s “protection” over nine years ago. As mentioned, this comes directly on the heels of Britney Spears’ conservatorship ruling in November, which finally put an end to the legal arrangement that had been controlling Britney’s personal care and wealth for well over 14 years.

In Amanda’s case, many members of the public didn’t even know she was under conservatorship until it was announced she was filing to terminate the setup. Unlike Spears, Amanda didn’t have to go through a tedious, drawn-out struggle in the public eye to get the motion passed in her favor. Her demand was granted only a month later, with the actress finally granted the ability to decide her own state of affairs.

Amanda’s decline from A-list teen sensation to a person publicly dealing with many issues surrounding mental health and addiction has been well-documented in the media. Since 2010, she has quit acting, been arrested multiple times for offenses like driving while intoxicated, and been admitted to psychiatric facilities to get the help she needs and deserves.

RELATED: Bella Hadid’s Biggest Regret and Rivalry Reveal So Much about Celebrity Anxiety

In August 2013, Amanda’s mother Lynn was ordered by a court to take over her daughter’s personal and financial affairs, with the judge citing that Amanda “poses a substantial risk to herself, to others, and to property.” Though Lynn did seek consultation from legal professionals over how she could best oversee Amanda’s estate and guardianship, she remained the primary conservator.

Despite losing decision-making power over her own life, Amanda tried her best to improve her condition. She went to rehab, focused on her sobriety, pursued fashion as a professional pathway, and even found love. When it was reported she was trying to end her conservatorship, her loved ones and supporters couldn’t be more ecstatic. Even her mom and dad, who were said to have maintained a positive dynamic with Amanda throughout the ordeal, were on board with the termination.

The family lawyer, David A. Esquibias, told TMZ that the petition to end the conservatorship had been “years in the making” and that both Amanda’s mom and dad had “realized the significant progress [Amanda] made in coping with bipolar disorder.”

When the judge officially decided to discontinue the arrangement, Amanda, via a statement from her lawyer, said, “I would like to thank my fans for their love and well wishes during this time.” She also thanked her parents for their support over the last nine years. She concluded by saying she’d like to continue prioritizing her well-being and is excited about the new chapter in her journey.

In the last several years, I have been working hard to improve my health so that I can live and work independently, and I will continue to prioritize my well-being in this next chapter.

Britney Spears’ conservatorship, unlike Bynes’, had been so controversial and protracted, it effectively shattered the relationship between herself and her father, Jamie Spears, for good.

Spears’ conservatorship order was established in 2008 in the wake of her public breakdown, which included psychiatric restrictions and orders around her children’s safety. Much has been written about this period in Britney’s life — who was to blame, who should have provided support, to what extent should the public have weighed in, the responsibility carried by her loved ones — but the fact remains that Britney wasn’t given the resources she needed to heal. She was left to fend for herself, and therefore submitted to the legal protocol purported to heal her.

As mentioned above, a temporary conservatorship can be beneficial in a few ways to help someone slow down and restore their mental faculties, but if a stipulation runs too long, it may endanger stripping those under protection of not just their autonomy but any semblance of inner peace they might achieve.

In Britney’s case, her family and legal team should have realized and recognized Britney’s progress as she was starting to demonstrate sound capabilities. Instead, they forced her to work in endeavors she had no passion for, prevented her from participating in rehabilitation, kept away her children, and governed her reproductive health. This took place for nearly 14 years, and it took a documentary and a global movement to reverse the damage.

Why Breaking Away from Conservatorship Is So Important

Not all conservatorships are equal — everyone will have a different experience, and for many, it is a necessary course of action. What more of us need to acknowledge, however, is how there’s a broader distaste for women going through mental health illnesses, and how, if they cross a supposed limit, they are punished, imprisoned, and in many ways, infantilized.

There is a way to help these women without trapping them in devastating circumstances that steal their lives for far too much time. On many occasions, as we’ve seen especially with Britney Spears, long-term conservatorship is just a convenient way to control women, their day-to-day lives, their long-term visions, their key relationships, and everything in between. The focus should be on nurturing these women, empowering them to fight their mental health struggles and helping them reclaim their right to freedom — not to keep them locked in the same situation, devoid of any agency or ownership.