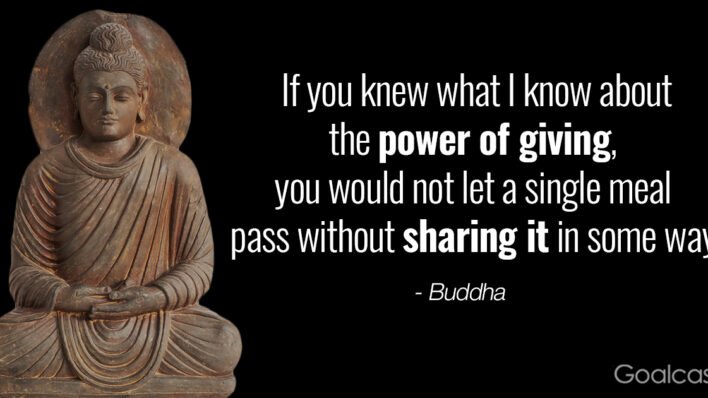 22 Buddha Quotes to Lead you Down the Path of Enlightenment

Born in Nepal in the 6th century B.C., Siddhartha Gautama, who would later become known as Buddha, was a spiritual
By Flavia Medrut    May 11, 2018

Born in Nepal in the 6th century B.C., Siddhartha Gautama, who would later become known as Buddha, was a spiritual leader and undoubtedly one of the most influential figures of all times.

It is said that the “awakened one” was the son of a king who wanted to keep him away from seeing the world’s suffering and hardship, so Buddha was raised in opulence in a palace that was built especially for him. It was only in his late 20s that Buddha decided to leave the palace and confront the reality outside the protective walls.

After 49 days of deep meditation, Buddha attained enlightenment and found all the answers he had been seeking for. He spent the rest of his life traveling and preaching the Dharma to all those who wanted to follow the path of enlightenment.

Buddha’s life and teachings serve as the foundation of the Buddhist religion and he is considered to be one of the 10 major avatars of Vishnu, the Hindu god of preservation.

Here are Buddha quotes for living a more peaceful and meaningful life: 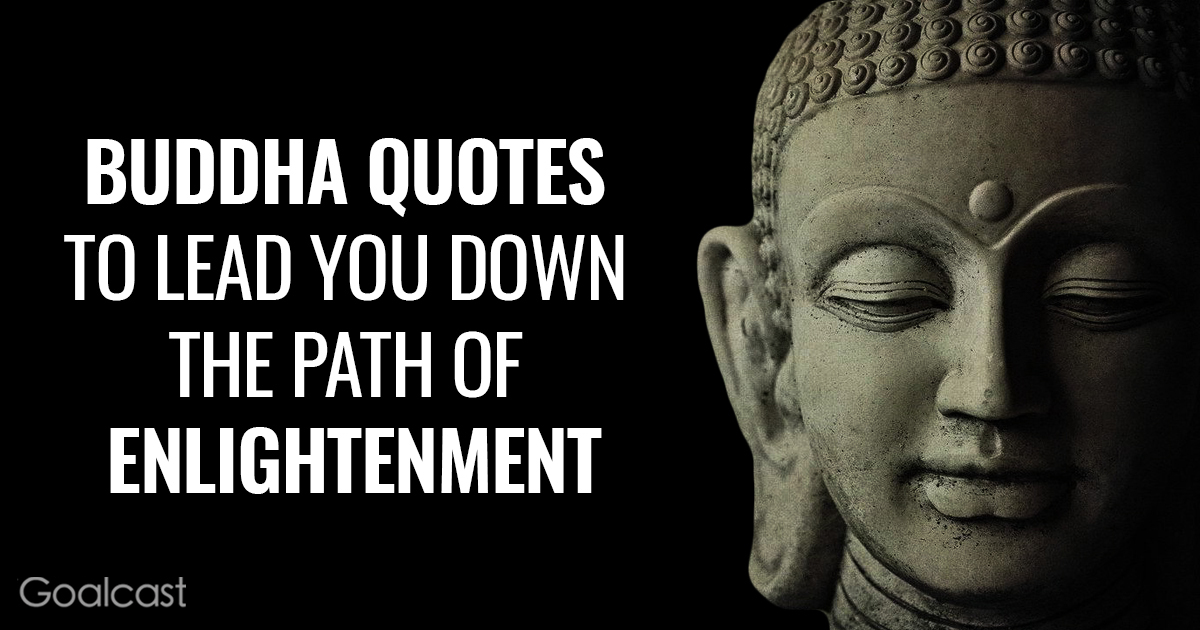 Better than a thousand hollow words, is one word that brings peace.

If you knew what I know about the power of giving, you would not let a single meal pass without sharing it in some way.

Nothing can harm you as much as your own thoughts unguarded.

People with opinions just go around bothering each other.

Drop by drop is the water pot filled. Likewise, the wise man, gathering it little by little, fills himself with good.

If anything is worth doing, do it with all your heart.

It is easy to see the faults of others, but difficult to see one’s own faults. 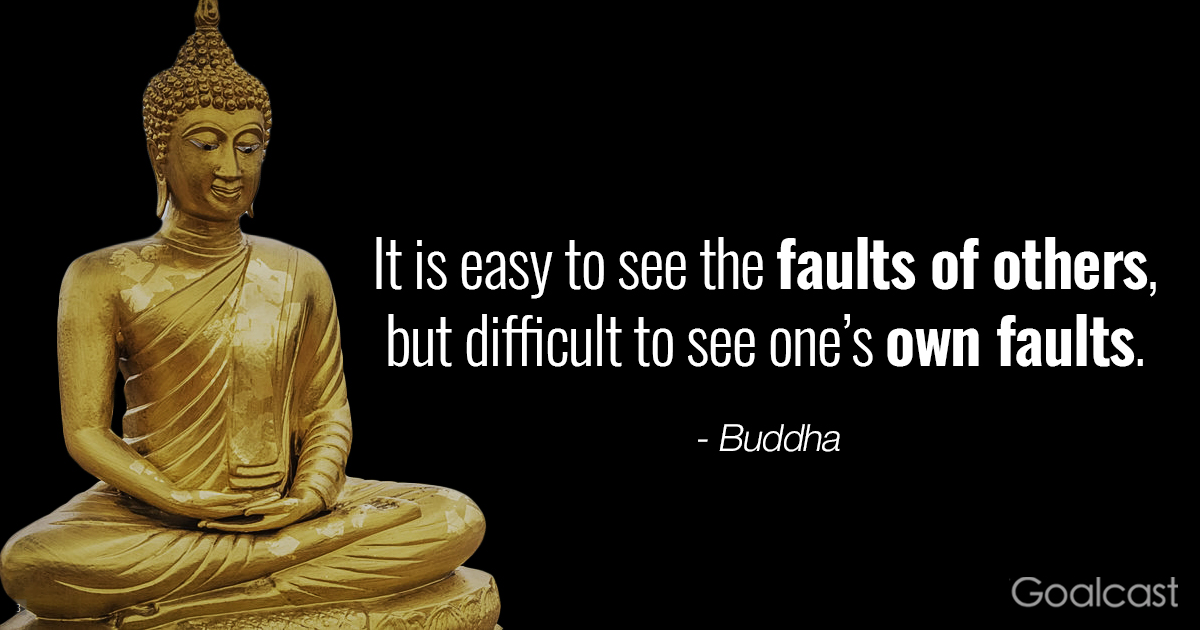 Three things cannot hide for long: the Moon, the Sun and the Truth.

Conquer the angry one by not getting angry; conquer the wicked by goodness; conquer the stingy by generosity, and the liar by speaking the truth.

Do not look for a sanctuary in anyone except yourself.

If one speaks or acts with a pure mind, happiness follows him like a shadow that never leaves him. 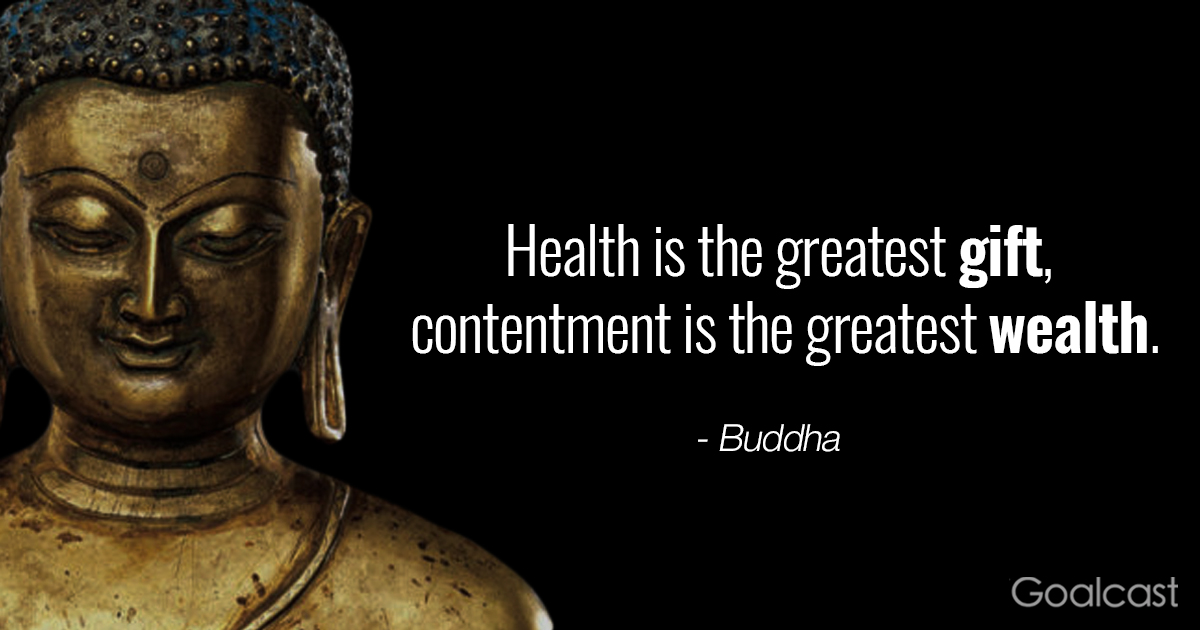 If you don’t tend to one another, who then will tend to you?

The foolish and the ignorant give themselves over to negligence; whereas the wise treasure mindfulness as a precious jewel.

As a mountain of rock is unshaken by wind, so also, the wise are unperturbed by blame or by praise.

Hatred does not cease by hatred, but only by love; this is the eternal rule.

That deed is not well done, if one has to repent for having done it, and if, with a tearful face, one has to weep as a result of that deed.

It is a man’s own mind, not his enemy or foe,  that lures him to evil ways.