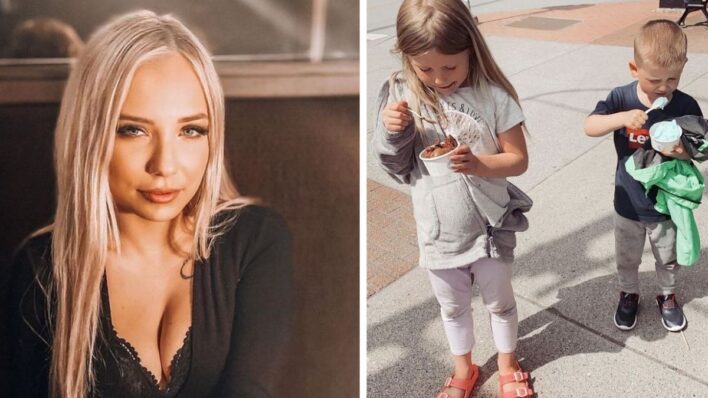 One maverick mom defended herself against critics who accused her of cheaping out on her kids’ clothes while rocking expensive threads.  A
By Bryan Liquor    May 25, 2021

One maverick mom defended herself against critics who accused her of cheaping out on her kids’ clothes while rocking expensive threads.

26-year-old Caitlin Fladager of Vancouver, B.C is no stranger to controversy.

The mother of two had the internet bad-buzzing when she admitted to smoking marijuana when her kids were awake, even crediting it with making her a better mother.

Recently, Fladager took to Facebook to address criticism around a topic that all parents can relate to: dressing their kids.

“Your kids only wear clothes from Walmart, while you get dressed up a lot. Not a good look for you as a mom…”

And, as for her own dress code, she’s quick to point out an important difference.

“I am not changing my mind daily about what color I have randomly decided I don’t want to wear ever again. I am not a kid.”

“I buy them cheaper clothes because I refuse to be the mom who yells at them for spilling a drop of ice cream on a brand new shirt.”

Her post racked up more than 16,000 likes along with hundreds of comments, mostly from parents showing their support.

“I would rather buy Walmart clothes and be able to take them to do other things and make memories, because I don’t remember what I wore everyday at 10,” said one.

Another parent wrote, “I can’t believe that’s even a thing people come at you about. They obviously don’t have kids.”

And another commenter perfectly captured the idea.

“You more than likely remember the memories made at the time, Not the clothes. So great job momma!”

Fladager then mentioned the picture posted of her kids decked out in Walmart wardrobe.

“When I look at this picture, it reminds me why I do that,” she said.

“The dirt, the smiles, and the ice cream makes me way [happier] than a photo of them dressed in clothes they hate, that they will outgrow in a week”

Far from selfish, Fladager’s bargain-hunting proved to be a selfless way for her kids to enjoy their short childhood.

Take every step to preserve your kids’ childhood, they’ll have plenty of time to stress about stains when they grow up.