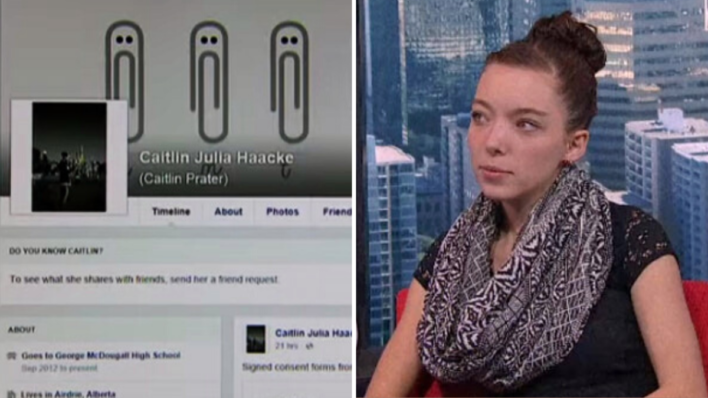 One Alberta high school student starts a positivity movement when she was bullied through a Facebook status update.
By Sophie Tolias    March 10, 2022

One Alberta high school student starts a positivity movement when she was bullied through a Facebook status update.

One day someone broke into 16-year-old Caitlin Prater-Haacke’s locker at George McDougall High School in Airdrie and used her iPad to post a Facebook status update that told her to die.

Instead of replying to the message, the grade 11 student took out a marker and some Post-It pads and fought back with positivity: By posting positive messages on every locker in her school.

Caitlin Got Into Trouble for Littering After She Left Positive Notes

Bullying is not necessarily addressed, and people get really down about it, I wanted to do something positive- it was about due time.

Caitlin Prater-Haacke to the Toronto Sun

But the school didn’t like the idea and reprimanded her for littering. According to the student’s mom, Nicole Haacke, a teacher yelled at Caitlin and the student was also taken out of the classroom and told janitors weren’t there to clean up after her.

“I don’t understand that when my kid is bullied, nothing happens, but when she tries to do something positive, she is punished,” Nicole said.

The mom also noted that nothing was done when she approached the school with concerns about the locker break-in. She wrote about the situation on the Airdrie Moms Facebook page, where she received more than 400 comments of support.

This sparked a movement and city council launched Positive Post-It Day: An anti-bullying campaign that encourages people to leave anonymous notes of kindness for one another on October 9.

The teen’s mom said she can’t believe the support her daughter has received.

Caitlin Proves the Importance of Leaving the World a Happier Place

According to the Calgary Sun, a George McDougall student, who asked to remain anonymous, said that many students kept Caitlin’s positive messages because the notes made them feel special.

When faced with the ugliness of bullying, Caitlin decided to make the world a happier, more positive place. Remember that one kind word can change someone’s entire day.