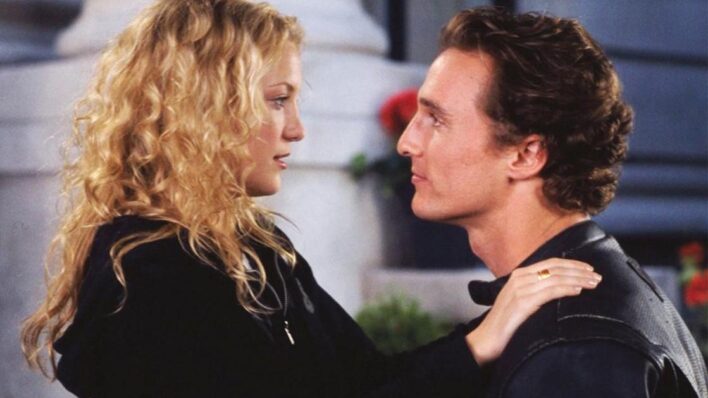 The Dark Side Effects Of Chick Flicks: Toxic Fantasies and Unhealthy Relationships

Many of us have grown up watching chick flicks or romantic comedies but how have these movies influenced our outlook on love and relationships?

Many of us have grown up watching chick flicks or romantic comedies but how have these movies influenced our outlook on love and relationships?

For years, I watched Hallmark movies religiously, and noticed a sort of recurring pattern. Girl meets boy, boy is rude and abrasive but later, they have a chance encounter that makes her see him in a new light. Eventually, they end the film living happily in the ever after.

Chick flicks, or rom coms, are guilty pleasures for many because it reassures us see that love always conquers all, no matter how bad the situation is. It makes us believe that everyone will get that happy ending and that we are entitled to it.

And especially for us women, it taps into the insecurity that that one guy who does not seem to be into you may actually totally be into you. And if he is abrasive, disagreeable, cocky, or selfish, well you can always change him, make him yours and live happily ever after.

Because, of course, we all need to save a man or be saved by a man. And in romantic movies, those are the only two options available.

“Chick flicks are like cheap candy bars, in my opinion: I know they are bad for me, but they are just so freaking delicious!” said love activist and coach Margot Schulman, author of the new book Choose Love: A Simple Path to Healthy, Joyful Relationships.

Unfortunately, the reality is that many men and women suffer with delusional “fairy tale” conditioning about romantic relationships.

I’ve seen many women who believe that love must strike like lightning to be true and when that hormone-induced initial sparkle fizzles, the romance is over. I’ve coached dozens of men who suffer from a hero complex.

Schulman’s male clientele had a tendency to think that being a “good man” entails that they must somehow be “saving” the woman they love, even when she does not need to be saved.

This kind of thinking can of course skew our views of romance in real life. While we are in that fairy tale fantasy, we have a distorted view of reality that can lead to disappointment in our own relationships.

Besides, as some of you may already know, there are dark, hidden truths in fairy tales. So if these beloved stories can be flawed, we should learn to re-evaluate their modern equivalents–that is the romantic comedies or chick flicks.

The many ways in which we have been misled

Movies featuring someone who completely changes for their partner are misleading. By now, most of us already know that people do not drastically change for a relationship. The desire for change has to come innately.

Chick flicks have also been bad news for those of us with attachment issues. If a guy does not want to be in a relationship, listen to him! Don’t go by the supposed learning from every single Hallmark movie, where the man will suddenly want to get married because he realizes he met the perfect girl.

That sets up our own relationships for disappointments. This is not how attachment styles work.

“Typically when someone presents with an avoidant attachment style no one meets the person’s standard,” said Amy Rollo, M.A., LPA, LSSP, LPC-S. That person either idealizes “future possibilities” or thinks about past relationships. Relationships are essentially hard work. Period.

When watching perfect relationships in movies, sometimes we forget that part of being in a relationship is putting in the effort and learning how to manage conflict.

Glamorized cheating in The Wedding Planner and The Runaway Bride

The 2001 movie, The Wedding Planner starring Jennifer Lopez and Matthew McConaughey, glamorizes and justifies cheating. Jennifer’s character, Mary, is a professional wedding planner who meets Steve (McConaughey) with whom she has an instantaneous connection.

However, after meeting her new client, a wealthy socialite called Fran, she realizes that her fiancé is no other than Steve. The rest of the movie becomes a convoluted journey of the two leads–Mary and Steve–finding their way back to each other, despite each of them being in a relationship with someone else.

“The two leads are so clearly suited for each other, and their respective partners are seen in a bad light, so that makes the cheating OK,” said Cherlyn Chong, Breakup Recovery and Dating Coach for Professionals.

In romantic movies, when a character is doing a bad or dangerous thing, it’s always for a good reason that is completely rationalized and validated in the end. This can subconsciously encourage us to make excuses for the toxic people in our own lives.

Another example of romanticized unfaithfulness occurs in The Runaway Bride, which stars Julia Roberts as Maggie, a young woman who commits emotional cheating. But again, it is portrayed as totally fine because Bob, her ex-fiancé is clearly unsuited to her.

The marriage between the two leads is rushed, and Maggie does not solve her deeply-seated avoidance issues.

As fun and heart-warming as romantic comedies may be, they are also harmful in terms of the relationship dynamics and gender roles that they depict.

In How To Lose a Guy In 10 Days, we are presented with a main character who lies and manipulates the male lead. But to add more toxicity to the mix, he himself is only hanging around based on a bet he had made with his friends, that he could make her fall in love with him.

Of course, in the chick flick universe, what would have been a highly toxic situation ends up with them in love at the end regardless of each other’s bad behavior.

“We’re supposed to believe that both characters have changed and grown throughout all of the lying and manipulating,” said psychotherapist Haley Neidich, LCSW.

As fun as it is to watch, it propagates the notion that it’s forgivable for a man to make a sex bet with his friends, among many other concerning dynamics.

These type of films normalize toxic male behavior and often promote women who will change who they are in order to be in a partnership.

When love conquers all in Twilight (and Fifty Shades of Grey)

In more recent films like Twilight and Fifty Shades of Grey, both the male and female leads are not engaging in any sort of healthy relationship pattern.

They give off the impression that ‘love conquers all’ but in fact, it’s so far from reality of how healthy relationships should look like.

In Twilight, Bella should have been dead long ago, either killed by her own hand or Edward’s. You can’t solve such deep self-loathing issues and self-sacrificial attributes with just love.

In Fifty Shades of Grey, Ana would have been abused both psychologically and continuously by Christian in the marriage. “You can’t solve abandonment issues, self-gratification and intimacy issues with just love,” said Chong.

In fact, “if Christian Grey were a real person, he would have a high-functioning schizoid personality disorder!” said Chong.

Remember, these are just movies

Chick flicks don’t inherently influence your life in good or bad ways – like anything, it depends on how you view them and how much importance you ascribe to them.

“If rom coms are your only guidepost to a successful relationship, you’re likely to be disappointed in love unless Chris Evans lives in your building,” said Caitlin Killoren, Relationship Coach at Relish.

That’s because they’re not supposed to represent realism, they’re meant to be utopian, idealistic, nearly unattainable by design.

A principal flaw you’ll encounter if you’re trying to model your love life after a chick flick is that there are only so many archetypes to choose from.

There’s the hometown high school boyfriend like in Sweet Home Alabama, the angsty bad boy with a sweet side like in 10 Things I Hate About You, the one that got away like in My Best Friend’s Wedding, the mysterious stranger/soulmate like Sleepless In Seattle… and very few others.

Their narratives largely ignore people of color, people who aren’t straight, aren’t binary, and aren’t attractive or young – and they’re also notoriously simplistic… which is understandable if you’re restricted to telling an entire love story in 98 minutes.

So what’s the takeaway?

What should those of us who are partial to the occasional chick flick do? Pretend that we’re not all completely devoted to Nora Ephron? No, of course not. Romantic comedies play a role in our social culture just like anything else.

“They’re depictions of beautiful people with funny and unlikely and special stories that both entertain and inspire us,” said Killoren. Like in everything, they are not wholly bad.

Within the cheesy scores and first kiss scenes, there are some important lessons buried: beauty isn’t just skin-deep, don’t overlook the nice guys and your best friend, and love yourself before you love anyone else.

If we don’t rely on chick flicks to be our single guiding light through the (sometimes dark) landscape of love and relationships, we’ll be just fine.

All in all, while chick flicks can be delightful, if the leads were real people, they would definitely benefit from some counseling.

“My recommendation therefore is to enjoy any films you like, but keep in mind that they are meant for fun!” said Schulman.  They are pure, fluffy entertainment and are not designed to teach you about true love, healthy communication or conscious relationships.

So as long as we are aware of these problematic themes, we can be smart watchers–that is, we can enjoy the fun without absorbing the negative teachings.