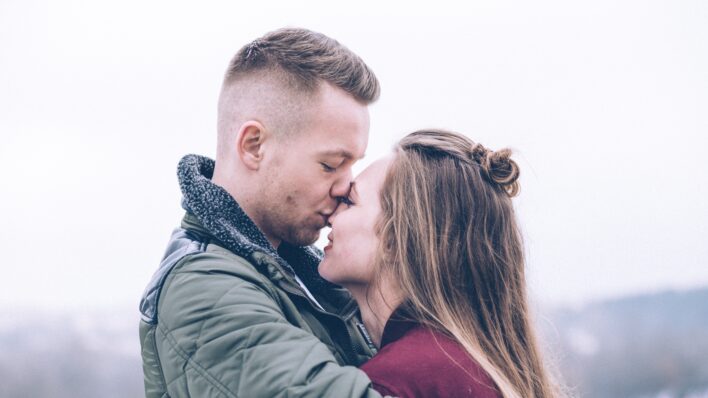 What is the Correct “Love Ratio” for Your Relationship?

They say that relationships are made up of give and take, but how true is that? And if it is
By Aly Walansky    June 13, 2019

They say that relationships are made up of give and take, but how true is that? And if it is true, how much should should each partner give and take?

Is there a way to calculate love or at least the possibility of a long, stable relationship? Yes and no. But there are certain formulas that might not guarantee, but should at least highly increase the chance of having a good relationship.

We’ve spoken to relationship experts to get a better understanding of the pros and cons for the various relationship ratios.

What is the “golden ratio” when it comes to love?

“Love is only true and stable if it is 100%. The 60/40 rule says that you should put in 60 effort and expect to receive 40 from your partner,” said Celia Schweyer, a dating and relationship expert at DatingScout.

Even though you might think that 50/50 might be a better ratio, there are numerous reasons to expect less than what you give:

Giving affects multiple dimension of a relationship — whether it is taking care, washing dishes, or simply showing and expressing affection (just to name a few).

“Different layers of a relationship cannot be equaled and this would make any sense, since every individual has strengths and weaknesses, according to their individual personality,” said Schweyer.

Therefore, trying to equate these levels of effort is impossible and might just lead to further conflicts: Your partner repaired the sink, but you washed the dishes. Who put in more effort?

“What should you focus on here – time, stress, needed skills? As you can see, this is a rather difficult equation and not conducive for a good relationship,” said Schweyer.

If each partner gives 60%, you end up in a relationship that is more about giving than receiving. “Focusing on putting more effort in the relationship makes you a better partner, than being too concentrated on getting back what (you think) you deserve.”

As in any context, lowering your expectation of receiving leaves more space to be positively surprised. “If you do not expect too much, this won’t put your partner under pressure and will provide room for a pleasant surprise,” said Schweyer.

One thing that needs to be emphasized: the 60/40 rule only works if both lovers stick to it.

“If one expects 50/50 or 40/60 (since he might think that he is worth it) or any other ratio, this will lead to a major imbalance and can cause worse than a controversy,” said Schweyer.

Another love ratio is the 5:1 balance. “In essence, we want five positive interactions or exchanges for every one negative interaction,” said Tara Vossenkemper, a relationship counselor/marriage therapist and group counseling practice owner.

For example, saying, “It’s pretty outside” and having your partner respond with, “Yep, it is” is considered a positive interaction.

“The point is that your partner actively acknowledged and responded to you, rather than ignored you. Negative interactions are seen when there’s a response where the person speaking is ignored or attacked, basically,” said Vossenkemper.

Quid pro quo (i.e., tit for tat) is terrible for a relationship. “Negative moments feel much heavier from an emotional perspective, so we want more positive moments to counter and cushion the negatives when they show up,” said Vossenkemper.

If you’re friends with your partner, it’s easier to take the negative in stride, but when that negative to positive ratio starts shifting into 50/50 range, you’re headed for trouble.

As mentioned before, many people think that 50/50 is equally balanced and therefore the perfect ratio for a positive, affirmative relationship – but in fact, this model has several difficulties.

Fairness in a relationship is a keystone to mutual love and respect. “In a 50/50 model, you usually focus too much on the balance of give and take, than be willing to put in effort for the other. As mentioned above, many chores are not to be seen as equivalent,” said Schweyer.

Giving while expecting to receive 50% might lead you and your partner to keep a record of what was done and when. But what if someone has to go on a business trip or gets ill? This attitude causes more problems than it solves.

Additionally, being too willing to have the relationship equally balanced will make it less possible to go for a 70/30 or 80/20 at times, where it is needed.

“You reap what you sow and so it is always better to be willing to show more love by putting in effort – in a good relationship it will always pay back (sooner or later – don’t be too focused on the timely matter),” said Schweyer.

Relationships are a give and take. “Approximately 85% of your interactions with your partner should be responsive,” said Vossenkemper.

Note that this approximate 85% goes both ways! “If only one partner is responsive and the other is hardly ever, then the relationship will go south (unless things change),” said Vossenkemper.

It’s crucial that partners invest this time and energy at about similar amounts. “In doing so, the culture of the relationship becomes one of love, warmth, and affection, which is breeding grounds for longevity and fortitude!” said Vossenkemper.