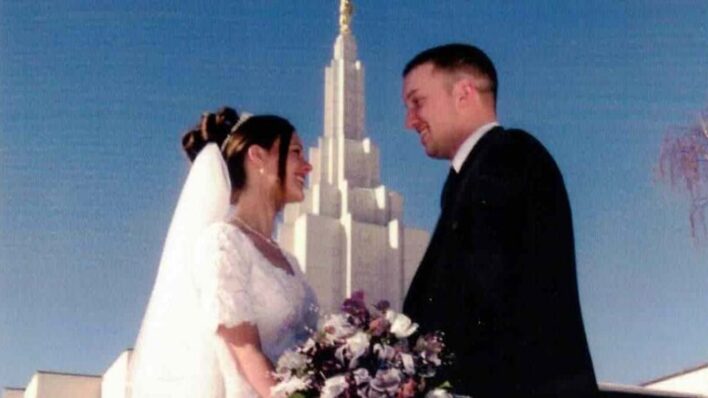 Jordan and Jennifer Olsen met at a Subway restaurant where they both worked as teenagers. Decades later, they became the proud owners of that same place.
By Aly Walansky    January 2, 2020

Jordan and Jennifer Olsen met at a Subway restaurant where they both worked as teenagers. Decades later, they became the proud owners of that same place.

Couples rarely forget where their first meeting took place and how it changed their lives forever. Jordan and Jennifer Olsen’s story is proof of that.

Back in 1997, they met at a Subway shop in Kaysville, Utah. For Jordan, it was love at first sight.

“This sounds cheesy, but I peeked my head around the corner, saw the new girl making somebody a sandwich, and I was done for,” he said in an interview with MSN. “She was drop-dead gorgeous.”

At the time, they were teenagers and it took some time for the relationship to grow. Jordan spent months giving the “moon eyes” to Jennifer over six-inch sandwiches and foot-long heroes before he persuaded her to go out on a date with him.

Their date must have gone well because they got married four years later.

They made a big decision to honor their love

Two decades later, Jordan and Jennifer came up with a plan to do something special with the Subway where they first met: they decided to buy it.

It sounds crazy, but to us, it made perfect sense. We’ve always been really fond of that Subway where we met. And the sandwiches aren’t bad, either.

It all started when the couple heard that the original owners had decided to retire and sell their franchise on Kaysville’s Main Street after more than 30 years in business. The Olsens instantly took out a small business loan and proceeded to acquire it.

A change in the couple’s dynamic

Of course, the acquisition entailed some changes. While Jennifer spent most of their married life raising their three children, it was now time for her to join the workforce again.

“I told Jennifer, ‘You can be the manager and I’ll show up to help whenever you need me,’ ” said Jordan, who runs a music school in nearby Layton.

Being a manager is also a convenient position, as it would still allow her the time to be a mother. “I could go to work early and be home in the afternoon when the kids came home from school,” said Jennifer.

Jordan and Jennifer’s relationship also had many witnesses, who saw them grow from workers to business owners. “We have regulars who have been coming here for years, and they’re all happy for us,” said Jordan.

Both still love making sandwiches for each other: a turkey, ham and bacon melt with Swiss and extra vinegar for Jordan, and roast beef and provolone on Italian with the works for Jennifer.

Working in the place where they first met has not weakened his love –quite the opposite. “I still steal a look at Jennifer and tell her that I’m smitten,” Jordan said. “Honestly, I feel like I’m the luckiest guy ever.”

Jordan and Jennifer honored their relationship by making a big move. Years of marriage require a lot of work, such as Jennifer’s decision to dedicate herself to their children. Through mutual understanding, they have been able to commemorate their love and secure the ideal job for her.

Relationships demand work so it is important that we put in the effort to nurture them. When we do, we can accomplish great things as a team. It’s only a matter of never forgetting the starting point and helping each other along on the journey.