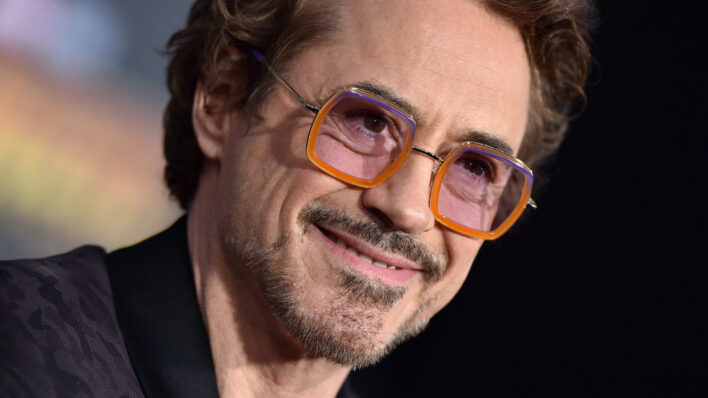 5 Daily Habits to Steal From Robert Downey Jr., Including How to Learn the Hard Way

As a digital nomad and journalist, I travel the world while logging around 70 articles a month. To effectively manage a
By Lindsay Tigar    April 23, 2019

Robert Downey Jr. is one of the highest-earning actors of all time — and his career is still buzzing. Especially now, with the release of Avengers: Endgame, Robert Downey Jr., is back in the spotlight, bringing crowds back to the theater, yet again.

He’s been on stage and on camera since he was five years old, starting with a film produced by his father. In the ’80s and ’90s, he started to gain popularity with his performances in Weird Science, Less Than Zero, Chaplin, Ally McBeal, and countless others. However, as his fame grew, so did his addiction, ultimately landing him in the California Substance Abuse Treatment Facility and State Prison in 2000.

Though he had two more bouts with the law, he’s been sober since 2001. His clear-head paved the road for success, as he landed roles in many iconic films, from Kiss Kiss Bang Bang and Zodiac to Tropic Thunder and Sherlock Holmes.

These days, he’s mostly known for his superhero acting skills, portraying the role of Iron Man in the Marvel Cinematic Universe across many films — most of which grossed $500 million at the box office. He’s won Golden Globes and been nominated for Academy Awards, all helping him to arrive at an astounding $300 million net worth.

To stay on the right side of the law (and health), as well as supercharge his career, Downey subscribes to a few habits. Here, ones you can adapt for your day-to-day:

He plays to win.

Another way to put it: you can’t accomplish anything if you aren’t willing to risk anything. In an interview with Esquire, Downey shares his approach to growing older in Hollywood — which is historically preoccupied with everlasting youth.

His long-standing tenure is proof that putting yourself out there can reap rewards. “…but you’ve got to play to win. Not play with winning in mind, but if you’re not playing, then what are you complaining about? In the information age, it seems that everything just appears, and just suddenly are, even though they weren’t. But there is a vapour trail behind that moment. It’s about suiting up, showing up and playing.”

He accepts that money isn’t the be-all, end-all.

Sure, you’re probably rolling your eyes considering he’s one of the highest-paid actors in history — but for Downey, realism always kicks in. Though his wealth can last him (and his family) a lifetime, he knows it could all change tomorrow. It’s also not what drives him to perform.

In an interview with Esquire he discussed his Forbes ranking and what it meant to him: “It means, ‘This too shall pass.’ Would I like that Forbes thing to read the same stats next year? Sure. I’d like to get it two years after I’m gone. There’s an old therapeutic saying, ‘The only thing I ever let go of had claw marks in it.’ You ever heard of a welterweight interim champ just say, ‘Anyone want this thing?’ It’s like, ‘No, who’s next? Come and take it off me.’”

Instead of being known for his riches, he’d rather be renowned for his work.

As he told GQ, “First of all, could you imagine back in, let’s call it the golden era, you know, my dad’s age, Pacino’s and De Niro’s—do you think they would ever have allowed such a paltry discussion, reducing them to a monetary figure? I have had and I have created some of the worst luck in the history of anybody in the public eye. And then there was five minutes there where I was batting a thousand.”

Considering he played one on the big screen for 10 years, it makes sense that Esquire would ask Downey if he aims to be a hero to his own son. His answer may surprise you since it was a big ole ‘nope.’

“I would like to be a very real human being. That’s hard enough. Every dad casts a shadow, you know? And that shadow is you’re disappointed, you’re resentful, or you feel so supported and loved you don’t understand why life is so hard anyway — or, you know, it’s so long and so dark that you can never step out of it, so you might as well not even try. Right? So. So hero to me is not applicable to the human experience. I think that we all do heroic things, but hero is not a noun, it’s a verb.”

He learned the hard way — and doesn’t regret it.

Sometimes you need someone to play hardball with you — and that’s just what Downey’s dad did, according to a story he shared with Esquire.

When he was down on his luck, he called his dad from a phone booth and told him he was hungry, didn’t have a bus ticket, and all of his friends were avoiding his calls. Instead of rushing to help him — his father told him to get a job.

“I couldn’t believe it. He just completely stiffed me. I thought I had this guy by some sort of guilt hook still. I thought I could at least get five bucks or something. He said, ‘Call your friends.’ I said, ‘I called them.’ He said, ‘Get a job.’ I said, ‘Dad, where am I going to get a job in enough time to get a paycheck and eat a slice of pizza?’ He said, ‘Enough.’ And you know what, I made do,” he explained. “The next phone call was to some Irish chick whose dad was out of town, and I wound up over at her place. And pretty soon I had a job. I wouldn’t wish that lesson on an enemy. But, you know, sometimes you just gotta be drop-kicked out of the nest.”

He knows you can rise even when you’re knocked down.

Sometimes, we are all our own worst critics — and Downey is proof of that. We all strive to a level of success and we become frustrated when we don’t reach it. And some of us even stumble and fall more often than we rise.

If you are worried it’s too late or you’re not good enough, remember this pep talk that Downey gave to BBC Breakfast TV: “It’s easy to believe that things are gathering momentum and going into a negative place. Human nature can tend to be a little bit critical of itself and of its society. Rather than quantifying good times or bad times, or highs or lows, I think it’s just about we’re kind-of evolved apes. We think we’re a lot smarter than we are. But if we survive whatever life throws at us, you tend to get off your feet.”