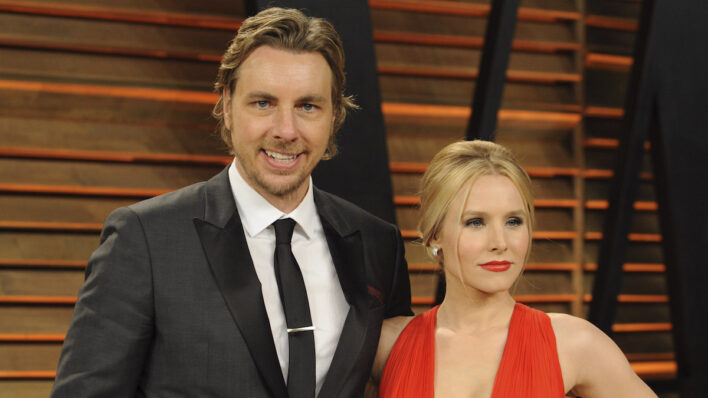 When Dax Shepard Was Accused of Cheating on Kristen Bell, He Did This

Dax Shepard and Kristen Bell’s marriage has seen many obstacles but a serious cheating allegation wasn’t going to bring them down.

Dax Shepard and Kristen Bell’s marriage has seen many obstacles but a serious cheating allegation wasn’t going to bring them down.

It’s safe to say that Dax Shepard and Kristen Bell make up one of the most beloved couples in Tinsel Town.

It’s not that they’re one of the most powerful or the most acclaimed or even the most memorable, but their ability at keeping it real in public is second to none. Whether it’s substance abuse, mental health, or parenting, Kristen and Dax are never hesitant to speak up about their struggles and shed light on their most harrowing experiences.

When Dax was accused of cheating, he didn’t stay quiet and let the tabloids draw their own conclusions. He has too much respect and adoration for his wife to take the easier route, so he decided to open up and set the record straight. His unflinching honesty in the face of self-doubt and public pressure sets an example for us in approaching long-term relationships in our own lives.

Here’s why Dax and Kristen continue to break barriers as a Hollywood couple.

Talk about a wacky celebrity rumor. In December 2018, UK publication The Mail published a story about Dax Shepard enjoying a night of “steamy sex” behind Kristen’s back. The adultress in question is allegedly Kayti Edwards, who happens to be Dame Julie Andrews’ granddaughter — the same Julie Andrews from Mary Poppins and The Sound Of Music.

Kayti told The Mail that she had met Dax in 2005 — two years before he started dating his now-wife Kristen Bell — and had found him “goofy” and “funny.” They would “hook up here and there,” but their connection faded a few months after Kayti moved to Hawaii. She went on to claim that she and Dax reconnected four years later at a fancy Hollywood party and proceeded to sleep with each other. They supposedly had “passionate” sex twice over the course of the night and went their separate ways. The article also featured photos of Kayti and Dax kissing each other intensely.

It was a pretty damning story that could have easily crumbled Dax’s marriage. If Kaytie’s accounts were true, it would mean that he deliberately betrayed his wife two years into their relationship. But Dax wasn’t in the mood to let the rumors spread. He immediately posted a response to The Mail and stated that the photos provided by Kayti were taken in 2005, not 2009, as Kayti had indicated in the interview. That means that the two took part in a dalliance a few years before Dax became romantically involved with Kristen.

As reshared by Buzzfeed, Dax also added in his social media post that Kayti Edwards has a history of selling stories to the tabloids about having affairs with male celebrities, including the likes of Matthew Perry, Jack Osbourne Kid Rock, and himself.

He ended his note somewhat humorously, saying that he “looks forward” to the next celebrity she chooses to slander. “Fingers crossed it’s about my #1, Brad Pitt :),” he said in conclusion. While Kristen didn’t directly respond to the saga, she immediately posted a photo in which she’s seen kissing her husband. If that isn’t an affirmation of her love and trust in Dax, we’re not sure what is.

So if we were going to talk about it, let’s make sure we show the good, the bad, and the ugly and how we handle it … We talk about the fact that we do fight, we do go to therapy, we dislike each other a lot sometimes

Kristen Bell on Life is Short

Kristen Bell did have her husband’s back when the cheating scandal surfaced, but that doesn’t mean that the couple doesn’t go through their own dramatic ups and downs. Like many other couples, they fight, they hurt each other, they say awful things to each other, they feel regret, they kiss and make up, and then they vow to love each other forever. This constant cycle of pushing and pulling takes a toll on any marriage, and so Kristen and Dax had to decide early on how they wanted to tackle their difficult situation.

Dax told US Magazine that he and Kristen don’t believe in “The One” or the fairytale fantasy that accompanies the ‘One.’ He added that you can’t just meet someone wonderful and expect to be 100% compatible with them, with “perfectly matching personalities” that don’t clash with each other in any way whatsoever.

Therefore, you have to realize that it will be an uphill battle to meet the other person in the middle. Dax said that over the years, he has learned that he and Kristen are “opposites” and therefore have to do the work to bridge the gap.

Dax Shepard to US Magazine

The two have admitted to attending therapy multiple times through their marriage to cope with the pressures, but it’s not like it permanently halts all their ongoing problems. Kristen revealed as recently as January 2020 that she and Dax fought so seismically that it left them both “blacked out.” She said that the fight consisted of a  “lot of volume, a lot of harsh words being thrown around, “that it “was an angry, angry fight about how nobody does anything for anybody else.”

They started the pandemic in bad shape and had to seek out more therapy to overcome their hurdles. A “therapy brush up,” as Kristen calls it.

Ultimately, the grind can be worth it because it builds up your character and arms you against possible shocks heading your way. Dax disclosed in September 2020 that he had relapsed after sixteen years of sobriety and had to seek treatment for substance abuse. Kristen commended his decision-making and told him, “Nobody saved you but you,” whereas Dax thanked Kristen for “unconditionally” loving him at his “most shameful moments.” The pair expressed their gratitude for all parties, congratulating themselves on doing a good job as a “team.”

Love is an earth-shattering concept that cannot be condensed into digestible, bite-sized pieces. It’s a lot to undertake, and each person needs to commit to a lifetime of understanding, patience, and forgiveness to make it work. Kristen and Dax may have had sparks flying in the earlier stages of their relationship, but they realized soon enough that the sparks aren’t sufficient — it’s the deliberate acts of devotion and care that constitute a healthy, well-balanced marriage.

We can’t be flying blind when it comes to love. We have to remember from the onset that your perfect person can have the potential to wound you, hurt you, and bring out the worst in you. As long as you work together to address those underlying issues and lead with kindness and empathy, it will make a difference. It’s what will shield you from pain and what’s going to bring you and your partner together.