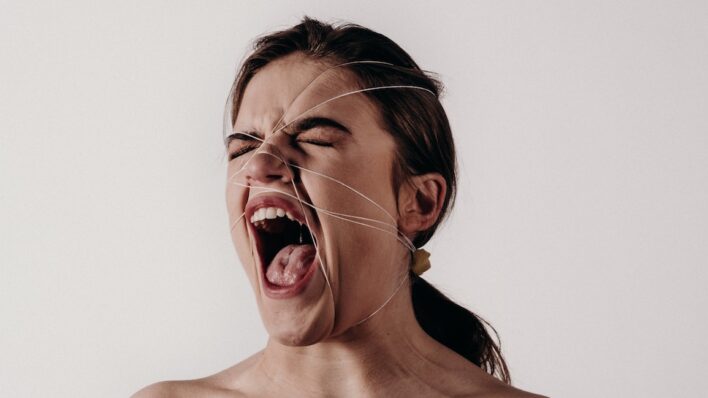 Decision Making And Emotions: Why Things Can Backfire

Making decisions isn’t always easy. Emotions play a huge part in the process, but sometimes, they can be nefarious in the outcome.
By Natalie Mossayebi    May 20, 2020

Making decisions isn’t always easy. Emotions play a huge part in the process, but sometimes, they can be nefarious in the outcome.

Ever been in the middle of such an intense, emotionally challenging situation that you make a huge rash decision you end up regretting later? Yep, me too!

Whether it’s breaking up with your partner in the middle of a raging argument and hooking up with someone else the same night, or storming out of work shouting, “I quit!” because your boss said something to offend you, when we’re triggered, we’re all capable of making some pretty radical, downright irrational decisions.

You know the saying, “don’t make a permanent decision based on a temporary emotion”? Well, this couldn’t be a truer statement!

If you’re like me – a hot head when it comes to injustice – then you probably find yourself sometimes reacting to situations, rather than responding in a calm, non-defensive way. And I can tell you, from my experience, reacting from a negative place never turns out well!

Most of us will do anything to avoid feeling painful emotions. So we develop these self-righteous “I’m right, you’re wrong” attitudes as a coping mechanism instead of dealing with the issue at hand.

Strong negative emotion causes separation. We confine ourselves and the world to an “us versus them” vision and believe the other person is wrong. We blame and ostracize the other for acting and thinking differently to ourselves.

When we’re reacting from strong negative emotion, it’s often an unpredictable and disastrous ride. And the more emotionally reactive we are, the more clouded our judgment.

“Terrified people make terrible decisions. Terror and fear make you irresponsible. They make you not think very clearly, right? And they make you willing to do almost anything to get rid of that awful feeling.”

But just how far are people willing to go to avoid that awful feeling? Gilbert goes onto explain how fear is such a powerful emotion that it’s become a tactic people use to manipulate others.

“We’ve seen people do that on the individual level, and we’ve seen cultures do that. And we’ve seen politicians who find ways to exploit terror and fear in order to get short-term power or sometimes long-term power. Because if you can figure out how to hold the reins of other people’s fear, then you can control them for a while.”

Elizabeth Gilbert says that one of the most powerful ways to not end up being controlled by fear is to remain more curious than you are afraid.

She reminds us to be brave, which will, in turn, help others do the same.

Trying to control your emotions will only cause you more stress.

Negative emotion doesn’t mean you’re doing something wrong. Negative emotion is actually a good thing! The bad feeling you’re experiencing is just showing you that you’re believing a thought that is not serving you. And now you get to do something about it.

So, someone or something has triggered you. And you’re angry. What do you do?

Now, I don’t want to state the obvious here but the best thing you can do when you feel strong negative emotion is to not react! I know, easier said than done, right!? But while you’re in the throws of that intense, blood-boiling moment, try and find a way to create a bit of space – pause, breathe, and count to 5 if you need to – before you say or do something that you’ll regret.

Most of us have trained ourselves to react in such a defensive way that our reactions are uncontrollable in a moment of stress.

Consider saying either to yourself or to the person you’re talking to: “I’m feeling triggered right now, my emotions are running high and I’m not thinking clearly. Can we sort this out later?”

Don’t bottle up your emotions

There are so many reasons why people don’t truly express themselves, but whatever the reason is, if we repress our negative emotions, we either explode or implode. Both of these reactions are dangerous and can lead to rash, irrational actions.

I like to see negative emotions as scared, confused little children that just need some love and understanding. So instead of repressing, projecting, or ignoring what you’re feeling let’s learn how to say yes to what you’re feeling.

Breathe into it, and be kind to whatever emotion is coming up. Saying yes to it will help it dissipate.

Clear out the mind junk so the right decision can emerge

It’s no surprise that the clearer and more centered we feel, the more able we are to make the right decisions for ourselves. When our mind is clear, so are our decisions. A good decision is usually made from a calm, peaceful place. It just has an air of intuitive rightness about it.

Can you remember a time when you felt so happy, so content, so in love with life and with yourself that nothing and no one would have been able to anger or upset you? Even when it’s something that might usually bother you? That’s the place you want to be when you make a decision. We have so much power and clarity from that place.

Wake up and feel fantastic!

The best way to get yourself feeling good, is to start as you mean to go on. When you wake in the morning consider doing 10 minutes of meditation, journaling, yoga, positive affirmations, or a brisk morning walk. These are all great practices for getting yourself in a clear and centered space for the day ahead.

But if at some point in the day you still find yourself in the midst of strong negative emotion, just remember to remain curious and open-minded instead of defensive and reactive. Breathe, walk away if you have to, and give yourself some space before making any decision. Remember, negative emotion is temporary, it will pass along with the negative thoughts that go along with it. As soon as you start to feel calmer, clarity will come flooding back.