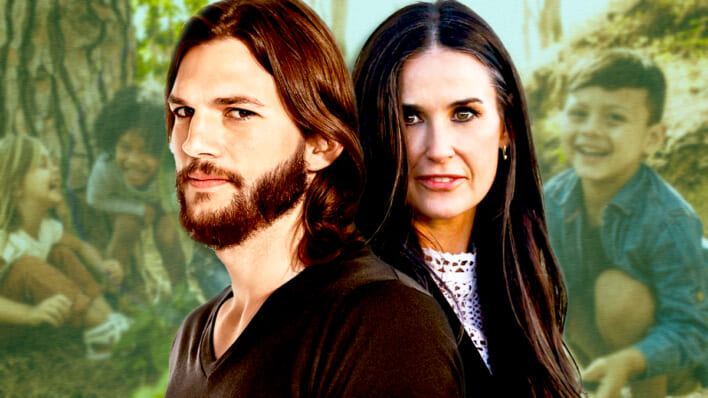 A rarity in modern Hollywood, the two celebrities have invested in a successful organization for a good cause without any performative intent.
By Jeff Liddell    June 20, 2022

A rarity in modern Hollywood, the two celebrities have invested in a successful organization for a good cause without any performative intent.

Despite many of them genuinely having the talent to warrant their widespread popularity, celebrities are often the target of derision. While it’s safe to say the ones who are content to primarily identify their public persona with their craft are usually spared from vitriol, the more proactive celebrities are often much more polarizing.

Politically active celebrities, especially the ones that advocate for causes that require drastic lifestyle and policy changes such as environmentalism, are frequently criticized. Their detractors portray them as hypocritical preachers that either directly contradict their principles or flaunt their virtuous views while doing nothing with the massive wealth they have accumulated.

That being said, not all celebrities superficially support causes. Some of them are even willing to directly counter certain problems.

RELATED: Does Johnny Depp’s Victory Mean the End of #MeToo?

The formerly married Ashton Kutcher and Demi Moore are socioeconomically disconnected from the average worker, no doubt about it. Kutcher has even been described as a “venture capitalist,” not exactly a title for a “man of the people.” Despite this contradiction, the then-married couple introduced the world to Thorn, a software that, according to its website, has the intention of defending children from sexual abuse.

The development of the software was the result of Kutcher and Moore’s reactions to a documentary about child sex trafficking in Cambodia, and then realizing that their own country is just as guilty of this crime as the rest.

The Necessity of Kutcher and Moore’s Thorn

Research has shown that technology has played a role in “extending” human trafficking. Thorn was created to use technology as a solution to the problem. Of course, success is not guaranteed, but it is refreshing to see high-profile individuals like celebrities attempt to materially address a problem rather than partaking in performative activism. The fact that Thorn is a non-profit, albeit a private one, also adds legitimacy to the project.

There are reasons to be skeptical about such a procedure, of course. Technology has frequently been seen as a beacon of progress; a human invention that should make our lives increasingly less burdensome. But, like everything else in the world, technology is corruptible. One prime example electronic devices and social media platforms being able to track our locations and semi-successfully analyze our interests.

With a topic as serious as abuse and human trafficking, Kutcher and Moore could not afford creating more of a problem. It’s one thing to use a mainstream political issue to improve your public image, but it’s another to use trauma and human depravity for the same purposes.

However, as a 2012 statement from Kutcher and Moore indicates, the ubiquity of technology, specifically the Internet, means that criminals will use it just as much as regular people, so technology needs to be involved in the investigative process.

If this aspect of contemporary crime, including child abuse and sex trafficking, goes unnoticed, then there would be hope in having successful cases. The pursuit of the perpetuators will be stuck in a vaguely mid-2000s limbo and render all forms of investigation counterproductive.

The Success of Thorn

With over 8,000 offices in all 50 American states, and even some in Canada, as well as the partnerships of several giants such as Google, Facebook, and Twitter, Thorn has, so far, successfully taken advantage of its powerful founders and associates to make progress in ceasing the activities of one of the more generally ignored parts of the criminal world. Sexual abuse that targets children is often used as a boogeyman from parents’ worst nightmares, but the scare tactics exist for a reason.

In its first impact report alone, which is from 2017, Thorn has allegedly identified almost 5,900 child sex trafficking victims, disrupted around 6,600 bad actors (with investigation time being sped up as much as 65%), encountered over 2.6 million visitors in its child sexual abuse deterrence program, and 3.5 million teenagers were taught about “sextortion” thanks to the organization’s efforts.

By 2021, over 24,000 victims of child sex trafficking have been identified, and over 2,700 agencies use Thorn’s tools. The organization has also displayed efforts in addressing the internet-driven sexual culture in today’s youth, specifically issues regarding the exchange of nude photographs, which can easily turn disastrous.

RELATED: Why Demi Moore’s Relationship With Ashton Kutcher Destroyed Her Bond With Her Daughters

Besides just naturally evolving and being increasingly more capable of tracking down criminals and helping their victims, Thorn also has other accomplishments. Its creation of Spotlight contributed to the quicker identification of predators and victims, and the software is used by over 1,200 law enforcement agencies in the United States and Canada. The organization surveyed 260 survivors of a sex trafficking operation to get a better perspective on the demographics of trafficking victims and how they are affected by these traumatic events.

As of now, Thorn is able to locate, on average, 10 children per day. Considering how young the organization is, and how few employees it actually has (less than 40), this is nothing short of impressive.

Kutcher and Moore’s fame and the involvement of the big tech companies certainly helped Thorn move forward, but the organization has also successfully adapted to the modern world in which the web is now ubiquitous. Contemporary technology allows investigations to reveal an increasingly higher number of sex trafficking cases in general, and Thorn has, so far, successfully adapted to these new conditions.

While primarily North American in terms of the people using and promoting it, Thorn has become a globally relevant organization, with the related software following suit. People from over 35 different countries use Thorn, and as of now, over 30,000 victims of sexual trafficking have been identified, with a third of them being children.

Of course, there is still a lot more work to be done, but the numbers look optimistic. Thorn has been consistently successful in identifying victims. If the non-profit keeps following this path, the results will likely improve, and more countries will start using it, making Thorn increasingly more relevant in the process.

Having received funding through TED’S very own Audacious Project, in addition to reports from employees indicating a healthy workplace, Thorn is arguably the biggest success story coming from modern celebrity activism. While getting help from juggernauts like Microsoft might easily sour the operation, Thorn’s connections to reputable organizations like the National Center for Missing and Exploited Children (NCMEC) and the Internet Watch Foundation not only help legitimize Thorn’s intentions to the public, they also make Thorn’s goals more realistic to achieve.

The conditions that create the rampant individualism in developed, primarily Western societies, with the United States being the biggest outlier, create a blatant contradiction in how people view their connections to their own wealth, or lack thereof. According to the “trickle down” theory, the wealth should naturally go into the common man’s pockets after being acquired by a member of the ruling class, but reality has shown different results. The gap between the rich and the poor is getting bigger, and no acts of philanthropy are currently doing anything to stop this.

Society expects rich people to naturally contribute to important causes with the wealth they have accumulated, but it also expects the same rich people to think of their wealth as a source of pride, leading to a natural desire of wanting to preserve said wealth. The parasocial relationship people have with the wealthy, especially famous artists and entertainers, contributes even further to this vicious cycle.

Kutcher and Moore’s Actions Should Not Be a Novelty

Many celebrities have political pasts or politically charged works. It is therefore unsurprising to see them rally for certain causes. However, their socioeconomic privileges alienate them from the people the most affected by these issues, making the genuineness of their movies understandably questionable. Leonardo Di Caprio rides in private jets, which contradicts his environmentalist views, and gun control advocate Alec Baldwin infamously (and accidentally) killed an onset co-worker with a gun while filming.

So far, neither Ashton Kutcher nor Demi Moore appear to have ulterior motives behind the foundation of Thorn. Both of them are still reputable performers, and their careers do not appear to be stagnant, so there is no cry for attention. Thorn is the result of their horror that child sex trafficking remains an issue, and their fervent desire to change that reality. Thankfully, they have yet to contradict their organization’s mission in any way.

Kutcher and Moore actively provide hope for victims and survivors of such horrors, and set an example for their similarly wealthy peers. They might not be together anymore, but as a duo, they have contributed to a vital cause without turning their actions into the primary aspects of their public personas.