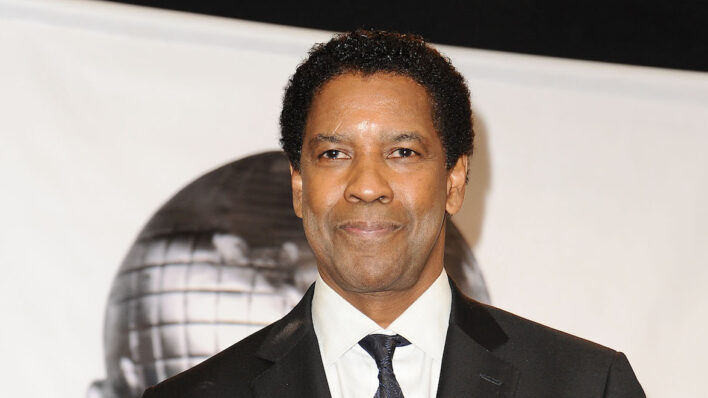 Denzel Washington wouldn’t be the world renowned actor he is today if it were not for his upbringing. Despite his parents’ divorce, he credits a lot of his success to his unstable childhood.
By Maya Khamala    September 10, 2020

Denzel Washington wouldn’t be the world renowned actor he is today if it were not for his upbringing. Despite his parents’ divorce, he credits a lot of his success to his unstable childhood.

He’s one of the biggest movie stars the world has known, yet he stops, jokes and takes pictures with fans. He’s Denzel Washington, 65, beloved by all as humble, a man of substance who doesn’t sell out and is committed to quality, morality, and, in short, doing both his life and his acting career right.

But how did he start out? What many people don’t know is that Denzel had some early struggles, though he tends to keep his personal life largely out of the limelight. The reality is, if it wasn’t for his hard-ass mother looking out for his best interests (something he continually acknowledges to this day), he might not have become the Denzel Washington we know and love today.

Washington has been married to his wife Pauletta since 1983, and they have four children. But although he has painstakingly created a life for himself that puts family and good parenting before all else, his own upbringing was far from idyllic, particularly when it came to his dynamic with his father, which many would call troubled.

His parents’ divorce shaped him

Who among us is not deeply and forever impacted by our relationships with our parents? One way or another, we are all affected, whether we choose to focus on it or not.

Washington’s father, Denzel Hayes Washington Sr., was a pentecostal preacher who ran two churches, worked another job on top of that, and was rarely around. His mother owned a beauty parlour.

“My parents were like night and day,” he has observed. “She’s urban, raised in Harlem. My father was just this spirit-filled man until the day he died, a country boy raised on a farm in Virginia.”

They say opposites attract, but my parents only grew apart. I was 14 when they divorced.

Around the time his parents split, his mother sent him away to private school in upstate NY to keep him out of trouble. “That decision changed my life, because I wouldn’t have survived in the direction I was going,” said Washington. In an interview on Popcorn with Peter Travers, when asked if he was a good kid, he laughs and says,  “I was mischievous,” more solemnly adding, “My three closest friends did quite a bit of time [in jail] … decades.”

At the age of 18, Denzel moved out of his mother’s place and into his father’s. “And he kicked me out,” Washington told GQ. “He said, ‘You’re just bad.’” But in spite of the long and sordid history between Denzel and his dad, he acknowledges his father’s goodness.

“Everyone I grew up with didn’t have a father. I had a father. My father was a decent man. He was a very spiritual man and a gentleman.”

Yet, perhaps most tellingly, he goes on to describe how, when his father died in 1991, he didn’t cry:

He died in August. We started shooting around the time that he died. [pauses] I never shed a tear for my father. That sounds like a book or a song. I never did all through the funeral and all that. There was no connection.

When asked, “What do you see of your father in you?” Denzel responds, “I’m more like my mother. She is the toughest woman.”

Why he is his mother’s son

Denzel’s mother, Lennis Washington, was the single greatest influence in his life, and to this day he remains thankful for her strength. Lennis was a single mother after her divorce, but while her ex-husband mostly stayed away, she brought up her son with discipline and hard work. Wanting the very best for him, she saved money for private school “even when she could not afford it.”

While some of his friends were going down a very negative path, Denzel’s mother “had enough sense to get me out of that situation before it was going to be my turn,” says Washington. “I had that Pentecostal foundation and a mother who used to say, ‘Son, you never know who’s praying for you.’ So maybe it wasn’t my fate to fall into those traps,” he told Parade back in 1999.

“I was what they call ‘throwing rocks at the penitentiary,’” Denzel told ABC years later, “but I never hit it. I never got caught … I also knew right from wrong, so I never wanted to go too far. I’d dip my toe in the water.”

So in 9th grade, his mother put Denzel in Oakland Academy, a private prep school in New Windsor, N.Y. where he excelled at sports and became interested in the arts. After graduating, he began at Fordham University where he started acting in his junior year.

His own approach to fatherhood

While Denzel’s relationship with his dad was far from perfect, he has gleaned lessons from both of his parents which have ultimately influenced him as a parent.

“It wasn’t like it’s been for our children,” he says, “where you take them to all their events. It was a different time. Once they were separated, I was in school. So 70 percent of the year, I was away. In the summer, I wasn’t looking to track him [my father] down. I was ready to hit the streets. So you just kind of fade…. Not to say that I didn’t love him like a dad. But we didn’t play ball, those types of things. Next thing you know, you’re at college.”

As for his own approach to fatherhood, “Life is family,” he says.

You know, rushing to get home because my son’s got a football game, and I’m going to be there. We drive to the game and watch him and discuss it afterward. That’s life. Acting is not life to me. It’s making a living.

Although he loves making movies, Washington says he doesn’t watch or analyze his films. “Once you make a movie, it belongs to the people,” he says. “So, I don’t look back. I might see a scene if it’s on TV or something.”

Unsurprisingly, he has tried to instil the same brand of humility in those of his children who chose to act, John David and Olivia Washington, who both saw success early on in popular TV shows.

And as far as black fatherhood goes, Denzel tells GQ, “One of the things that saddens me the most about my people is fathers that don’t take care of their sons and daughters. And you can’t blame that on The Man or getting frisked. Take responsibility.

“Look in the mirror and say, ‘What can I do better?’ There is opportunity; you can make it…I’m not telling you what religion to be, but work on your spirit…Imagine—work the brain muscle.

Keep the body in tune—it’s your temple. All things in moderation. Continue to search. That’s the best part of life for me—continue to try to be the best man.