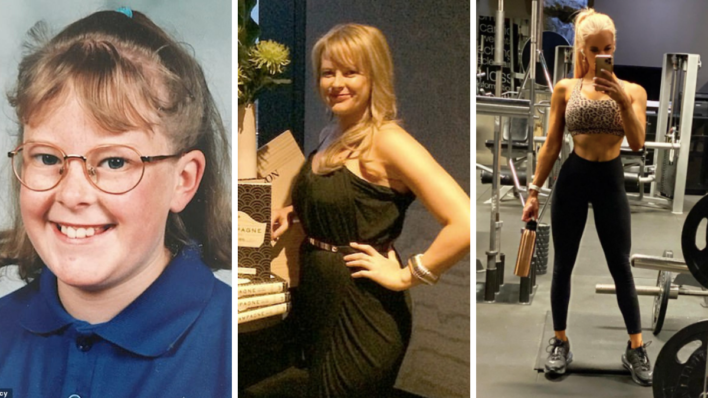 As a young girl in Melbourne, Australia, Diane Frick tells the Daily Mail that she was cruelly picked on. “I
By Bryan Liquor    May 3, 2021

As a young girl in Melbourne, Australia, Diane Frick tells the Daily Mail that she was cruelly picked on. “I

As a young girl in Melbourne, Australia, Diane Frick tells the Daily Mail that she was cruelly picked on.

“I was always a chubby kid and was bullied my entire childhood. The bullies in school made my life hell and I’d get called fat and ugly every day.”

Bullies frequently called her ‘piggy’ and said she had pimply skin, frizzy hair and bad clothes.

The torment didn’t stop there.

“They made songs about me and would sing that I was ‘fat to the bone’ to the tune of ‘bad to the bone’,” she recalls.

The emotional scars stayed far after she graduated, and although she wasn’t “massively overweight,” she was eating poorly and didn’t exercise, leaving her sluggish and depressed.

“I remember I was sick on the couch in late 2018 with the flu and feeling sorry for myself, when I started Googling all the girls I wanted to look like,” she recalls.

Frick noticed a pattern: They were all bodybuilding competitors. With that, she found a coach who prepped bikini models.

She overhauled her diet, cutting out junk food and alcohol, and took up weight training. The changes paid off, as she dropped three dress sizes and trimmed from 34.7% body fat to 12%.

Frick said that just entering the competition was a win in itself.

So for that bullied girl to transform, not only physically but mentally, and be able to stand on stage in a bikini and ask professionals to judge her body is massive.

However, when the smoke cleared, Frick was a winner in title too, crowned INBA bikini champion.

For someone who spent most of her life hating the person she saw in the mirror, it was surreal.

“I never imagined I could be proud of my body. I would always wear clothes that covered everything and was so hateful and ashamed of myself.”

Use adversity as fuel

Since winning her crown, Frick uses her platform to shed light on the effects of bullying, and also to inspire others to use it as fuel.

It’s true that sometimes you need to be destroyed to rebuild stronger. I’ll never forget the way I was treated but it has definitely made me a resilient person.

There’s no question that bullying is cruel, and it’s hard to fathom the suffering that Diane Frick went through.

However, there’s also a powerful message to her story. Hate and ignorance will be around as long as we’re alive. Frick reminds us that we can use those moments to sharpen our focus and determination towards becoming an unstoppable force.