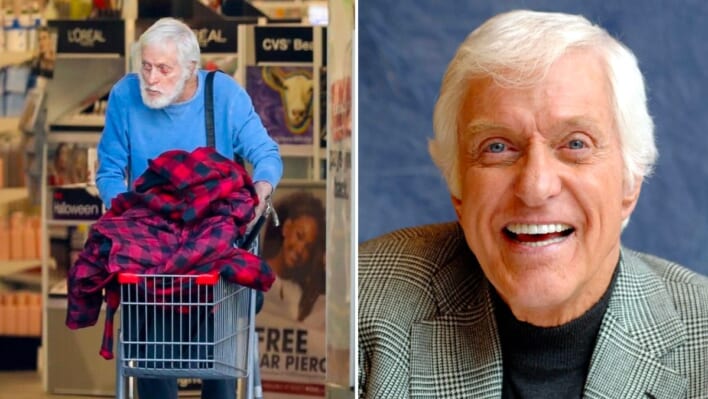 His latest act of kindness just proves what we already know – Dick Van Dyke has a heart of gold.
By Heidi Hamm    November 18, 2022

His latest act of kindness just proves what we already know – Dick Van Dyke has a heart of gold.

Dick Van Dyke is undoubtedly the stuff of Hollywood legends. His career has spanned more than seven decades and he has won numerous awards, including 5 Emmys, a Tony, a Grammy, AND the Screen Actors Guild’s Life Achievement Award.

And while we love him on-screen, it’s who he is off-screen that makes him a true LEGEND.

It’s no secret that Van Dyke is one of the good guys. And his latest low-key humanitarian effort is just further proof of why we love him.

He was recently photographed at a store buying a cartload of red plaid winter coats for people in need. Not only did he purchase the coats but he also made sure that they got where they needed to go.

RELATED: Rapper Nelly Sees a Disabled Fan at NASCAR Race – Gives the Kid the Jacket off His Back

After loading them into his vehicle he then proceeded to personally drop them off at a local non-profit organization — the Malibu Community Labor Exchange.

Every year, the nonprofit center helps match thousands of people looking for work with potential employers. It also just so happens to be on Van Dyke’s list of favorite charities to support.

Just a couple of weeks prior to this Van Dyke was caught on camera outside the Malibu Centre. This time, however, rather than handing out jackets, he was handing out $5 bills to the unemployed people standing in line.

“Whenever I have some fives I come by,” Van Dyke, told the Daily Mail. “You can’t do it all the time, though,” he joked.

One of the center’s employees called him “an angel from God,” but Van Dyke, humble as always, just shrugged it off.

He’s been periodically popping by the Labor Exchange since 2021 when he was first spotted handing out wads of cash to job seekers amid the coronavirus pandemic.

Maybe it’s because he knows a thing or two about being down on his luck.

Dick Van Dyke Has His Own Rags-to-Riches Story

Before his career took off, he and his first wife, Margerie Willet, struggled financially for years. At one point he had just $30 in his pocket. And while those days are long behind him, it’s obvious that they’ve left their mark.

Van Dyke has been caught in numerous acts of giving back to his community over the years, including a 20-year stint (and counting!) as a regular volunteer at a homeless shelter called the Midnight Mission in Los Angeles.

He’s also the national spokesperson for the Reye’s Syndrome Foundation. He became involved with the organization after his granddaughter, Jessica Van Dyke, died from the disease in 1987, at just 12 years old.

Additionally, he is the spokesperson for the Cell Therapy Foundation, whose “mission is to advance adult stem cell research by supporting the discovery of new medical therapies for a wide range of diseases including heart disease, cancer, and more.

Van Dyke was recognized for his humanitarian efforts in 2014. He was awarded the Prince Rainier III Humanitarian Award by the Princess Grace Foundation. The prize honors artists in theatre, film, and television who give back to their communities.

But he’s not here for the awards.

He believes that helping others, creating community, and loving people are what gives life purpose and meaning.

He wrote about his thoughts on the meaning of life in his 2016 autobiography, My Lucky Life In and Out of Show Business:

“I didn’t know the answers, but I could feel that the things that gave life meaning came from a place within and from the nurturing of values like tolerance, charity, and community.”

Values which he obviously lives out today and hopefully, for years to come.