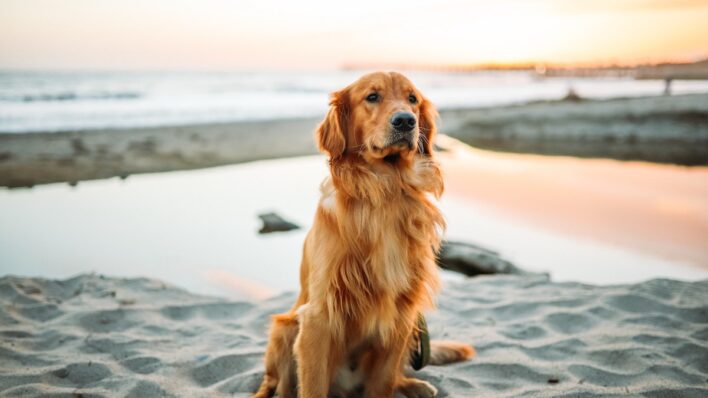 The cutest and funniest quotes and sayings about dogs. “The more I learn about people, the more I like my dog.”
By Flavia Medrut    January 6, 2022

The cutest and funniest quotes and sayings about dogs. “The more I learn about people, the more I like my dog.”

You don’t have to be a dog owner to simply adore them. Maybe you don’t like keeping animals inside your house, but that doesn’t mean you’ll say “no” to a dog’s affection. Once they’ve spotted you, you’ll have to sit there and let them love you.

Dogs are considered man’s best friend and for good reasons. They are loyal, they will protect you and they will be there for you no matter what you’re going through.

I believe dogs are an endless source of happiness and I don’t trust anyone who says that they do not like dogs. How can you not? Regardless of their size or breed, a tail wig is enough to put anyone in a better mood.

Now, your furry friend won’t be able to actually read the dog quotes that we have prepared for you, but you can. Take your dog out for a walk, take a picture of him and post it along with your favorite quote from the list below.

A dog doesn’t care where you live, how you look or how much money you make. All it asks for is your love and some occasional belly rubs and treats.

A dog’s love is unconditional. If you ask me, dogs are these beautiful creatures with even more beautiful souls.

Not everyone deserves one as not every dog owner will treat their pet as they should. But in spite of that, the dog will still love his master. It will still follow them anywhere and do whatever it takes for their master to love them back.

A dog is the only thing on earth that loves you more than you love yourself.

When the dog looks at you, the dog is not thinking what kind of a person you are. The dog is not judging you.

No matter how you’re feeling, a little dog gonna love you.

There’s a saying. If you want someone to love you forever, buy a dog, feed it and keep it around.

The great pleasure of a dog is that you may make a fool of yourself with him and not only will he not scold you, but he will make a fool of himself too.

Actually, my dog I think is the only person who consistently loves me all the time.

If you pick up a starving dog and make him prosperous he will not bite you. This is the principal difference between a dog and man.

There is no faith which has never yet been broken, except that of a truly faithful dog

My main characters are the most sunny, happy, optimistic, loving creatures on the face of the Earth. I couldn’t be happier that’s where I start. I can put as many flawed people in the dog’s world as I like, but the dog doesn’t care. Dog doesn’t judge, dog doesn’t dislike. Dog loves. That’s not so bad.

Such short little lives our pets have to spend with us, and they spend most of it waiting for us to come home each day.

Dogs have given us their absolute all. We are the center of their universe. We are the focus of their love and faith and trust. They serve us in return for scraps. It is without a doubt the best deal man has ever made.

The love of a dog is a pure thing. He gives you a trust which is total. You must not betray it.

You can usually tell that a man is good if he has a dog who loves him.

I think dogs are the most amazing creatures; they give unconditional love. For me, they are the role model for being alive.

The bond with a true dog is as lasting as the ties of this earth will ever be.

Fall in love with a dog, and in many ways you enter a new orbit, a universe that features not just new colors but new rituals, new rules, a new way of experiencing attachment.

A dog will teach you unconditional love. If you can have that in your life, things won’t be too bad.

Loss of a dog quotes

Sadly, these beautiful creatures don’t live forever. Once they pass away, they leave their owners with a broken heart — losing a dog can be an excruciating experience.

If you’ve ever lost a furry friend, we hope that the following dog passing quotes will give you some sort of comfort, even if only temporarily.

It’s hard to think that your buddy will no longer be there to welcome you the moment you step inside your house. Nothing can replace the happiness in their eyes when they see you entering a room. Of course, you can always adopt another puppy, but your old buddy will forever remain in your heart.

Here are a few loss of a dog quotes for those who’ve lost their best furry friend.

Nobody can fully understand the meaning of love unless he’s owned a dog. A dog can show you more honest affection with a flick of his tail than a man can gather through a lifetime of handshakes.

If you have a dog, you will most likely outlive it; to get a dog is to open yourself to profound joy and, prospectively, to equally profound sadness.

If there are no dogs in Heaven, then when I die I want to go where they went.

Not the least hard thing to bear when they go from us, these quiet friends, is that they carry away with them so many years of our own lives.

Dogs die. But dogs live, too. Right up until they die, they live. They live brave, beautiful lives. They protect their families. And love us, and make our lives a little brighter, and they don’t waste time being afraid of tomorrow.

I have sometimes thought of the final cause of dogs having such short lives and I am quite satisfied it is in compassion to the human race; for if we suffer so much in losing a dog after an acquaintance of ten or twelve years, what would it be if they were to live double that time?

To call him a dog hardly seems to do him justice, though inasmuch as he had four legs, a tail, and barked, I admit he was, to all outward appearances. But to those who knew him well, he was a perfect gentleman.

Dogs leave pawprints on our hearts.

Dogs’ lives are too short. Their only fault, really.

Dogs are extremely funny, it’s like they’re natural born comedians. They can make you laugh even when they make a mess, roll over in dirt, or drink water from the toilet. Yes, some do that too, and you can’t stay mad at them. You just can’t, even if you want to. They’ll make all your anger disappear once they look at you with those big, innocent eyes.

They’re playful and clumsy even when they are trying to be serious and we can’t resist those wiggly tails. These joyful balls of fur simply make our lives better.

With that in mind, we have selected some of the funniest dog quotes that will definitely brighten up your day.

No one appreciates the very special genius of your conversation as the dog does.

A boy can learn a lot from a dog: obedience, loyalty, and the importance of turning around three times before lying down.

Anybody who doesn’t know what soap tastes like never washed a dog.

What do dogs do on their day off? Can’t lie around  that’s their job.

I’ve seen a look in dogs’ eyes, a quickly vanishing look of amazed contempt, and I am convinced that basically dogs think humans are nuts.

They [dogs] never talk about themselves but listen to you while you talk about yourself, and keep up an appearance of being interested in the conversation.

I don’t think twice about picking up my dog’s poop, but if another dog’s poop is next to it, I think, ‘Eww, dog poop!’

In order to keep a true perspective of one’s importance, everyone should have a dog that will worship him and a cat that will ignore him.

All dogs are cute because it’s in their nature to be so — whether they’re those tiny ones that look like living toys or those big ones that might scare you at first.

Even the scariest looking breeds can be cute, It all depends on how they were raised. I almost froze when a Doberman started running towards me. Turns out he only wanted a play mate.

It’s sad that no matter how hard we try, humans haven’t yet reached that level of loyalty and friendship that dogs have. We still have a lot to learn from our buddies. Meanwhile, read our compilation of cute and heart-melting dog quotes and become the best friend your dog can have.

All his life he tried to be a good person. Many times, however, he failed. For after all, he was only human. He wasn’t a dog.

I like dogs. You always know what a dog is thinking. It has four moods. Happy, sad, cross, and concentrating. Also, dogs are faithful and they do not tell lies because they cannot talk.

The poor dog, in life the firmest friend. The first to welcome, foremost to defend.

Money can buy you a fine dog, but only love can make him wag his tail.

You know, a dog can snap you out of any kind of bad mood that you’re in faster than you can think of.

The more I learn about people, the more I like my dog.

You can tell by the kindness of a dog how a human should be.

The dog lives for the day, the hour, even the moment.

Dogs do speak, but only to those who know how to listen.

Before you get a dog, you can’t quite imagine what living with one might be like; afterward, you can’t imagine living any other way.

Dogs are not our whole life, but they make our lives whole.

Until one has loved an animal, a part of one’s soul remains unawakened.