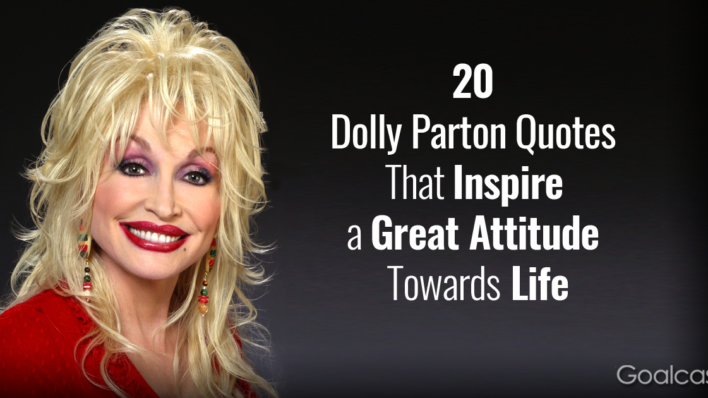 20 Dolly Parton Quotes That Inspire a Great Attitude Towards Life

The cultural icon and a multi-talented star, Dolly Parton is a famous American singer, songwriter and actress. Over the years, her
By Flavia Medrut    February 21, 2019

The cultural icon and a multi-talented star, Dolly Parton is a famous American singer, songwriter and actress. Over the years, her voice and personality won the hearts of country and pop music fans.

Although she was born in a poor family, the fourth of 12 children, Parton’s passion for music helped her make it big in the industry. She learned everything about music from her mother, who sang and played guitar, and while performing in church.

Dolly started to gain fame when she was only ten years old, by appearing on local television and radio shows in Knoxville. With a voice like that and unparalleled charm, she soon became  the protégée of country music singer Porter Wagoner.

Parton has used her success to give back to others. She’s worked with charitable organizations in support of numerous causes and established her own Dollywood Foundation, with the goal of improving literacy among young children.

Here are 20 Dolly Parton quotes that inspire a great attitude towards life: