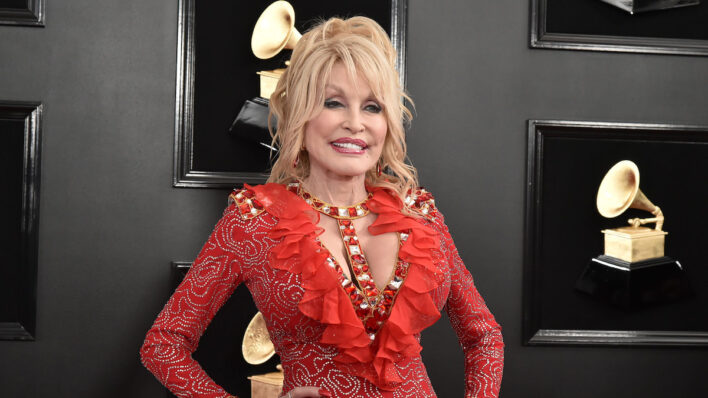 Country music icon Dolly Parton has consistently defied expectations from the very start of her career. This is why she continues to inspire.
By Shaoni Das    May 21, 2020

Country music icon Dolly Parton has consistently defied expectations from the very start of her career. This is why she continues to inspire.

If you know anything at all about country music, then you’ve heard of Dolly Parton. Not only is she one of the most successful female artists of all time but she is also perceived as a complete feminine icon. Whether it’s her rags-to-riches story or her irresistible country charms or her sweet, angelic voice, Dolly has a way with winning over the crowds.

However, as it happens too often in Hollywood, the vast majority of Dolly’s career has been marred by derogatory stereotypes. The big, blonde hair, the voluptuous figure, the innocent country roots: all of her attributes have contributed to her being labelled as a typical ‘dumb blonde’ who’s good for nothing but her looks.

But people forget that the seventy-four-year-old has overcome obstacles far more challenging and unbelievable than some of the other celebrities dominating over the media cycle. This is someone who originated from a family so “dirt-poor” that her father paid the doctor who helped deliver her with a bag of cornmeal.

Yet Dolly beat all odds to have the life that many of us can only dream of, and she did so through her own strength, willpower, and intelligence.

Dolly overcame poverty to be the best in the business

We’ve already addressed Dolly’s humble roots but things only got worse for the young girl from Tennessee as she grew up. She was already the fourth child in the family but her mother went on to have eight other children. This made for an especially busy household and things were chaotic at all times, but Dolly still managed to nurture her love for music.

Dolly had mentioned back in 1979 that there were about three or four kids in one bed. Since she was one of the older ones, her young siblings would keep on peeing on her throughout the night. Even so, Dolly said that it was a “pleasure to get peed on” sometimes because the house would get insufferably cold in the winters.

No books were allowed in the household because the young ones would just chew and bite into them, destroying them in the process. All they had was the bible, which Dolly’s mom read to them at all times.

Nevertheless, as soon as Dolly picked up a guitar at age eight, her heart was set on singing. She spent her childhood doing live performances on radio and television shows in Tenessee, which is how she got her footing in the industry. After she graduated from high school, Dolly booked a bus ticket to go to Nashville, the home of country music, and her life was never going to be the same again.

She refuses to let herself be defined by stereotypes

Dolly Parton emerged in the sixties with her breakthrough album Helly, I’m Dolly. However, it hasn’t been an easy road for her. As a young, naive girl stepping foot into what can be an alarmingly patriarchal industry, Dolly could have easily been scared off or gotten herself manipulated by those in power.

But the woman didn’t back down and turned those arbitrary gender-based expectations on their head. One of the first singles that Dolly ever recorded was a track called “Dumb Blonde”. In it, she is heard telling a man to stop dismissing her as a dumb blonde who will die pining and crying for him. She makes it clear that she won’t be taken as a ridiculous stereotype but also freely admits, “blondes have more fun,”

This song came out over fifty years ago, and it doesn’t take a genius to figure out that the times were much more challenging for women in the south than they are today. And considering this was Dolly’s first single ever, it’s worth noting that the woman intended to break the mould as soon as she introduced herself.

She actually got booed during her first-ever performance at The Porter Wagoner Show as the audiences had a hard time accepting her looks and singing voice. Yet Dolly soldiered on and performed “Dumb Blonde” for the audiences.

Dolly also isn’t afraid of keeping it real with the public. She has been forthcoming about her use of plastic surgery and even holds a sense of humour about it. At a time when so many celebrities are opting for plastic surgery but also being super secretive about it, it’s refreshing to see a woman be an open book about her choices. One of her most-used phrases is: “It takes a lot of money to look this cheap.”

She’s been a champion for women since the sixties

Throughout her career, Dolly has been a champion for women’s’ rights, although she still hesitates to call herself a feminist. Her actions have spoken much louder than her words. In an industry where women so often are controlled by men, Dolly made it known to the girl that it was only her unprecedented talent that was going to guide her.

In the eighties, Dolly wrote a song for the hit film 9 to 5 in which she discusses workplace harassment and inequality. Just last year, Dolly once addressed the themes of the film and said that so much still needs to be done with regard to equal pay, equal work, and harassment in every industry.

At the same time, she’s not one to judge other women for how they go about expressing themselves. When asked about her goddaughter Miley Cyrus, Dolly said that Miley has her own way of handling her experiences. At the time, Miley was getting a lot of attention for baring her skin and dancing provocative but Dolly still respected her choices and thought that her goddaughter was talented above anything else.

When some of Dolly’s friends were seen protesting in the streets against climate change, Dolly said that she respects their efforts at doing what they can to make a difference. However, she maintained that she was an entertainer and she had her own ways.

And it’s not just all talk. Dolly had dedicated much of her life to projects that go way beyond singing. She’s the co-owner of the Dollywood Company, a corporation that owns and operates a Dolly Parton theme park, a dinner theatre, entertainment offerings, waterparks, resorts, and spas. She has acted in a number of movies and television shows, some of which have gone to earn a lot of success. She has about five producing credits, meaning that she’s actually been behind the scenes on a lot of these

And she’s also an unbelievable philanthropist. The work she’s done in encouraging literacy in the country is considered second to none, even though she was born to a father who was illiterate. Her charity Dolly Parton’s Imagination Library has been praised for donating a book to 85,000 kids every month. The charity sent out its 100th million book in 2018, so it’s safe to say that Dolly is a complete sweetheart when it comes to helping out her community.

At the same time, Dolly has also been married to her longtime love Carl Thomas Dean for nearly fifty-four years. She tied the knot with him before she got her big break and they managed to remain together through all the highs and lows. Hollywood is a tough environment where temptations run amok and jealousy is prone to creep in, but Dolly and Carl have been holding on to each other eagerly. They don’t have any kids, as Dolly underwent a hysterectomy early on; this put an end to her ability to have biological kids.

Not everyone is lucky enough to be with someone for 50 years, but I have been. He has been the love of my life and the life of my love…

But that little hiccup doesn’t take anything away from her marriage. The duo savours their time with each other and even go out camping around small towns on the weekends. It just goes to show that Dolly Parton doesn’t mind life without kids and that happiness is absolutely possible without parenthood.

You can control your own destiny

Dolly Parton’s long, illustrious and impressive life tells us that we don’t have to listen to and believe anything people say about us. Sometimes narratives will be framed about us on the basis of futile stereotypes over which we have no control, but our best response lies in our strength. We need to take control of those situations and live our truth. Dolly Parton could have easily ignored those ‘dumb blonde’ labels or even lived up to them, but she decided to write a whole song denying those claims.

Find out who you are and do it on purpose.

Women are often too caught up about labels and identities, but sometimes we need to live our own truth and forget about what it looks like. Dolly Parton has always been honest about her life and what she is willing to do to make a difference.

If we can apply that same principle and dedicate our lives to following our passions and contributing to our causes, then we can achieve the same level of fulfillment as well. As long as we have a heart and a sense of humor about it, we can determine what our life is going to look like.