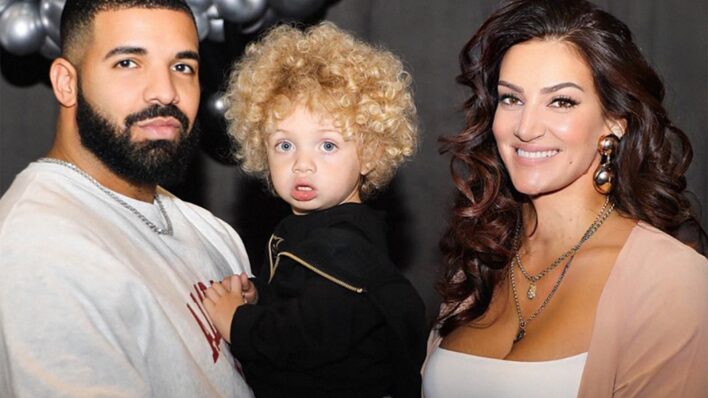 Coparenting with a former partner can be very difficult and often results in emotional turmoil for both the parents and
By Aly Walansky    December 9, 2020

Coparenting with a former partner can be very difficult and often results in emotional turmoil for both the parents and child.

But multi-award-winning singer Drake and Sophie Brussaux, the mother of his son, Adonis, are making it work after some ups and downs.

They “are very happily coparenting together in Toronto with both of them sharing custody,” according to Us Weekly. The source cited in the article went on to say that their son Adonis is a “very happy little boy.”

Things started out rocky, as Drake did not announce he had a child at first because he was waiting on a DNA test, which created a complicated start to this coparenting dynamic — not to mention the fact the whole world was gossiping about it.

“I did a DNA test for my son and it came back to us and it said the DNA test got ruined in transit and they couldn’t be 100 percent sure that that was my son or not,” he said in an interview at the time.

At that point, he didn’t want to tell the world he had a son when he was not sure he did, which led to a lot of speculation and public criticism.

But what started out weird and complicated became a story of love and family – even during this intense year. “I love and miss my beautiful family,” he posted in a social media slideshow at the beginning of the pandemic.

“Three years ago, I was finally meeting you for the first time,” Brussaux wrote on Instagram alongside a picture of Adonis. “I’m so proud of the little man you’re becoming, I love you more than life. The world is YOURS! We did that @champagnepapi.”

Family is family but finding a way to make it work is best for everyone – especially when there are young children involved. And sometimes that means embracing new forms of relating and staying open-minded and flexible.

We can all learn a lot from these two and how much love is clearly there for their son. It looks like they’ve put any differences between them aside to create a healthy reality as parents.