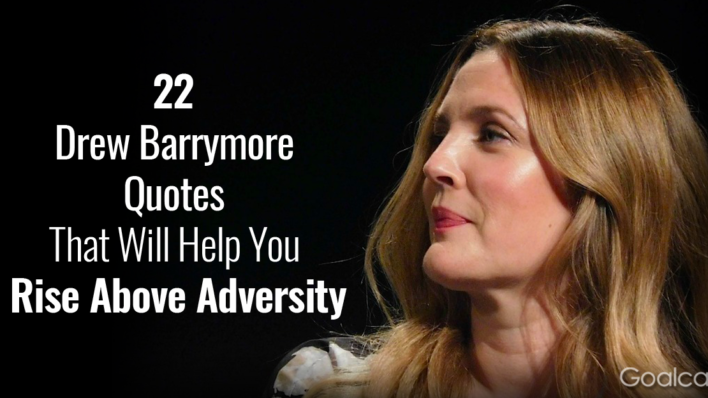 22 Drew Barrymore Quotes That Will Help You Rise Above Adversity

The red-headed Charlie’s angel, Drew Barrymore, is a renowned American actress, producer and Hollywood survivor. Coming from a family of
By Flavia Medrut    February 20, 2019

Coming from a family of actors, Barrymore achieved fame as a child. She made her big screen debut at the age of four in Ken Russell’s Altered States, then, at the age of seven, Drew landed one of her most famous roles in Steven Spielberg’s E.T.: The Extraterrestrial.

As a teenager, the young actress was expected to act like an adult. Under that pressure she began to succumb to a destructive lifestyle defined by drugs, alcohol, and too much partying. She was later placed in a rehab center, cleaned herself up and wrote about the awful experiences in her autobiography, Little Girl Lost.

Barrymore’s reputation as a troubled child, negatively impacted her career for many years. Everyone thought she is just another failed child star so film projects were slow to materialize. Fortunately, in the late 90s, Drew began working steadily again and slowly managed to gain a reputation as America’s new sweetheart.

Drew Barrymore has overcome great adversity and she is an example of pure resilience. We all sometimes make bad decisions, but the important thing is to correct them.

Here are 22 Drew Barrymore quotes that will help you rise above adversity.