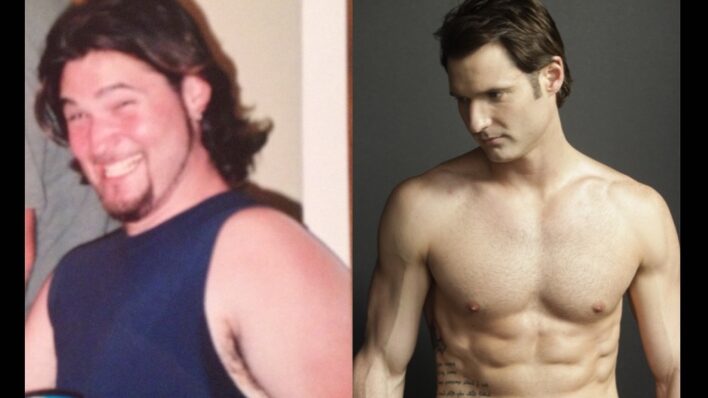 He spent a lot of time unhappy being overweight, until he read a book that changed everything. After high school,
By MJ Kelly    March 9, 2018

He spent a lot of time unhappy being overweight, until he read a book that changed everything.

After high school, Eddie Davenport found himself in really a bad place emotionally, and he knew something had to give. His sister handed him a copy of the popular health and wellness book Body For Life, and after reading it in one day, Davenport embarked on a journey that would lead him to fulfill his wildest dreams.

“I was hooked in an instant, that book literally saved my life,” he says.

Davenport was determined to follow the program outlined in the book and to overhaul his life, which for him meant adopting an “all in” mentality.

He taught himself how to cook, he learned how to grocery shop better and began to prep his meals for the week every Sunday without fail.

It took a lot of hard work and perseverance, but he quickly realized that it was the best decision he’s ever made. “We are in control of more than we think we are. If you want to change, change!”

He now recognizes that nothing good in life comes easy, and that progress can take time but that anything is possible once you put your mind to it.

Your thoughts fuel your feelings and actions

“All of the negative self-talk, including being in denial of what you are going through will just keep you feeling helpless. Hang in there. It is only temporary.”

In the span of four months, Davenport lost 52 pounds. His transformation boosted his self-confidence which in turn gave him the drive he needed to pursue his dreams of working in the entertainment industry.

Today, Davenport hopes that by sharing his story, it will inspire others to take charge of their lives. He currently works as a model, an actor and has worked as a stunt double for Hugh Jackman.

He’s working on his own fitness program to help others reach their full potential.

“You have the power to create a better life for yourself,” he emphasizes. “Knowledge is power.”