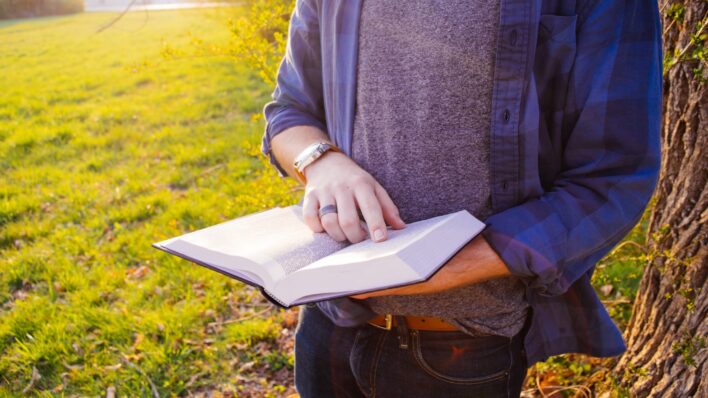 Five Books That Will Transform You Into An Optimist

The world isn’t falling apart, but it sure does feel like it sometimes. Throughout history, many great books have been
By MJ Kelly    February 27, 2018

The world isn’t falling apart, but it sure does feel like it sometimes. Throughout history, many great books have been written about the decline of the West, environmental catastrophes and climate change. But we have good reason to turn pessimism into optimism; things just aren’t as bad as they seem. Canadian-American psychologist Steven Pinker recently pointed out in an article for the Guardian that there’s an equally important category of books that we should be paying more attention to; the kinds that account for progress and have the power of transforming you into an optimist.

It’s easy to forget that progress is never linear — and it’s almost always messy — but that doesn’t take away from the fact that, overall, the world is actually getting better. Here are five books Pinker recommends to change the way you see the world and leverage the power of optimism:

The End of Doom: Environmental Renewal in The Twentieth First Century Ronald Bailey challenges the growing fear of imminent environmental doom by offering a comforting and refreshing perspective on the issue. Through his book, Bailey encourages that we focus collectively on humanity’s resourcefulness throughout history instead of being distracted by the possibility of disaster.

Get The End of Doom here

A History Of Force: Exploring the Worldwide Movement Against Habits of Coercion, Bloodshed, and Mayhem by James L. Payne Through his analysis of historical events, Payne illustrates that, contrary to popular assumption, the world today is a much kinder and less violent place than it’s ever been. The author argues that the assumption that we live in an increasingly violent world is fed by negative stories in the news media. Payne invites us to step back and take a look a the bigger picture.

Get A History of Force here

Winning the War: The Decline of Armed Conflict by Joshua S. Goldstein Goldstein examines the slow and successful evolution of global peacekeeping efforts, concluding that they have been working and have, in fact, led to fewer and less violent wars around the world.

Get Winning the War here

Factfulness: Ten Reasons We’re Wrong About The World—And Why Things Are Better Than You Think by Hans Rosling The late Hans Rosling took a closer look at “the secret silent miracle of human progress” in Factfulness so as to remind us that it a slow process. The author revealed that our instinctual behavior leads us to develop distorted views of the world. Rosling challenges readers to become aware of this, and empowers them to be prepared to respond to crises in the future. Appiah Kwame offers thought-provoking insights into the way social codes and norms, such as honor, influence human behavior. Through his analysis of four cases studies, Kwame ultimately suggests that by working towards the reform of such concepts, humanity will be better off for it.

Get The Honor Code here