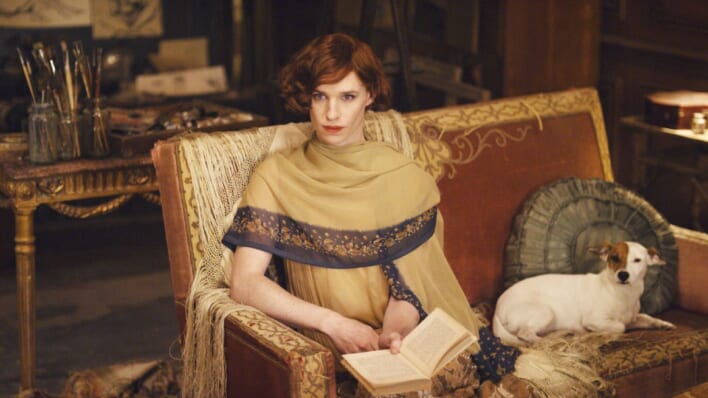 While Eddie Redmayne’s performance in The Danish Girl has earned him an Oscar nomination, the actor says he wouldn’t accept the role if he were offered it today.
By Flavia Medrut    September 21, 2022

While Eddie Redmayne’s performance in The Danish Girl has earned him an Oscar nomination, the actor says he wouldn’t accept the role if he were offered it today.

The movie The Danish Girl by Tom Hooper, starred Eddie Redmayne as Lili Elbe, a transgender painter who was one of the first recipients of sex reassignment surgery.

Based on David Ebershoff’s novel of the same name, The Danish Girl focuses on Elbe’s struggle with her own identification, in a time where such expression could easily result in harassment, violence and/or institutionalization. The movie inspired by transgender pioneer Lili Elbe, tackles the complex subject with grace and respect, giving its audience valuable information about the gender crisis.

If you decide to watch the movie, be ready to experience firsthand challenges transgendered people went through nearly a century ago and still endure today. From brutal physical examinations to primitive medical experiments and homophobic violence, the film was considered a masterpiece.

But Redmayne’s performance in the film was so impressive, it almost earned him another Academy Award. Despite all the positive attention, the film’s crew drew criticism as they failed to cast a trans actor.. On top of this, people also seemed to be angry at the fact that Elbe’s wife, Gerda, received more attention and screen time than the main character.

Other Movies With Transgender Characters That Drew Criticism

In recent years, there has been more scrutiny on cisgender actors like Redmayne playing transgender characters. The situation is not different when it comes to Hollywood’s depiction of trans identity in general.

Jared Leto playing Rayon in Dallas Buyers Club (for which he received an Oscar) or Jeffrey Tambor playing Maura Pfefferman in Transparent (for which he won an Emmy award), were performances once lauded. However, the movies were reevaluated and criticized in the last few years.

When The Danish Girl was released in Novemeber 2015, Redmayne tried to defend his casting and performance by saying: “I hope – as an actor one hopes – that one should be able to play any sort of part if one plays it with a sense of integrity and responsibility.”

Is the Danish Girl a True Story and Who Was Lili Elbe?

It is really hard, if not impossible, for movies based on true stories to get every single fact correct. However, The Danish Girl is based on a true story.

Born December 28, 1882, Lili Elbe was a successful Danish painter under her birth name, Einar Wegener. She was a transgender woman who underwent the world’s first documented sex reassignment surgery. Sadly, the outcome was a failure and Elbe died one year after the surgery (13 September 1931). But at least for a brief moment, Einar became who she wanted to be, Lili.

Elbe kept a diary on her transformation and her notes were published posthumously in a semi-autobiography called Man into Woman: An Authentic Record of a Change of Sex.

Despite the fact that the actor has shown nothing but compassion toward the daunting psychology of gender transition, Redmayne has faced backlash ever since The Danish Girl was released.

Now, the actor regrets playing the role of Lili Elbe and says that he “wouldn’t take it on now” . Redmayne who identifies himself as a cisgender man added later, “I made that film with the best intentions, but I think it was a mistake.”

Eddie has also addressed the fact that transgender people should have a chair at the table so that later conversations around the casting could be avoided: “There must be a leveling, otherwise we are going to carry on having these debates.”

Alicia Vikander, who won the Oscar for best supporting actress for portraying Elbe’s wife, Gerda Wegener, has also talked about the controversy surrounding the movie. In a recent interview with Insider, Alicia noted that her fellow actor’s performance was wonderful, but she also understands the backlash The Danish Girl has received, “I totally understand the criticism that has been out there, because we need to make change and we need to make sure that trans men and women actually get a foot in and get work.”

To show further support for the transgender community, Eddie Redmayne has publicly disagreed with JK Rowling’s statements on transgender people, stating, “I disagree with Jo’s comments. Trans women are women, trans men are men and non-binary identities are valid.” However, the actor was literally shocked by the mean and sometimes cruel comments JK Rowling received on social media saying that the reaction was “absolutely disgusting”.

If the controversy surrounding The Danish Girl has piqued your interest or you simply want to watch a good quality movie, you can check it out on Netflix and come up with an opinion of your own.