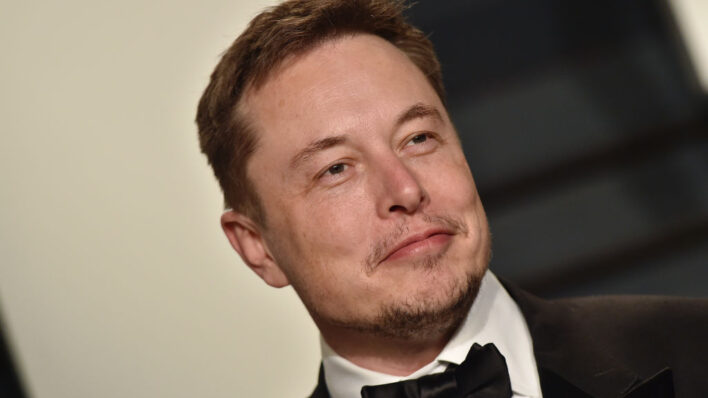 Elon Musk’s #1 Tactic to Never be Afraid of Failure

Most of us are scared of failure. It’s nothing new, and it’s nothing to be ashamed of either. No one
By Jenny Medeiros    June 11, 2018

Most of us are scared of failure. It’s nothing new, and it’s nothing to be ashamed of either. No one wants to fail at what they do, especially if it’s something they’re very invested in.

Elon Musk has a very simple way of not letting the prospect of failure get in his way. He doesn’t avoid failure or hope that it doesn’t happen, instead, he anticipates that it will.

How is this helpful? Well, it’s a bit like preparing for the worst-case scenario before venturing out into the jungle. Some people wouldn’t dare go in due to the fear of getting lost.

But if you already anticipate getting lost, then you’ll likely bring along extra supplies and have a way of notifying someone of your location. Now you’re more confident about going into the jungle, because you have a plan if the worst-case scenario does happen.

The same rules apply to everything else in life. Accepting failure can happen and creating a plan for it is like installing your own safety net. You’ll be much less scared to jump into something new if you know there’s a safety net, right?

A quick lesson from SpaceX Do you remember the story of Elon Musk’s first failures with SpaceX?

When he first started the company in 2002, he had the vision that it would enable humans to become a spacefaring civilization. The rockets would be affordable to build and they would ultimately transport humans to create a self-sustaining city on Mars.

This isn’t the kind of pitch that would strike complete confidence into the hearts of many investors, but Elon Musk fully believed in it and he had a contingency plan if it all came crashing down (literally).

In an interview with Esquire, he declared: If we don’t get the first SpaceX rocket launch to succeed by the time we’ve spent $100 million, we will stop the company.

His prediction of failure very nearly came true. The first launch cost $30 million, and failed. The second cost $60 million, and also failed. The third and final launch was successful and won a billion-dollar contract from NASA.

Was Elon Musk afraid of failure? Probably. Did it get in the way of his goals? Definitely not.

How to always anticipate failure Getting comfortable with the idea of failing isn’t easy. But there are steps you can take to create a well-thought contingency plan in case failure happens.

2. Now, write down the absolute worst-case scenario for that project. It could be losing money, wasting time, public embarrassment, etc.

3. Next, break down the causes of this worst-case scenario. Then cross out the ones that are out of your control.

4. Finally, write a contingency plan for each cause you can control. If you’re worried that no one will want to buy your designer socks, your plan could be to re-use those designs on other products like t-shirts or even notebooks.

The important thing here is to always expect failure and be ready for it. Only then will it stop being the reason you don’t move forward with your goals.

Failure is an option here. If things are not failing, you are not innovating enough.