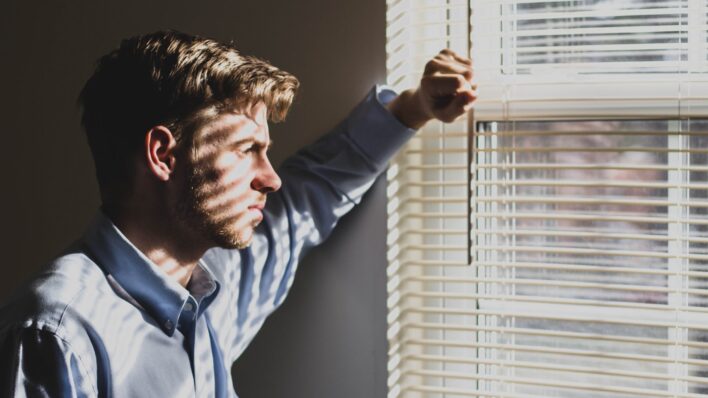 It always bugs me when I see people post about how much they’re “dreading that it’s almost Monday.” Not because
By Vadim Revzin    May 4, 2018

It always bugs me when I see people post about how much they’re “dreading that it’s almost Monday.” Not because I’m annoyed by their complaints, but rather because I’ve been there before myself, and it hits close to home.

These social media posts usually pop up early Sunday evening, most likely after it’s already been weighing on their mind for hours, if not all day. That’s too much of your life to spend in a negative mental state. I’m assuming Monday through Friday isn’t much better.

Why do we feel so much frustration in these moments? Why are we overcome with a sense of helplessness?

Mostly because we never stop to think about a plausible alternative reality. And even when we do, the risk of failure and internal rationalization of why something might not work forces us to quickly retreat to what we know best — the status quo.

More importantly, it’s because most of us don’t take the time to understand the steps that need to be taken to achieve a different, desired state.

Ironically, it takes far less time (but far more mental effort) to figure out how to get out of a bad situation than dwelling on the inevitability of it.

Understanding the root of this faulty line of thinking is a good place to start.

Tony Robbins (and Freud before him) calls this the Pleasure Pain Principle: “the instinctive seeking of pleasure and avoiding of pain in order to satisfy biological and psychological needs.”

Steven Pressfield, author of The War of Art, calls it “the resistance.”

Our brains love comfort, and are programmed to constantly seek satisfaction while resisting pain. Because of this, often times we inaccurately associate pain with the things and actions that would actually bring us deep satisfaction in the long run.

Let’s take fear of failure as an example. Most of us instinctively assume that trying something new is likely to result in failure, so logically we shouldn’t try it in the first place. Why? To avoid feeling even worse than we do now, and to save ourselves from embarrassment in front of our family and friends.

In reality, when we ignore these instincts, we find that people are actually supportive of new initiatives, even if they’re strangers. Furthermore, we realize everyone else is too concerned with their own issues and insecurities to judge us for our failures.

Beyond that, every incremental failure is actually one step closer to a success. You’re likely to be in an improved mental state even as you’re failing because unlike the old you, the new you has the ability to take action and change the status quo.

How to break the thought patterns that don’t serve you

The goal then is to break the cycle of faulty associations that your brain is making. But how?

The moment you decide to start taking deliberate and consistent action toward what it is you want, everything changes. What’s more amazing, is that this change happens incredibly quickly.

Spending just 30 minutes working to achieve your goals will immediately give you a feeling of accomplishment. Instead of wasting the whole day feeling negative, you’ll find comfort in knowing that you’ve started to put in real effort.

At first, action alone will help you stay positive. You’ll even start to see opportunities that you were completely blind to before.

Maybe an old colleague that you decided to grab coffee with will serendipitously introduce you to a friend working on an exciting new project. Perhaps one of the 10 event organizers you reached out to agrees to help you plan and execute on your new idea for a conference.

This is a critical step to rewiring your brain, breaking old habits, and creating a bias towards action. Instead of associating action with failure and pain, you’ll crave the validation that comes with taking incremental steps towards personal progress.

These one off victories will keep you motivated to keep going.

The ultimate goal of achieving success is then simply a matter of persevering until success is your new inevitability.

Taking action puts you back in control, which is incredibly powerful. We control our destiny far more than our brains lead us to believe.