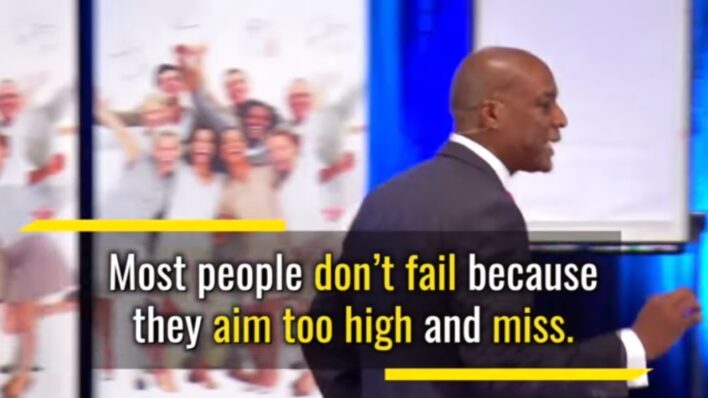 Eric Bailey – Rise Above In this new incredible Goalcast speech, Eric Bailey delivers a passionate plea to all those
By Goalcast    July 25, 2018

Eric Bailey – Rise Above In this new incredible Goalcast speech, Eric Bailey delivers a passionate plea to all those

In this new incredible Goalcast speech, Eric Bailey delivers a passionate plea to all those sitting on nails, struggling in life, and complacent with their circumstances. It is time to get off that nail.

My father told me a story once. There was a little boy who went walking with his father, and as he was walking with his father in the neighborhood, they walked past a home and sitting on the porch or the veranda, as you would call it, was an older man that had his dog by his feet. Trusted dog. The dog was just so complacent with life and knew that everything was going to be prepared and taken care of for him. But the dog was sitting there by his owner’s feet and he was moaning and groaning like he was just in so much pain.

There are all kind of nails that we’re on. But guess what? Today my role is to get you to see that you don’t have to stay on the nail for the rest of your life. Getting off the nail means understanding that all of us, we are linked. We came onto this planet. We came into this world to do something amazing. We came to do something great. However, sometimes circumstances come into our lives that sometime test us, that challenge us. Sometimes we come into situations where we have something happen to us, and we go oh, no. I can’t go any forward. Oh, no. It can’t happen. And then we blame. We blame the color of our skin. We blame our race. We blame our religion. We blame our age. We blame the fact that some of us have hair and some of us don’t have hair.