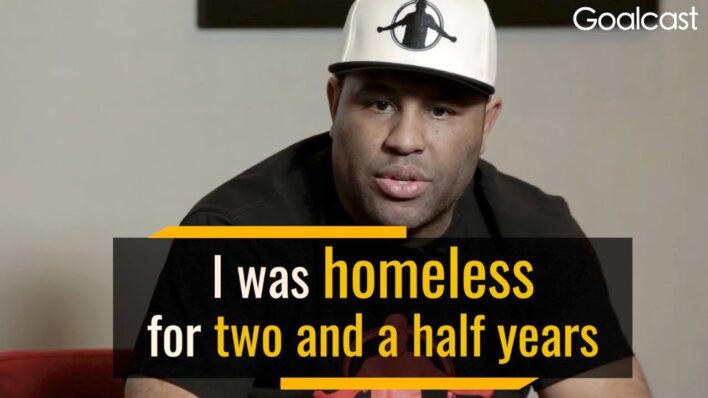 Eric Thomas: It Took Me 12 Years to Get a Degree

Eric Thomas – Make Your Life In an interview with Lewis Howes, Eric Thomas speaks about how having phenomenal will
By Goalcast    July 25, 2017

In an interview with Lewis Howes, Eric Thomas speaks about how having phenomenal will allowed him to outwork people who were in a more fortunate position than him.

I was homeless for about two-and-a-half years, and didn’t know who my biological father was at the time. Had never really excelled academically. I was a good athlete, but because I didn’t keep my grades up, I couldn’t play regularly. I was just trying to find myself. I was fortunate enough … I got average skill but I have phenomenal will, so I just had to buckle down and really ask myself, “What do I want to do with the rest of my life?” End up going to college. Took me 12 long years and I think the challenge was I didn’t know the code, the rules. I didn’t know the language of academia, and I really had to humble myself and really buckle down.

Just do what you do. So many people are what I call … They’re game watching. They’re scoreboard watching. Every play, they’re looking up to see where they are. You can’t scoreboard watch and play the game at the same time. You gotta play the game. They’re so worried about, “Is this going to be my year?” They spend so much time concentrating on when the big one is going to happen that the big one never happens because you can’t chase two rabbits. If you chase two rabbits, you’re not going to catch either one.

If you’re listening to me, you’re an entrepreneur. You have to hear this. There are people who graduated magna cum laude, summa … I didn’t. There are people who were born into wealth. There are people who were born into a certain network. I wasn’t. But here’s the trick. Even though I don’t have what they have, I can outwork you. If I’m getting up at 3:00 in the morning, and as sweet as you are … Networks, parents, wealth, opportunities … And you get up at 8:00, I’ve got a five our jump start on you. I don’t care who you are, if we’re traveling to the same city and I take off five hours before you, nine out of ten I’m going to get there before you get there.

I’m going to say, I guarantee you, this year could be the best year of your life if you execute more. I’m not saying you not executing, but I’m telling you if you were to execute 100% of the time, you’d probably add another comma to your income, another zero to your income, just by executing, executing within a time frame you say you’re going to do it, and executing with excellence. Just do those three things and I guarantee you’re going to go to a whole new level.

You’re waking up every day with this concept of I have 24 hours and they’re mine. This 24 hours belongs to me. Whatever I do in this 24 hours will determine where I’ll be tomorrow and the next day. I think that’s what people need to focus on. Get off of this “I want to make six figures,” “I want to drive this car,” “I want to live in this house.” I think what people should be focusing on is I have 24 hours. Oprah only has 24. Bill Gates only has 24. Warren Buffet only has 24 hours, and in that 24 hour period, I can either break my life or make my life.