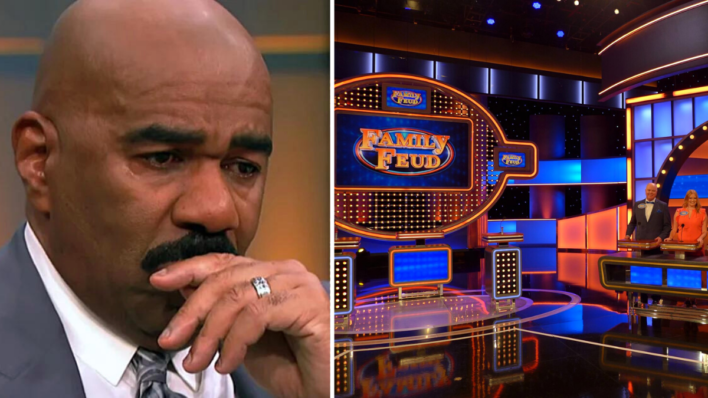 A winning contestant got even more than he had bargained for after an emotional conversation with Steve Harvey.
By Sophie Babinski    July 21, 2022

A winning contestant got even more than he had bargained for after an emotional conversation with Steve Harvey.

Serious illness is one of the most frightening things we can deal with in our lives. Whether we are facing a terminal diagnosis, mounting medical bills, or fear of leaving our families behind, there are many stressors and worries that keep people up at night.

RELATED: Why This Kansas Chief Player Is The Actual Winner of Super Bowl LV

One Family Feud contestant was living this nightmare when Steve Harvey, one of the most beloved game show hosts in America, performed a good deed that changed his life.

Why A Family Feud Contestant Competed For Several Days

Family Feud is one of the longer running TV game shows with many notable moments that have gone viral. One moment, however, has stuck with host Steve Harvey over the years. A man was competing several days in a row, and was visibly nervous. Of course, contestants are usually nervous, but this man’s sweats and shakes were more noticeable than the average person’s. He was sweating so much that production had to ask him to change his shirt.

At first, Steve was planning on making light of the situation on camera during his hosting duties, but he decided against it because he realized something was seriously wrong with the situation.

After two days of not winning anything, the contestant was becoming increasingly agitated. Finally, though, he won a big chunk of money — $20,000! As soon as it happened, the man was overcome with emotion, throwing himself on the ground and weeping.

He had played three days and they didn’t win the money, and he was just a wreck. Luckily for the man, after three days he finally won the amount of $20,000. Immediately afterward, the man collapsed in tears. He just fell on his knees, and he wouldn’t stop crying.

During a commercial break, Steve approached the man to talk about his reaction. When Steve asked him what was going on, the man admitted that there was more to his life story than he had been letting on. He said that he was terminally ill with only three months to live and because of his diagnosis, his family couldn’t get insurance.

RELATED: Woman Dumped By Fiancé For Being Overweight Gets Ultimate Revenge

He was so grateful to have won the money, because his family’s security and future really depended on it. Steve was so touched by the man’s story that he decided to give him $25,000 more out of his own pocket. Of course, the man was thrilled.