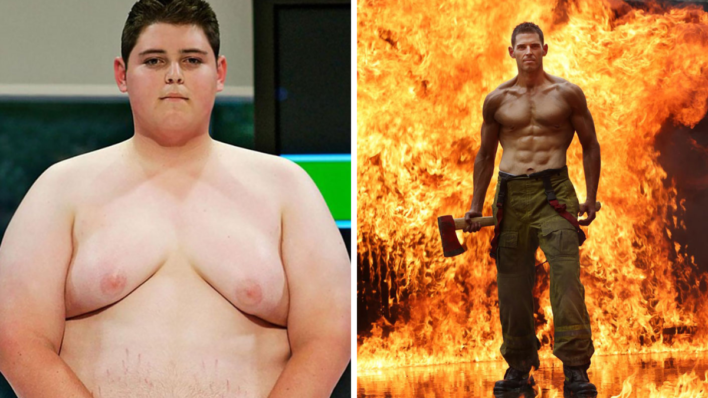 Prepare for your mind to be blown when you see how one weight-loss warrior is winning over 10 years later.
By Bryan Liquor    September 22, 2021

Prepare for your mind to be blown when you see how one weight-loss warrior is winning over 10 years later.

He battled weight from a young age

We can debate it all day but the fact remains that for many when it comes to self-esteem, appearances matter. It’s our cover letter to the world, and we want to like what we see in the mirror.

Battling weight gain and insecurities from a young age, Sam Rouen of Sydney Australia was constantly unhappy with his.

His tipping point came when, at 19-years-old, he tipped the scales at 340 pounds. It motivated him to enlist to compete in The Biggest Loser, a show where overweight contestants compete to lose the highest percentage of body weight for a cash prize.

While the show’s methods aren’t without their controversies, for Rouen it was the challenge he needed to turn his life around — and he was up to the task.

As it turned out, it was more than he could have imagined.

He turned himself around

Against all odds, Rouen made it through the gauntlet to become the show’s youngest winner. The victory was a game-changer.

“I proved to myself that I COULD do what I put my mind to.”

But like the saying goes, nothing kills like success. Hovering over Rouen’s epic win was a dark reality that most people who lost weight gain it back, including past Biggest Loser winners.

Oh, but Rouen wasn’t about to be a statistic. Over 10 years later, he has not only kept off the weight but also hit new heights.

He’s rocking a chiseled physique and has since become a firefighter, even appearing twice in his company’s annual fireman’s calendar.

Posting online, Rouen looked back on that moment and what it meant to him.

Eleven years ago today, I stood on a stage and realized that I committed to something. It was one of the first times in my life that I put my mind to something, gave it my all and achieved what I wanted

Despite his transformation, Rouen admits that insecurities about showing his body still linger.

“The shoot went extremely well but stripping down and jumping in front of a camera isn’t second nature to me,” Sam told The Daily Telegraph. “I still don’t like taking my shirt off — even at the beach.”

Nowadays, Sam Rouen is preoccupied with that gym life.

“I definitely love running and working out with my brother. I play a bit of sport to stay in shape and also work out in the gym.”

Rouen hopes that his personal triumph inspires others to new heights.

I hope that everyone has that opportunity to reflect on themself, and realise how amazing they are, what they can achieve, and what they are worth.

And therein lies Rouen’s real story. Not one about washboard abs, a ripped bod or poster foldouts. It’s a story about the awesome power that personal mastery and discipline can unlock.