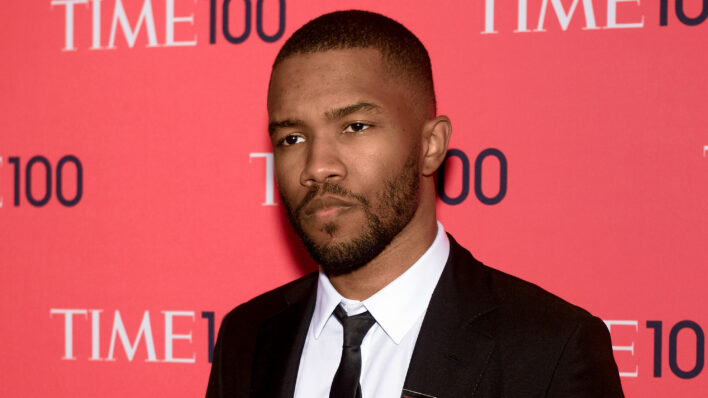 Self-belief is at the root of all achievement.

Frank Ocean’s career has been a string of perfectly executed game plans and unique offerings to the music world. His art is timeless, perfectly blended genres with storytelling that is poignant, simple and utterly flawless. He first emerged onto the scene as a songwriter for artists like Beyonce, John Legend, Justin Bieber and Brandy.

After signing to Def Jam as an artist, Frank wasn’t able to carve out the space he needed to gain the label’s attention and loyalty. That’s when he dropped nostalgia, ultra without their permission and burst onto the scene.

The mixtape made Frank an immediate legend and drew buzz from all over the internet. Def Jam simply couldn’t ignore him then.

One year later, Frank returns with Channel Orange, the Grammy award winning masterpiece that certified Frank’s ability as a songwriter and outright visionary. His work was effortless, loved by everyone and distinguished as a rare offering by a young artist. He’d cemented himself as a great artist, respected by his peers.

Then he disappeared for four years. No one heard from him, fans waited anxiously for new music until in August of 2016 a mysterious stream appeared on his website. Fans slowly watched as Frank built a staircase. Towards the end of the stream, his latest album, Endless appeared as the soundtrack.

A beautiful, intricate and yet sometimes disjointed offering. Endless is simply beautiful. However, the project signifies much more than Frank Ocean’s return to music. Frank cleverly used the album as a decoy to get himself out of his deal with Def Jam, and then signed an exclusive contract with Apple Music for a second album (released that same weekend).

Though unconfirmed, there’s rumors Frank used a private benefactor to pay back the initial $2 million advance he received before dropping the album, thus retaining the ownership of his releases with Def Jam. After dropping Endless to get himself out of the Def Jam deal, he dropped his real album, Blonde with Apple Music for an earth-shattering $20 million. It is considered by critics to be one of the greatest albums of the 21st century, and was a stunning hit with fans.

“I feel at peace with all that,” Frank explains in an interview with GAYLETTER, “I feel like the best outcome for myself was that outcome, and I feel proud of what I was able to get done with it. I love the music and the art that came out of that period, as well as the visual work. It’s definitely a period I look back on fondly.”

“Well, fucking with major music companies, you’re going to be…deflowered. Anytime you get into the business side of the arts, there has to be some degree of objectification or commodification that you’re comfortable with, of yourself and of your work.”

The reality is that the music business is just that, a business. Just as labels have found ways to move around artists, Frank found a way to move around them. The plan is legendary, and a huge win for artists around the world in terms of ownership over your art, career and livelihood.

Frank did something few artists ever get the chance to do, and he came out with a huge financial payoff in the end. He notes however, that purpose and intention are big parts of the journey. It’s important to reflect on where you want to go, specifically and what success really looks like to you. It’s easy to get disillusioned with a career in the arts.

“I don’t know about purity. It depends on what you want. A lot of people I talk to about careers in the music industry, their ideas of success have to do with nostalgia. They have to do with tropes of success, things they’ve been shown over the years that represent what a successful career is. I think that helps you become prey, because somebody can manipulate you with those things. Then you may get to a point in your experience where you become disillusioned with those things. So anybody having a clear idea — even if it’s as crass as “how much money do I want to make, specifically?” — I think that’s much clearer than some of these other things that represent success, whether that’s X amount of spins or streams or plaques. Even sold-out venues. If those things don’t help you reach your defined priorities, then what are those things there for?”

“That’s how I try to make decisions in my life and career, and, if asked, I share that philosophy with anybody who asks. For me, it’s about Why am I doing this? What exactly do I want from this? And how do I get those specific things I want out of this? And what does success look like on those terms? And what does failure look like on those terms? That’s how I think about it now.”

Frank’s deal is immortalized in the industry forever. He forced Def Jam to quickly cancel all Apple exclusive deals as payback for the move and proved there’s ways for artists to build their own leverage in this industry.

By paying attention, and deeply understanding the game you’re moving in, you can create a foundation to build wealth off your art while retaining ownership. The industry was created to confuse people without the resources to understand. Frank is another artist in a long list of great who’ve created blueprints for the next generation to profit off of their work.

One of the most important aspects of Frank’s success is that he understands his value. He wasn’t willing to settle for less. He’s built a career off of betting on himself. With nostalgia, ultra and the self-released success of his first mixtape, to the unforgettable masterpiece Blonde, Frank has always found a way to stay one step ahead of the competition and industry as a whole. He’s consistently defined success on his own terms and that’s given him the ability to create life as he imagines. Self-belief is at the root of all achievement.