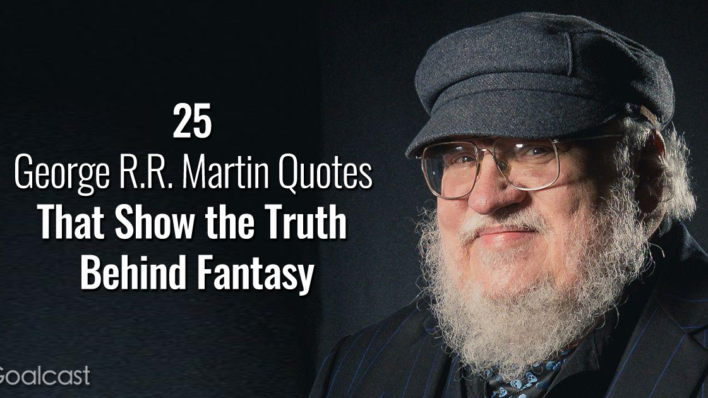 25 George R.R. Martin Quotes that Show the Truth Behind Fantasy

Born on 20 September 1948, George R.R. Martin is an American writer of fantasy, horror, and science fiction, best known for his series of epic fantasy novels, A Song of Ice and Fire, which was adapted into the cultural phenomenon HBO series – Game of Thrones.

Martin began writing at an early age and used to earn some extra pennies by selling his short stories to children in his neighborhood. Monster stories were his specialty back then, but he made his first professional sale at the age of 21 – The Hero was Martin’s first published work and gave him just enough motivation to continue writing.

A big fan of Tolkien’s The Lord of the Rings, Martin never imagined that his work would one day become addictive to fans all over the world. But here we are!

In his masterpiece, A Song of Ice and Fire, the author shows no mercy to his characters, and maybe that’s why we love it so much. We sometimes feed on stories where good triumphs over evil, yet we know that “life happens” to everyone, irrespective of how good or bad people are. In his fantasy tales, Martin reflects the reality of war, which is mostly unexpected and unfair.

A mind needs books as a sword needs a whetstone, if it is to keep its edge.