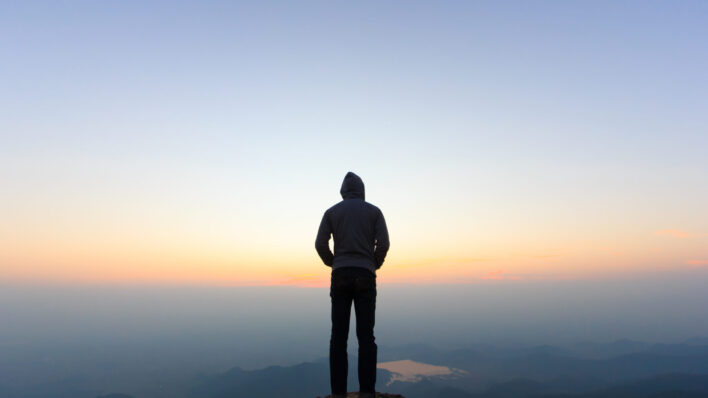 Live Like You Already Have It, and You Will

So many people, when asked about their goals, immediately sling them far off into some mythical “one day” and allow
By Owen Baxter    October 6, 2017

So many people, when asked about their goals, immediately sling them far off into some mythical “one day” and allow

So many people, when asked about their goals, immediately sling them far off into some mythical “one day” and allow them to settle there. “I’ll start getting up early when I have a job,” they’ll say. “I’ll stop eating junk and start eating healthy when someone buys me a gym pass,” they’ll moan. “I’ll give money to charity when I’m rich,” they’ll vow. But this “when” is always vague. Why? Because the truth is that you are never going to reach the point where you feel like changing your life. Live Like You Already Have It, and You Will

You need to recognize that the risk of moving toward your dreams is much lower than the slow, everyday punishment you inflict on yourself by suppressing your dream.

It’s a tragedy that the prime trigger for human action is only when something goes terribly wrong. There are people around the world who give up smoking only when they get lung cancer; start searching for a job only when they have nothing left in the bank; start being grateful for their health only when it is challenged by a disease that has erupted beyond their control; start spending time with the friends who have always been there for them only after a devastating break up.

Of course, this behavior is the opposite of heroic. It’s lousy. It unveils years of self-neglect in one big ugly back-to-back sitting.

It shows that we only care about ourselves when there’s a problem – and we’re all guilty of it.

So, what’s the solution? What will spring us from this pit of self-neglect onto a plane of self-love?

Well, I’ll tell you: the solution is for us to we start living like we already possess the change we want. And that we start now.

Put the guilt away — today is a new day

There is great power in this method. Nobody demonstrates that power more than Jim Carrey, who as a young struggling actor wrote himself a check for 10 million dollars dated “Thanksgiving 1995,” for “acting services rendered.” He worked as hard as he possibly could toward that intention, and by Thanksgiving 1995 had received 10 million dollars for the hit comedy, Dumb and Dumber.

One way he achieved his goal – along with much more than he anticipated – was by having a relentless faith that what he desired was out there waiting for him, so long as he did the graft to bring it toward him.

The place most of us get stuck is one of thinking without acting. We imagine the ideal future for ourselves, then just expect it to turn up at our doorsteps like a generous party guest, bearing casual gifts of infinite wealth and health. The end result to such an assumption can only be doom and disappointment.

Visualization is not enough

The power lies not in what you do, but in the intention behind what you do. Had Jim Carrey just “worked hard” in general, maybe at a job he didn’t like, or maybe worked on something unrelated to good acting like trying to please people, he would never have achieved all that he did.

Success like his back in 1995 comes from having that specific through-line: the services rendered. What services will you render? For, after all, receiving is just as much about giving. Hoarders are likely to never get much more – and if they do, they’ll only be miserable because they’ll never bring themselves to spend it on a deserving cause. Knowing what you can do for the world in return for abundance will help you live like you already have it. If your dream is to become a heart surgeon, the intention behind it should never be so you can afford beautiful holidays and flashy cars – those may be lovely by-products, but isn’t the pride that comes with saving hundreds of lives the more fulfilling intention behind such a dream? Isn’t that what will ultimately help you rest your head at night in peace?

To offer a personal example, a year ago, inspired by Carrey’s story, in the midst of all of the volatile confusion, heartache, ecstasy and joy that comes with drama school auditions, I wrote out a template letter addressed to myself and dated it 31st May 2016, via which I had hypothetically been accepted onto a degree course in Acting.

The interesting part is that the date was completely random. I read the letter over and over for some time like Carrey suggested until I eventually forgot about it. I spent the year working extremely hard toward that goal, and – I still thank my lucky stars for this today — in the end, I got a place. Over the past year I have grown more as an actor and a human being than I ever thought posssible. But that isn’t the miracle…

The miracle was that I was accepted on the 31st May.

Make your own miracle

I only realized this a few months ago while reflecting on an old journal where the letter was crumpled inside. I glanced over the letter with a warm feeling of compassion for myself, because the institution I selected for my template was a school I received a call-back from but was ultimately rejected by. I laughed at how hard I tried.

Though it wasn’t until I saw the date in the corner that I rushed for my actual acceptance letter — and my eyes started to well up with tears. The dates on both letters matched! And I know in my gut it wasn’t just a coincidence.

I had a goal, intended with all my might to achieve that goal, imagined myself having that goal, let go of it, and then all obstacles moved out of the way to bring about that goal.

As my beloved Oprah would word it, what I know for sure is this: when you are relentlessly in tune with a vision for yourself so much so that it motivates you to go about your life acting in a way that suggests you have already received that vision, eventually, you are going to achieve that vision.