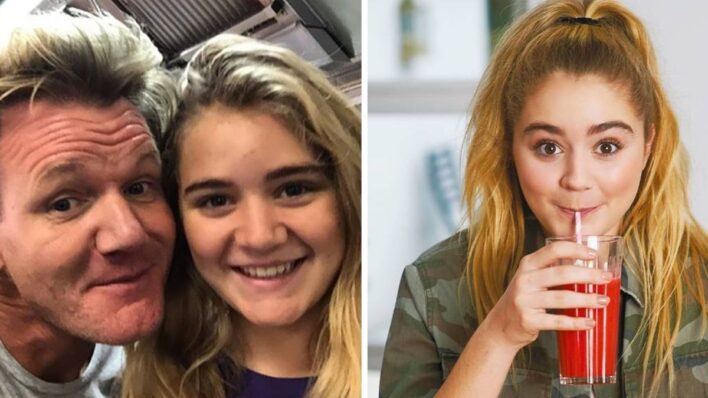 Celebrity chef Gordon Ramsay is known for the intense situations in his kitchen on reality cooking competition program Hell’s Kitchen, but he showed he appreciates a good laugh when he was the victim of a TikTok prank — at the hands of his teenage daughter, Tilly.

In the silly video, Tilly is pretending to show her dad a magic trick involving balancing an egg on top of a bottle of water — but then she squirts water into her dad’s face.

Ramsay then leans forward to inspect her work, and at that moment Tilly cracks the egg on his head before running away.

But Tilly’s dad showed that he appreciates some good-natured fun and went on to share this video on his own social media.

“Someone did the dishes last night in the Ramsay household…. @tillyramsay,” Gordon joked.

Tilly has a history of having fun on social media

In another Tik Tok video late in 2020, Ramsey and Tilly participated in the TikTok challenge set to Run-DMC’s “It’s Tricky.” The point of the challenge is the participants dancing offscreen while choosing between two options at the top of the screen. In Ramsay’s video, it was revealed Tilly prefers plain food while her dad favors spicy, and the teen likes “mum’s cooking” more than dad’s!

That had to lead to quite the conversation in their home that night.

Tilly takes after her dad

Despite the good-natured ribbing and fun on social media, the pair actually have something pretty major in common. Just a few years ago, at only 15 years old, Tilly published her first cookbook.

The fun in parenting

The relationship between Tilly and Gordon Ramsay is light-hearted and open. It is obvious that Tilly feels safe acting silly and being herself in front of her famously stern father. That is an honest relationship we can all learn from.