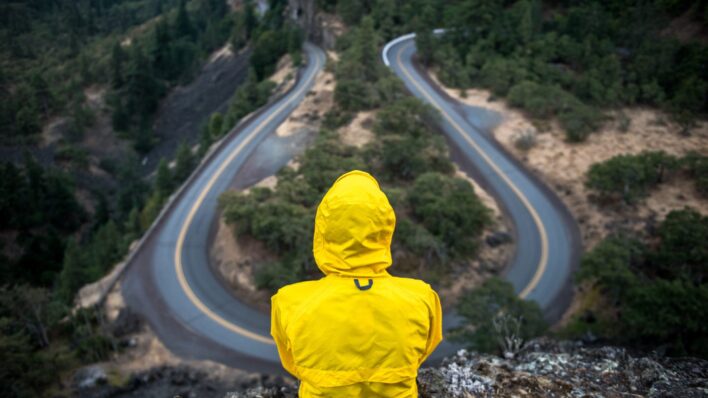 How to Reframe Your Mindset and Achieve Success, According to “Happy Accidents”

For Four Day Weekend, a Texas-based improv comedy troupe, it all began in a dingy, rundown apartment with no electricity.
By MJ Kelly    September 5, 2018

For Four Day Weekend, a Texas-based improv comedy troupe, it all began in a dingy, rundown apartment with no electricity. Four friends sat together, in darkness, pondering the future of their careers in comedy. On the brink of total unemployment, things were messy but little did they know, great things were brewing.

In Happy Accidents: The Transformative Power of “Yes, And” at Work and in Life, authors David Ahearn, Frank Ford, and David Wilk share their professional trajectory, from their humble beginnings as a weekly comedy troupe, to selling out theatres and performing for former President Barack Obama.

Blending autobiography and advice, the founders of Four Day Weekend, teach us how to adopt a positive mindset by becoming more open to opportunity and less driven by fear. This shift in the way we think can not only inspire business and professional growth but personal development and success as well.

How? By adopting the “yes, and” philosophy —  a fundamental principle of improv. It turns out this simple turn of words leads to better relationships, better collaboration, and therefore endless possibilities.

In improvisation, “yes, and” is an unwritten rule that encourages participants to meet another participant’s idea with acceptance, and to build on it. Rather than turning down the suggestion, which only leads to a dead end, accepting it opens the door to new opportunities.

Take a minute to think about how often someone has suggested something to you, that you instantly dismissed? The truth is, we’re hardwired to say no and most often, it’s out of fear. Our reactions are usually driven by fear that the idea or project won’t materialize, and a more general fear of the unknown.

This improv principle can easily be implemented in our daily lives and at work to build stronger relationships by fostering inclusion and placing value on other people’s contributions.

How hard could it be? Think about it, we spend a lot of our time improvising, every single day of our lives, anyway. Whether we’re asked to think on our feet or to come up with a last-minute halloween costume.

The idea is that with practice, saying “yes, and”, instead of defaulting to “no”, ultimately rewires our brains to see perceived mistakes, errors and challenges, as “happy accidents”.

Happy accidents are the unexpected turn of events throughout life that produce outcomes beyond our wildest dreams.

The founders of Four Day Weekend have benefited from embracing the philosophy first hand and have manifested success that they never imagined was possible. From questioning their livelihoods in a rundown Forth Worth apartment one night over 20 years ago to turning the 2008 financial crisis to their advantage, and building a profitable business.

Ahearn, Ford and Wilk also explore the concept of ROI, or “Return on Improvisation”, see what they did there?

Based on the concept of “group mind” in improv, it means that by placing value on each other’s suggestions, we build trust and foster loyalty and passion. And, what’s the number one thing that drives innovation? Passion.

In Happy Accidents, Four Day Weekend invites us to become more open-minded, to develop and nurture supportive relationships which will propel us into the direction of success.

Try it! Start small. Next time you’re instinctively inclined to say no to something, anything, say yes instead. Try it a couple times. At the end of your day, look back and reflect on your day’s been affected by saying yes. The universe will always find a way to reward you. Take it from Four Day Weekend.

Check out Happy Accidents: The Transformative Power of “Yes, And” at Work and in Life for yourself!

3 more ways to support and nurture your success: