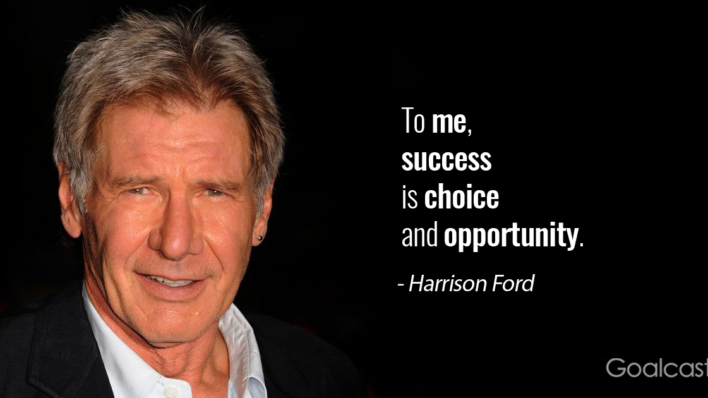 25 Motivational Harrison Ford Quotes on Designing Your Own Life

Harrison Ford is a popular American actor with an acting career that has spanned almost five decades. However, if his
By Flavia Medrut    December 27, 2018

Harrison Ford is a popular American actor with an acting career that has spanned almost five decades. However, if his name still doesn’t ring a bell, things will definitely become clearer once we mention characters such as Han Solo or Indiana Jones.

Don’t feel bad about it though. Since Ford has been so famous for these roles, a lot of people tend to mistake his real name with his screen name.

Ford took an interest in acting after completing his studies, but becoming famous in the movie industry is not an easy job. In order to make ends meet, Ford worked as a carpenter while taking small roles, until George Lucas gave him his first important film role in American Graffiti.

Even though some of the roles he accepted over the years did not reach the blockbuster level of the previous franchises, Ford still enjoyed success with movies like Apocalypse Now and Air Force One.

While the actor has a net worth of millions of dollars, he prefers the simplicity of rural living, so if he’s not on the movie set, Ford prefers spending time at his ranch in Jackson Hole.

Here are 25 Harrison Ford quotes on designing your own life. 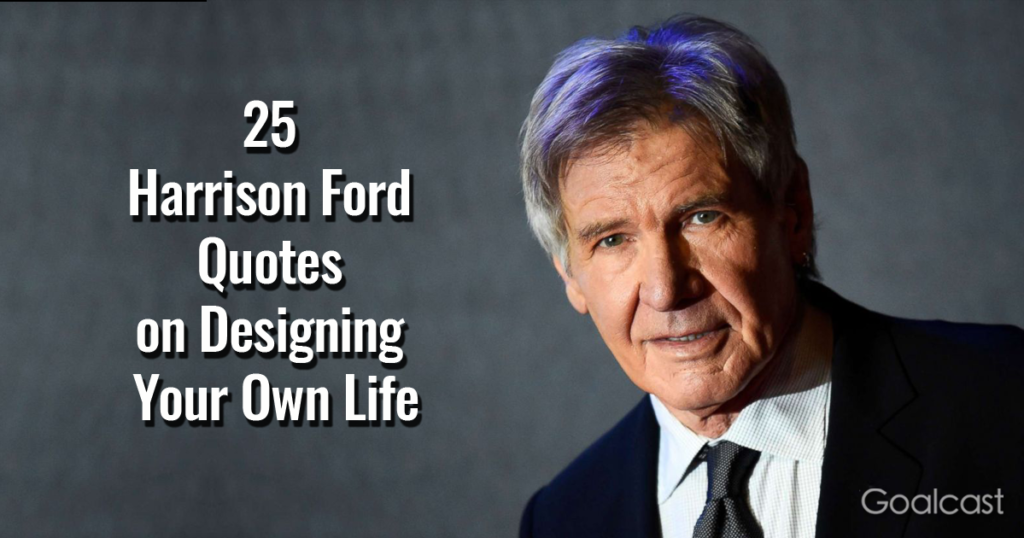 We all have big changes in our lives that are more or less a second chance.

You keep on going until you get it as close to being right as the time and patience of others will allow.

Nature doesn’t need people – people need nature; nature would survive the extinction of the human being and go on just fine, but human culture, human beings, cannot survive without nature.

Peace is not the absence of war but the presence of justice.

I am not the first man who wanted to make changes in his life at 60 and I won’t be the last. It is just that others can do it with anonymity.

I realized early on that success was tied to not giving up. If you simply didn’t give up, you would outlast the people who came in on the bus with you.

I’ve always been somewhere down from the top, so I’ve never had to suffer being knocked off the top. 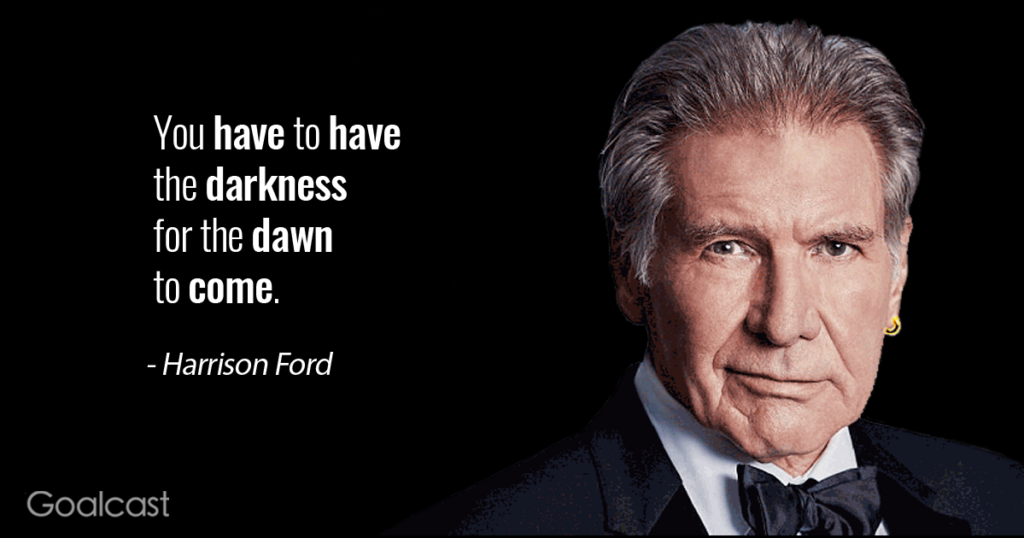 You have to have the darkness for the dawn to come.

If you’re going to define me properly, you must think in terms of my failures as well as my successes.

The third time you say a thing it sounds like a lie.

What’s important is to be able to see yourself, I think, as having commonality with other people and not determine, because of your good luck, that everybody is less significant, less interesting, less important than you are.

I don’t think I’ve mastered anything. I’m still wrestling with the same frustrations, the same issues, the same problems as I always did. That’s what life is like. 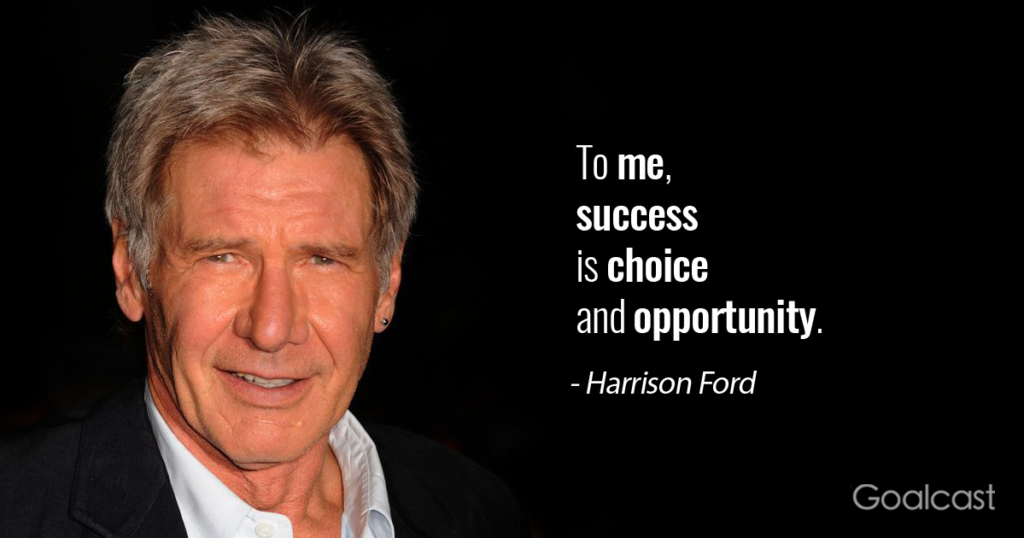 To me, success is choice and opportunity.

You may get real tired watching me, but I’m not going to quit.

I think retirement’s for old people. I’m still in the business, thank you. I’m enjoying my life and I want to stick around for as long as I can.

If I were a serious person, I’d probably have a real job.

I don’t do nostalgia. It just doesn’t occur to me. I’m living in the moment, and I don’t have that gene.

I retire every time I’m done with a movie. Then I go back. You know, I enjoy sleep. But I love to work; it’s fun for me. As long as it continues to be fun, and I’m tolerated by the people around me, I will do it.

Everything I do, I’m sort of half in, half out.

I think what a lot of action movies lose these days, especially the ones that deal with fantasy, is you stop caring at some point because you’ve lost human scale.

I was completely unprepared for the public spectacle my private life became, and didn’t like it a bit.

Why do I ask for directions? Because I hate wasting time.

Romantic love is one of the most exciting and fulfilling kinds of love and I think there is potential for it at any stage of your life.

Our health relies entirely on the vitality of our fellow species on Earth.