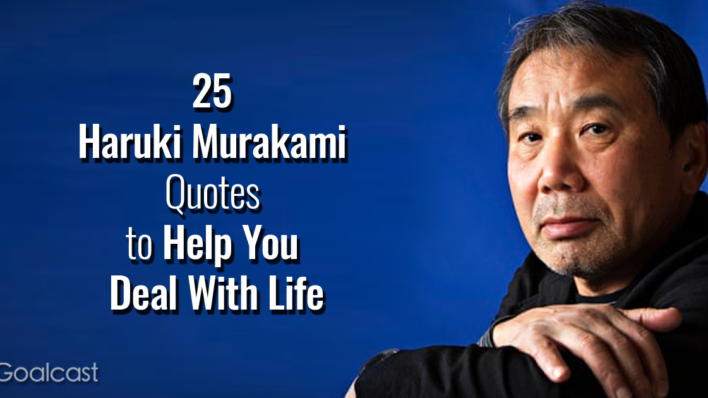 25 Haruki Murakami Quotes to Help You Deal With Life

While most authors dream of becoming famous writers from a young age, Murakami didn’t even know that he had the skill. After studying drama, he opened a coffeehouse and jazz bar, and writing was the last thing on his mind.

One day, as he was watching a baseball match, he got the sudden inspiration to write a novel – Hear the Wind Sing – a 200-page novel which he sent to a writing contest for new writers and won the first prize.

Murakami was never a big fan of Japanese literature, even though both his parents taught it. However, he probably inherited the passion for writing from them. The fact that he was rather influenced by Western culture was not well received by the Japanese people, but this didn’t make him change his writing style.

In 2006, Murakami was presented the international literary award, Franz Kafka Prize, and today he is considered to be one of the world’s greatest living novelists.

Here are 25 most insightful Haruki Murakami quotes that will help you deal with life.