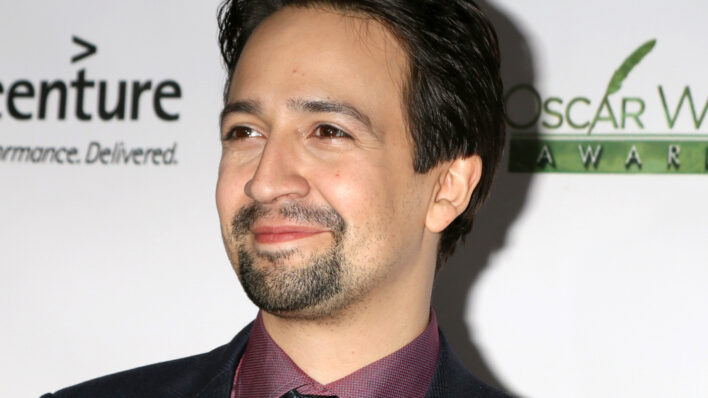 Hero of the Week: Lin-Manuel Miranda Shows Us What Real Activism Is

Nearly two months following the Category 5 hurricane, over 60% of Puerto Rico’s population is still without electricity. That means
By Sohani    November 17, 2017

Nearly two months following the Category 5 hurricane, over 60% of Puerto Rico’s population is still without electricity. That means

Nearly two months following the Category 5 hurricane, over 60% of Puerto Rico’s population is still without electricity. That means over 2 million men, women, and children are in the dark. With more than 472,000 homes in need of restoration, the $5 billion aid relief granted by Congress is dwindling fast.

In the wake of Hurricane Maria that hit the island mid-September, many celebrities and lawmakers have come forward pledging their support and sharing prayers with those affected by the devastation.

One of those voices that continues to tirelessly remind Congress and the American public of Puerto Rico’s humanitarian crisis, is Puerto Rican-native and Hamilton-creator Lin-Manuel Miranda.

In early October, Miranda released a charity single titled “Almost like Praying” to raise proceeds for disaster relief. The song was a mash-up of Miranda’s favorite song, West Side Story’s ‘Maria’.

Writing the song was easy, but putting it together was another feat entirely.

Miranda flew back and forth between LA, New York and Miami to record vocals with fellow Puerto Ricans, Jennifer Lopez, Luis Fonsi (Despacito), and other prominent Latin singers excited to help out.

In the song, the vocal-elite ensemble makes reference to all seventy-eight towns in Puerto Rico and share fond memories of what makes the island so special to them. The song went on to raise $3 million even before its release! You can listen to it below:

As if that wasn’t enough, Miranda has now turned his attention to working with emergency relief directly.

Earlier this month, Miranda announced plans for a $2.5 million aid relief package through his partnership with New York-based Hispanic Federation; an organization founded by his father, Luis A. Miranda. So far, seven local groups have received funds from the partnership and more groups are expected to see aid shortly. Twenty-five grants will be issued by the organization in the range of $50,000 to $100,000. This money will be used to set up temporary housing and deliver food and water to affected areas.

Thankfully, Miranda isn’t the only celebrity working towards effective change.

Other celebrities like Jennifer Lopez, Stephen Colbert, and Pitt Bull have taken it into their own hands to provide support for the victims of Hurricane Maria, following President Trump’s threat to pull relief from the island.

“The road to recovery in Puerto Rico is not a simple one nor is it one that relies solely on aid from the American government on the mainland… together, we will cultivate, fund and execute practical and actionable solutions to kick-start and continue the island’s road to recovery for years to come.” – Lin Manuel Miranda

If you would like to take action and help Puerto Rico rebuild, you can donate to the Hispanic Federation here.