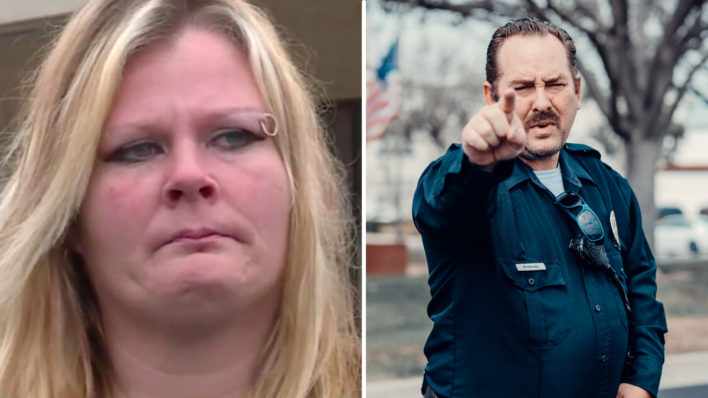 Two sheriffs deputies come across a homeless family and change their lives.
By Lindsey Staub    November 24, 2022

Two sheriffs deputies come across a homeless family and change their lives.

Police do much more than just handing out parking tickets and patrolling neighborhoods: They save lives.

“There was no light at the end of the tunnel,” Loveless said.

But because of the kindness and dedication of two Sacramento Country sheriff’s deputies, the Loveless family had reason to hope again.

Before this interaction with law enforcement, Loveless didn’t think of police officers as caring or helpful. Now, her views have changed.

“We only see the negative side of police officers and so to see this side of them is something really awesome,” Loveless said.

What did the officers do to so drastically change Loveless’s perception of them? First, they spotted Loveless and her children while patrolling a nearby homeless encampment.

When Officers Johnny Le and Tim Yee saw the family, they knew they needed to help. The officers approached the family, but Loveless didn’t expect their compassion.

“It was a shock because I didn’t know whether we were going to get in trouble or what,” Shannon recalls from the event.

“I kind of choked up a bit just to see the kids hungry, dirty,” Le said. “It touched me.”

The officers then returned with groceries for the family and toys for the children. They even helped the family temporarily move into a hotel while Social Services helped them find permanent housing.

How 2 Police Officers Proved the Importance of Compassion

Speaking about what the officers did for her and her family, Loveless got emotional. “Just for them to be able to have a warm place to sleep, watch cartoons, you know things that kids do. You take it for granted, but it’s been awesome,” Loveless said, tearing up.

Not only did the two officers change Loveless’s current situation, but they have re-inspired her.

“It’s a total game-changer,” Loveless said. “The motivation’s there and the morale kicked in and it’s like, ‘I’m ready. Let’s do this year right.’”

RELATED: Police Officer Spots 84-Year-Old Wandering on the Highway – Makes Her Get Into His Patrol Car After Talking to Her

The deputies are glad they have had the chance to show another side of what it means to be in law enforcement. “That’s a softer side of us. They see this — they see the flashing red and blue lights. They look at us bad,” Yee said. “We’re there to help them and their situation.”

But more than anything, Le and Yee are grateful they were able to help the struggling family.

“It was a completion in my heart and my partner’s heart that, you know, we did something very good for the family,” Le said. “I’m going to call that day a miracle.”

The officers did more than help a family find a home, they also gave them a reason to hope again. That hope, along with the financial and emotional support, will help the family get back on their feet.