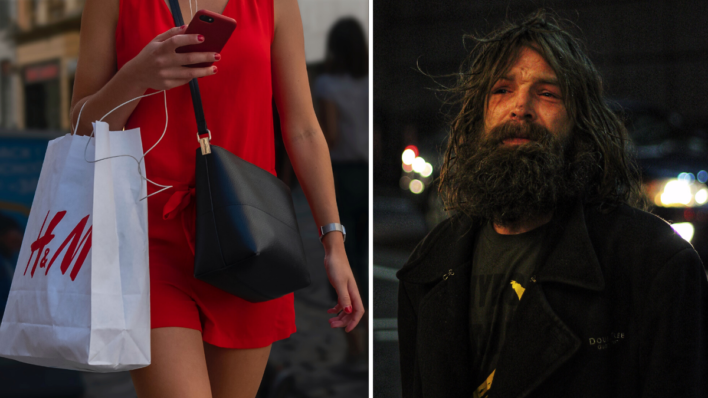 One woman didn’t know she had been instrumental in changing a stranger’s life until he decided to pay it forward.
By Sophie Babinski    June 27, 2022

One woman didn’t know she had been instrumental in changing a stranger’s life until he decided to pay it forward.

It is very rare that a person does something for truly selfless reasons. Often, people do kind gestures with the aim of getting something in return. Whether it be praise and applause from strangers or a quid-pro-quo, people often have ulterior motives.

However, there are special times when someone does something truly selfless and, expecting nothing in return, get rewards beyond their wildest dreams. Something like this recently happened to a woman at her favorite local shop.

An anonymous woman was headed to her favorite local H&M for some wardrobe staples when she came across a man she recognized. Usually, the man was more unkempt. She recognized him as a local homeless man who frequently begged for money in the area. He followed her into the store and asked if she remembered him despite his newly polished look.

Popped into HM to buy a sweater for work. This guy follows me in, says ‘You probably don’t remember me.’

Before she could even answer, the man pressed a $50 bill into her hand, explaining that she was one of the kind souls who had regularly given him money throughout his time on the streets.

How a $50 Bill Changed Two Strangers’ Lives in Many Ways

He explained that he had gotten on his feet and now had a job and a home. He was forever grateful for her generosity, and wanted to give something back to her.

“I see you walk down this street a few times a week and you give a dollar to at least one homeless person. You have given me at least $30 over the last 6 months,” the man said.

While a $50 bill is probably not life-changing for most people, it definitely was for both the man and the woman in this story. For the man, it represents dignity and a path forward — a clean slate on which he started a new life. For the woman, it represents the goodness of humanity.

Generosity and kindness both have a real-world impact, and sometimes seeing that impact with our own eyes can change our outlook on life.