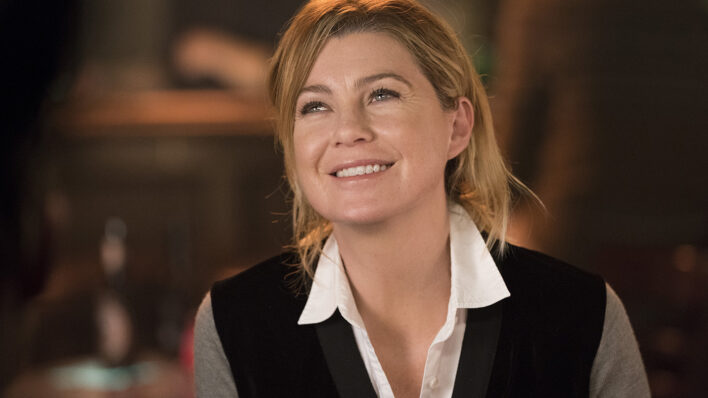 Ellen Pompeo has been the star of Grey’s Anatomy for nearly two decades, but she still had to fight to get the equal pay she deserves.

Ellen Pompeo has been the star of Grey’s Anatomy for nearly two decades, but she still had to fight to get the equal pay she deserves.

Ellen Pompeo hasn’t always been one of television’s highest-paid actresses; it’s a career milestone she fought hard for.

“I’m 48 now, so I’ve finally gotten to the place where I’m OK asking for what I deserve, which is something that comes only with age,” she told The Hollywood Reporter in a 2018 interview.

When Pompeo first saw the script for Grey’s Anatomy, she was less than enthusiastic and initially refused to audition for the show. Her goal was originally to be a movie star.

Fast-forward 14 years later: the hit drama has just entered its 16th season, and Pompeo earns over $20 million a year for her starring role as Dr. Meredith Grey.

How Ellen Pompeo chose her battle:

The actress has been the face of the record-breaking show for years, so when she learned that her co-star, Patrick Dempsey, was getting paid nearly double the amount she was, she became determined to prove her worth. After all, she literally put the “Grey” in “Grey’s Anatomy.”

Her opportunity came when Dempsey’s character, Dr. Derek “McDreamy” Shepherd, was killed off the show in 2015.

“They could always use him as leverage against me — ‘We don’t need you; we have Patrick’ — which they did for years. I don’t know if they also did that to him, because he and I never discussed our deals,” she told THR.

She had to fight on her own

Pompeo says she reached out to her co-star several times to see if he’d be willing to negotiate their salaries together but he wasn’t interested.

“At one point, I asked for $5,000 more than him just on principle, because the show is Grey’s Anatomy and I’m Meredith Grey. They wouldn’t give it to me. And I could have walked away, so why didn’t I? It’s my show; I’m the number one,” she said.

So, when he exited the show in season 11, and the network felt that Grey’s could not go on without the male lead, it became the actress’ mission to prove that it could — and it did.

Here’s how she fought for her worth and equal pay:

In the first few seasons of Grey’s, Pompeo had no idea of the significant pay gap between her and her co-star.

Not wanting to be seen as difficult or “too greedy,” she held back from asking for a pay increase until she began to recognize her worth.

She isn’t afraid to stand up for herself, but stays humble

Not only did Pompeo approach her co-star on multiple occasions to enter joint salary negotiations, she even asked for $5,000 more than him based on her role, which the network turned down.

She’s admitted it left her feeling defeated and wanting to quit the show, but she held on tight to her convictions and stayed on so she could support her family.

She never backs down

Not one to give up, Pompeo turned to Grey’s creator Shonda Rhimes for negotiating advice after Dempsey left the show. She was determined to try again.

When the show’s ratings spiked after Dempsey’s departure, she knew it was her time to take action, so she did her research, and found out how much money the show generated for Disney, and used those numbers to support her negotiations.

She isn’t afraid to ask for what she wants

Not only was she able to secure an unprecedented deal that has her earning over $20 million a year ($575,000 per episode) for the next two seasons, but Pompeo also negotiated for more creative freedom in her work.

Since then, she’s directed two episodes of Grey’s Anatomy and founded her own production company, Calamity Jane.

If the titular star of the longest-running medical drama in TV history still had to fight to be paid what she deserves, then we must all take her battle to heart, and fight for our own equal treatment and right to parity.