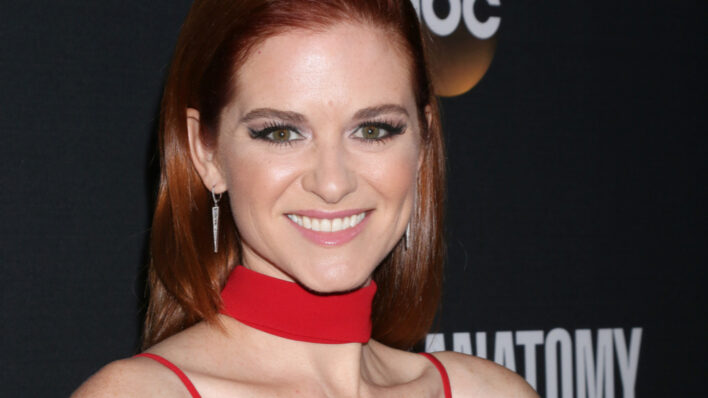 We’re still coming to grips with the bittersweet but beautiful exit of Sarah Drew’s April Kepner from Grey’s Anatomy. So
By Eliza Theiss    May 18, 2018

We’re still coming to grips with the bittersweet but beautiful exit of Sarah Drew’s April Kepner from Grey’s Anatomy.

So let’s take a moment to appreciate the gift that her 10-season arc has been to viewers, fans, persons of faith and those dealing with loss – including the most terrible kind: the loss of a child.

As fans will remember, April and Jesse Williams’ Jackson Avery became unexpectedly pregnant in season 11, but as it’s so often the case in Shonda Rhimes’ series, the joy was short-lived.

Baby Samuel Norbert Avery was diagnosed with Osteogenesis Imperfecta type 2, an unforgiving and incurable affliction. A gut-wrenching decision had to be made, as Samuel’s bones where already breaking in the womb – the couple induced at 24 weeks of gestation and held Samuel for the few short hours that he lived.

My nine years on Grey’s Anatomy has forever shaped and changed me. I grew as an actor and as a human. I developed beautiful life long friendships. I found my voice and learned how to collaborate creatively with our incredibly talented group of writers and with our leadership. Our writers are simply extraordinary. This past year, I began my journey as a director and had the privilege of being taught by Chandra Wilson, Kevin McKidd and Debbie Allen. I was able to grow my family and have my two beautiful children while working in an environment that took great care of me thanks to Shonda Rhimes and the precedent she set. And I got to be a part of a show that continues to push boundaries, inspire people to pursue their dreams, find strength in hardship, and fight for what they believe in. What an honor and a privilege to have had the chance to be a part of this extraordinary family.

Many of us cried our eyes during the emotionally-charged episode thanks to the actors’ amazing work. But for some viewers, as terrible it was to watch, the episode, and Sarah Drew’s stellar portrayal of a mother trying to cope with the loss of child brought closure, a sense of understanding, and perhaps even more importantly, a sense of kinship.

Three years on, viewers still regularly reach out to Drew on social media, telling their own stories of loss and grief, thanking the actress for her work. And Drew has always been there, with a kind word and support.

In fact, the Grey’s fandom came together to raise money for Osteogenesis Imperfecta in the name of the fan-favorite couple earlier this year, to thank them for their amazing work.